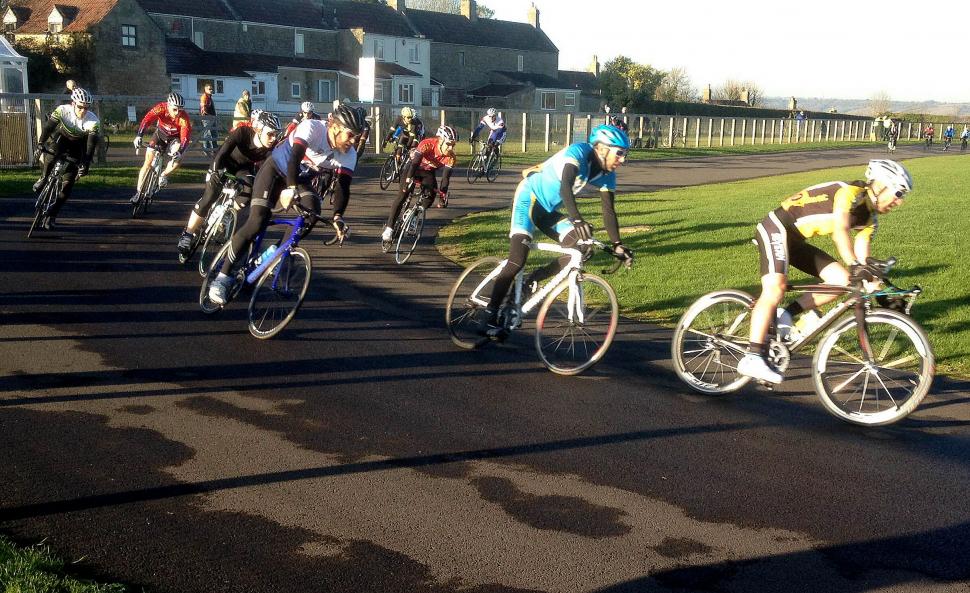 Has glass in the asphalt stopped the racing at Odd Down Cycle Circuit?

A number of riders have been experiencing punctures
by Alex Bowden

While the Odd Down closed road cycle circuit in Bath remains open for coaching and recreational use, racing is currently suspended. There have been reports of riders sustaining punctures due to glass in the asphalt and it is not yet known when the facility will reopen.

“British Cycling, along with Bath & North East Somerset Council and GLL, the leisure operator of Odd Down Closed Road Circuit were recently made aware of an issue following a number of riders experiencing punctures.

“British Cycling has taken the decision to temporarily suspend all racing at the circuit, as a precautionary measure in the interest of racers.

“Work is now underway to establish the cause and extent of the problem, with all parties working together to attempt to resolve the issue as quickly as possible.

“The circuit will remain open for coaching and recreational use.  We will continue to closely monitor the situation as we work towards implementing an effective long-term solution.”

David Stoyle is Bath CC’s youth cycling co-ordinator and regularly uses the circuit. He told road.cc that the suspension of racing would leave a large hole in the local cycling scene.

While the nearby Castle Combe circuit is still available, it sees much bigger fields and is a much less technical course, so Stoyle says it is not such a good course to learn on. “As for the winter, there’s absolutely nothing going on close by.”

Stoyle suggests that the problem might be down to glass in the aggregate – “which from what I understand isn’t an unusual thing to use for making asphalt.”

This is indeed true, and in fact in 2002, the BBC reported that one firm was manufacturing ‘glasphalt,’ made of 30 per cent crushed glass.  Tests by the Transport Research Laboratory indicated that glasphalt performed as well as natural materials. It was said not to puncture tyres because the pieces were rolled flat.

The Odd Down surface has been raced on since spring 2013 and while there have been few problems before now, according to Stoyle early signs that something might be awry came last season.

“As you came up the finish straight last year, as the sun sets, you could see the tarmac glinting. At first people thought it was kids chucking bottles on it, but when you looked at it closely, obviously it wasn’t that big.”

While visible in the right light, the glass doesn’t seem to have been a major problem back then. As Stoyle puts it: “There was the odd puncture, but you expect the odd puncture.”

More recently problems have been more apparent. At one of the last events run before the circuit was closed, as many as five riders punctured. It could be that winter has had an impact on the asphalt with frost damage and bad weather causing more glass to become exposed.

With concerns about the safety of competitors, the risk management team at British Cycling were contacted and after inspecting the surface, their view was that there cannot be any further racing at Odd Down until it is safe to do so.