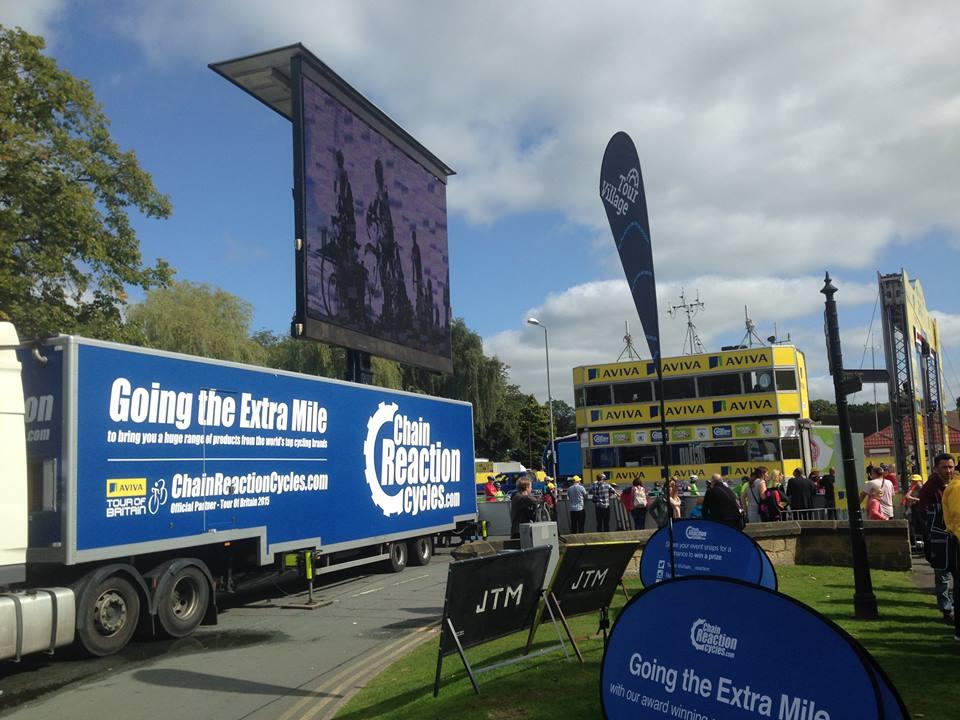 The UK’s largest online cycling retailer, Wiggle, is reportedly set to buy its biggest rival, Chain Reaction Cycles, according to trade publication BikeBiz, citing “multiple sources.” Rumours that Wiggle might buy Chain Reaction have been doing the rounds for the past few months, and seemed to firm up significantly at last week's round of UK trade shows.

BikeBiz says that neither business would confirm that a deal was in the pipeline, although it adds that its sources say it is “highly likely” to happen within the next week.

Both retailers were launched in 1999 and have their roots in bike shops with owners who were quick to spot the potential of the internet for cycle retail – Portmouth’s Butlers Cycles in the case of Wiggle and, for Chain Reaction Cycles, Northern Ireland’s Ballynure Cycles.

Wiggle is majority owned by private equity firm Bridgepoint Capital, which acquired it in a deal worth a reported £180 million in 2011. Since then, there have been periodic rumours of a sale or stockmarket flotation.

There have been reports since then that the private equity firm has been planning a sale of the business or a stockmarket flotation.

Last year, Wiggle moved to a new warehouse facility in Wolverhampton, having outgrown its Portsmouth premises, although its headquarters remain in the Hampshire city.

Chain Reaction Cycles, which sponsors the points jersey at the Aviva Tour of Britain and the An Post Chain Reaction UCI Continental team, remains owned by the Watson family.

> Gallery: Behind the Scenes at Tour of Britain with Chain Reaction Cycles

Would any deal between the two need to be referred to the Competition & Markets Authority? We'd guess not, even the combined 2014 sales come in short of the £295.2 million that we calculate Halfords derived from cycling in the year to March 2015.

That's because while Halfords derives all its sales from the UK and the Republic of Ireland, much of both Wiggle's and Chain Reaction Cycles' sales come from abroad - a reported 40 per cent in the case of the latter.

Halfords says it has a share of between 20 and 25 per cent of the UK cycling market, estimated by Mintel to be worth £1.5 billion.

1
Video: Drone footage shows black bear chasing cyclist
2
Video: Cyclist jumps out of way to avoid being crushed after lorry driver fails to see her
3
Near Miss of the Day 573: Close pass van driver asks cyclist, “Two feet is enough, isn't it?”
4
James May claims he is now 'well buff' after cycling throughout lockdown
5
Do certain types of clothing make cyclists seem 'less human' to motorists?
6
Driver arrested on suspicion of assault after Audi 'mounts kerb' and collides with cyclist
7
Brexit cost bicycle business £250,000 in two months
8
Residents say they are 'prisoners in their own homes' after School Street scheme introduced