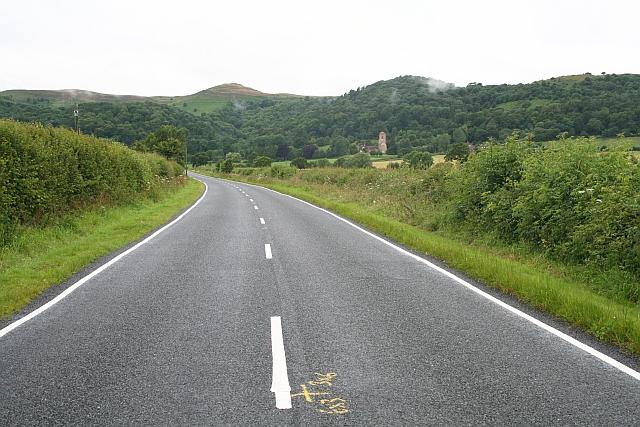 National cycling charity CTC has told road.cc it welcomes the government encouraging highways authorities removing centre line markings on narrow rural roads in the interests of road safety, provided such measures are accompanied by lower speed limits and the addition of cycle lanes.

Several national newspapers have focused on the issue in recent days, including the Guardian, which highlights how road safety groups are divided on the issue.

The newspaper reports how Norfolk County Council is liaising with the Department for Transport about removing white lines from certain narrow roads in the north of the county such as the A148 between King’s Lynn and Cromer. It is also proposed to cut the speed limit to 40 miles per hour.

The council’s assistant director for highways, Tracy Jessop, confirmed it had removed white lines in a number of places in recent years where local residents backed the proposals.

“We follow national guidance when designing any scheme and know the removal of a centre white line wouldn’t be suitable on main roads with high traffic flows, but it can work well on certain quieter roads which already enjoy lower traffic speeds,” she explained.

Trials have taken place elsewhere in the country, with Transport for London saying it recorded a fall of up to 13 per cent when white lines were removed from two roads in Croydon and on the Seven Sisters Road in Haringey.

And in Wiltshire, the county council has removed them in around two dozen locations where there is street lighting.

“It is something we still consider in areas we think it might work. There are now around 25 roads in the whole county,” a explained a spokesman for the council.

“It tends to be in village settings where fewer markings could be aesthetically pleasing, as well as improving safety by making drivers more careful.”

According to the The Parliamentary Advisory Council for Transport Safety (PACTS), roads that had just been resurfaced were especially suited to having no markings.

Its executive director, David Davies, told the Guardian: “A brand new surface can encourage drivers to go faster, but a lack of markings could counter that, reducing speed, say, from 35 to 28mph, and that could make a significant difference.”

CTC told road.cc that they followed the approach adopted by PACTS, albeit with a couple of qualifications, and their Space for Cycling guide also touches upon how it can be applied in urban as well as rural settings (see page 5).

Sam Jones, campaign co-ordinator at CTC, told road.cc: “Simply removing a central line on a rural road from a cyclists’ perspective is not good enough if not also accompanied by speed limits of 40mph or less and the addition of cycle lanes.

“If there is no central line, the speed limit is low and cycle lanes are introduced, this environment can help create a psychological traffic calming effect and is something CTC calls for through our Space for Cycling campaign.”

Research previously commissioned by CTC has shown that motorists give cyclists more room when overtaking if central markings are absent.

Drivers give cyclists more space on roads without central markings

However, Gary Rae, campaigns director at Brake, said the focus should be on casualty reduction and not just reducing speed.

“While crashes at lower speeds can mean fewer deaths and serious injuries, this data only seems to look at a possible reduction in average speed and not the number and nature of any collisions,” he explained.