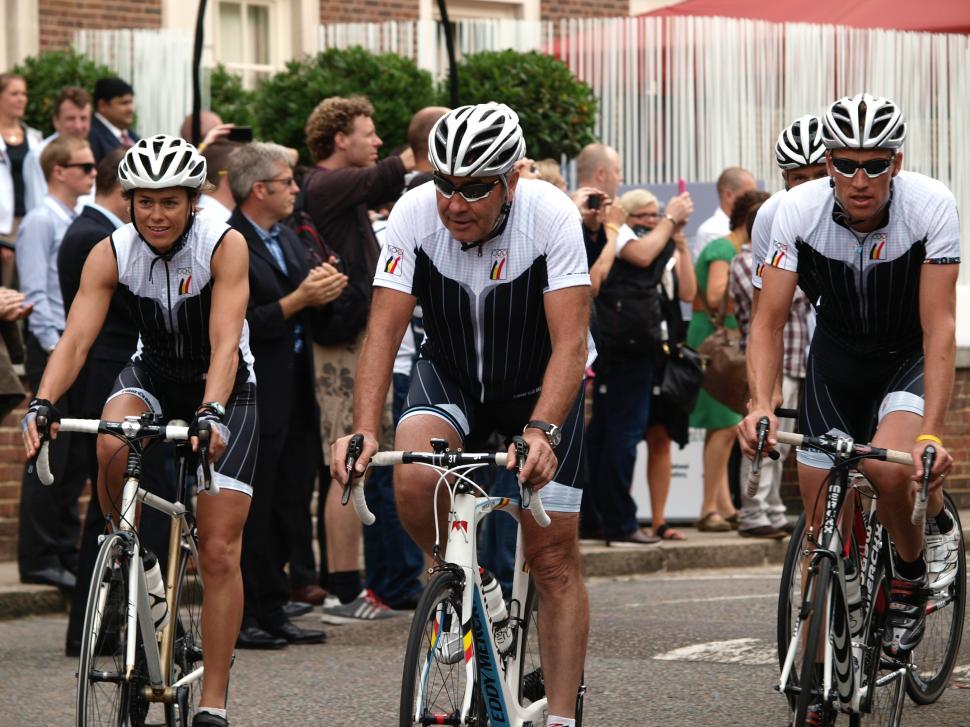 Eddy Merckx says riders caught using hidden motors in their bikes should be banned for life and that cheating in that way is worse than doing so by taking drugs. He was reacting to the scandal surrounding fellow Belgian Femke Van den Driessche.

Under rules introduced by the UCI last year, currently there is a minimum ban of six months and a fine of between CHF20,000-CHF200,000.

> All you need to know about concealed motors

UCI staff discovered the concealed motor in a bike in the pit area on Saturday at the Cyclo-cross World Championships in Zolder, Belgium while the women’s under-23 race was taking place.

Van den Driessche, aged 19, was favourite to win the event following a season in which notable results included her finishing second in a world class field at the Koppenbergcross, a performance that has now been called into question, including by Merckx himself.

“From what I saw yesterday on the television, it was not the first time,” he said. “They also showed a cyclo-cross on the Koppenberg and it was not normal. For me, it’s the worst thing you can do. You might as well go by motorcycle.”

> Did Van den Driessche cheat on the Koppenberg? Watch here ...

“That’s nothing to do with cycling anymore. That’s motorcycling. They have to go riding with [nine-time MotoGP world champion Valentino] Rossi.”

While there has been widespread speculation about the use of hidden motors in professional cycling since 2010, with Fabian Cancellara and Ryder Hesjedal among the riders to have fallen under suspicion.

The Van den Driessche case is the first time a concealed motor has been found at a race, but Merckx believes it is a one-off occurrence rather than being reflective of a widespread practice.

“I don’t think so; I don’t think the other ones are so stupid to do something like that. That can only happen with riders who don’t have experience. What has happened is very bad for cycling,.”

Merckx, the winner of 11 Grand Tours, 19 Monuments and three world championships, had a confession of his own to make, however.

“I also have an electric bike, but not for racing. It’s for climbing, for my health,” said the 70-year-old, who was fitted with a pacemaker in 2013 and also underwent heart surgery the following year.

“But for racing, I would never use something like that,” he added. “That’s very bad.”