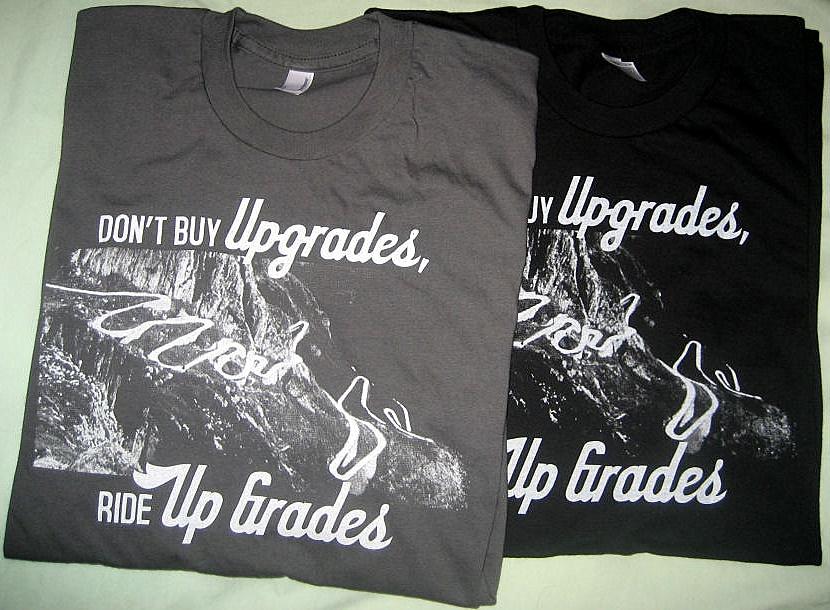 The wisdom of Eddy, from NY brand Laek House

You can never have enough profound tee shirts
by nick_rearden

Always on the lookout for an imaginative cycling-themed tee shirt, we did a double take when we saw this "Don't Buy Upgrades - Ride Up Grades" design and wanted to find who was behind the commendable philosophy.

We tracked down Ethan Benton in Brooklyn, New York where he started his company Laek House five years ago. According to Ethan, "It was the situations I encountered as a rider in NYC that motivated and inspired me. The very first shirt I designed and sold was ‘Boy vs Door’ and the graphic showed a cyclist with their bike ‘vs’ a car door. I had moved into Manhattan about five years prior and riding in the city presented some new dangers to me - like getting doored. The ‘Boy vs Door’ was my attempt to showcase a danger that both cyclist and the exitee of a car might not be aware of."

His experience as an urban rider led directly to the development of his Enhanced Light Visibility System or ELVS, essentially a technique for printing Retro-Reflective inks onto the kind of cotton stretch casual fabrics used for tee shirts.

Over time, says Benton, "the designs focused more and more on what I view as the souls of cycling. I say ‘souls’ because there is an innate duality in cycling, that of the rider and the bicycle itself. There have been legions of skilled and creative frame and component builders over the years. I’m especially excited to learn more about the French constructeurs and the porteurs they built in the years following World War Two.

"The professional ranks," he goes on, "have seen amazing riders like Marco Pantani, Luis Ocana, Mario Cipollini. Some of whom have lived and died, succeeded and failed, and left legends so human and fragile that I cannot help but pay attention. In fact the two latest models celebrate Tom Simpson and the wisdom of Eddy Merckx."

Which is where we came in as the "Don't Buy Upgrades..." quote is attributed to Sir Eddy. Who knows whether he said it or not; it sounds like he should have done.