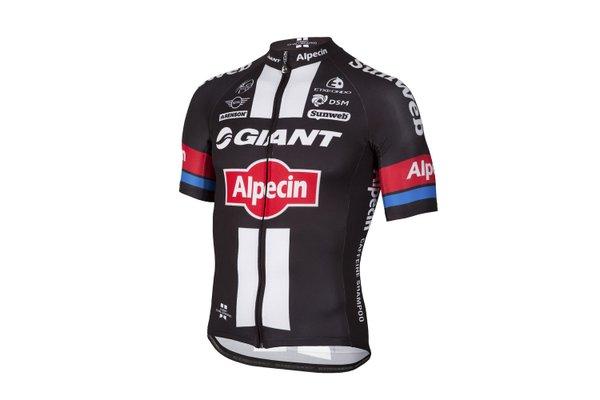 Collision took place today during training near Calpe and Spain. Warren Barguil and John Degenkolb are among those injured
by Laura Laker

Six Giant-Alpecin riders are being treated in hospital following a head on collision with a car, reportedly driven by a British woman, at a training camp in Spain yesterday.

The team were reportedly riding side by side on their own side of the road near Calde, when they were hit head-on by a vehicle coming in the opposite direction.

John Degenkolb (GER), who has already had surgery to a cut on his upper leg following the collision, is now receiving treatment to his hand and to a fracture on his forearm. Degenkolb suffered a partially detached finger in the crash.

On his Facebook page, en route to a larger hospital in Valencia to have his left index finger “restored”, Degenkolb wrote: “I'm all right, considering the circumstances. Under general anesthesia were earlier the wounds on the thigh, forearm and lip sewn.

He said of the finger: “He just hung on the last corner to my hand.”

Chad Haga (USA) was airlifted to hospital, where surgery to neck and chin wounds was successfully carried out. An orbital fracture will be treated later, it is understood.

Frederick Ludvigsson (SWE) and Ramon Sinkeldam (NED) received scratches and bruises all over their bodies, while Max Walscheid (GER) has a fractured hand and tibia, on which surgery is likely required.

Team CEO, Iwan Spekenbrink, said: “It has been a very tough day for the team and the riders will need time to recover. This team — riders, both men and women, and everyone in the organization — feels like a band of brothers and sisters. Together, and by standing by each other, the team will come out of this stronger than ever.”

Following the collision yesterday team physician Anko Boelens “Everyone on the team is in shock right now, and there are some major issues that we need to take care of, but we also realize that we have had some luck on our side”.

“Everyone is conscious, stable and approachable, but we are waiting for the latest information and consult the doctors in those hospitals about the treatments needed for the riders.”

[1/2] There was an accident in training today at our camp in Spain. Some riders involved in the crash went to the hospital for a check...

It was a terrible 24 hours for the professional peloton, with Movistar’s Adriano Malori admitted to intensive care on Friday night during the final 30km of stage five the Tour Down Under. Malori had hit a pothole at the front of the peloton, flipping him off his bike and causing a pile up. Malori has since been reported as stable, with signs of improvement, by Movistar.