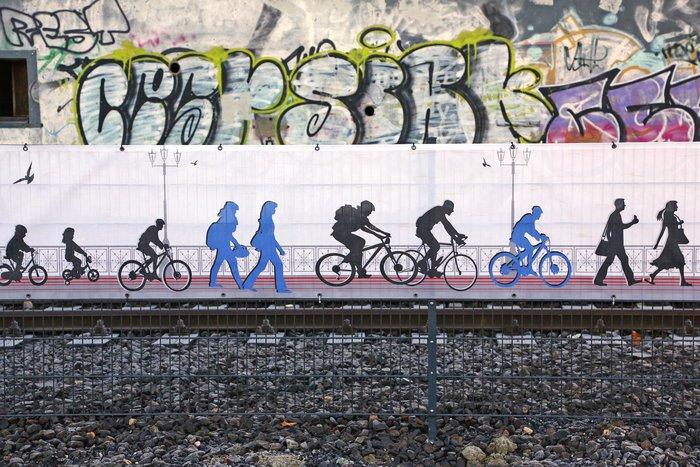 Study estimates track should take 50,000 cars off the roads every day
by Alex Bowden

AFP reports that Germany has just opened the first 5km stretch of a traffic-free bicycle highway that is set to span over 100km. Running largely along disused railroad tracks, the network will connect 10 western cities in the Ruhr region.

Cities to be linked include Duisburg, Bochum and Hamm as well as four universities. Martin Toennes of regional development group RVR said that almost two million people live within 2km of the route and will be able to use sections for commuting. A study by the group calculates the track should take 50,000 cars off the roads every day.

Munich is also planning a series of four-metre wide, two-way segregated lanes, unsullied by crossroads or traffic lights and Birgit Kastrup, who is in charge of the project, said it was important to find a means of funding them. Further bicycle highways are in the pipeline for Berlin and Frankfurt. Most will feature lit paths which will be cleared of snow in winter.

In Germany, cycling infrastructure is the responsibility of local authorities. For the first 5km stretch of track in the Ruhr region, the cost was shared, with the European Union funding half, North Rhine-Westphalia state contributing 30 per cent and the RVR investing 20 per cent.

Toennes said that talks were ongoing to raise the €180 million needed for the entire 100km route. "Without support, the project would have no chance," he said. The state government is therefore said to be planning legislation to take the burden off municipalities. Berlin, meanwhile, is looking into a private financing model based in part on advertising along its routes.