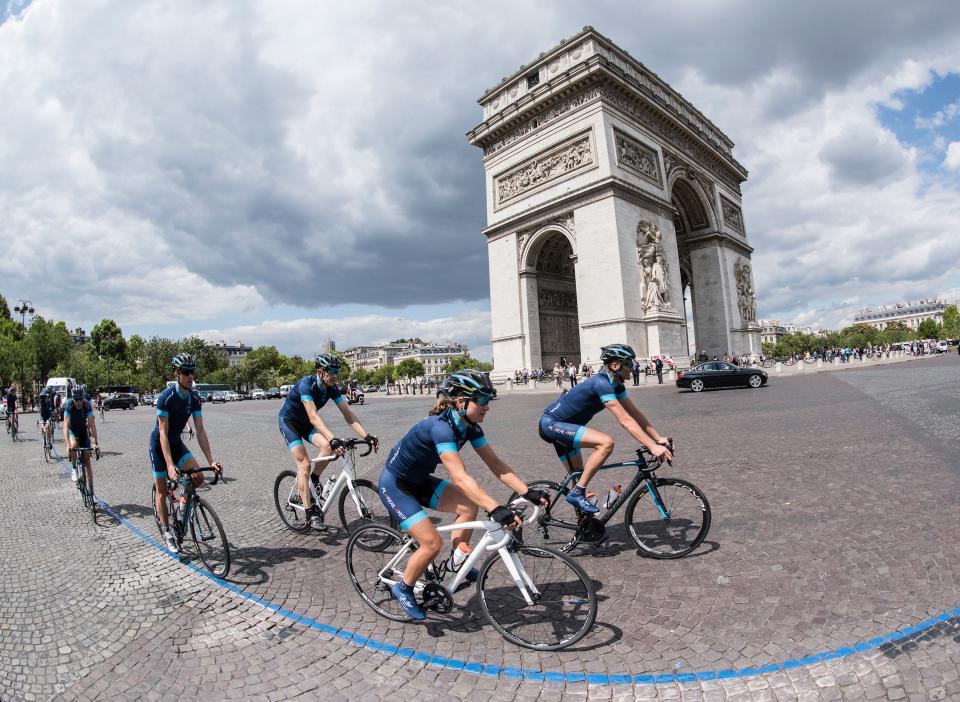 Charity fundraiser is one for the bucket list - if you can afford the £50,000 fee
by Simon_MacMichael

Former England footballer Geoff Thomas will once again be riding the route of the Tour de France a day ahead of the actual race next summer – and he’s looking for 20 cyclists to join him and help raise £1 million for charity.

This year’s ride hit the headlines when Thomas, who overcame leukaemia after contracting the disease in 2003, invited fellow cancer survivor Lance Armstrong to join him for two stages, with the American’s presence condemned by both ASO and the UCI.

It will cost riders signing up to the three-week ride £50,000 to participate in Le Tour 2016 - One Day Ahead, including a deposit of £10,000 payable immediately to secure a place.

The event’s website gives full details of what that includes, and also summarises the features as follows:

“The goal of Le Tour – One Day Ahead is simple; to give you the nearest experience you can get to being part of a pro-team.

“Full rolling road closures, team bus, service vehicles, motorcycle outriders, dedicated mechanics and full medical, nutritional and sports-physio support as well as the cheers and support of the spectators already lining the course in anticipation of the pros.

“As a finale we'll stay two nights at a beautiful 5-star hotel in Paris to celebrate the achievement, recover from the previous 21 days and also to watch the pros arrive the day after.

“A truly once in a lifetime, bucket list event, that only 20 cyclists can take part in.”

Potential participants will need to undergo an initial fitness check by Wattbike, which will also provide a training programme to ensure they can cope with the rigours of the three weeks’ riding which will include the Alps, Pyrenees and Mont Ventoux.