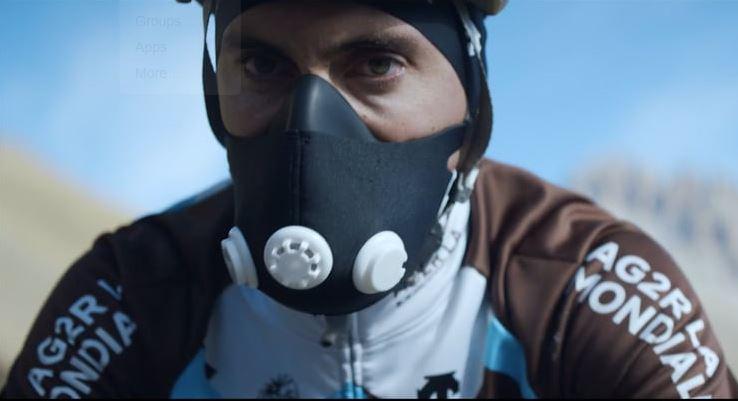 Toughest climb ever for Guillaume Bonnaford of AG2R, who's ridden six Grand Tours...
by Simon_MacMichael

With six Grand Tours under his belt, AG2R La Mondiale rider Guillaume Bonnafond has conquered some of cycling’s toughest climbs – but none harder, perhaps, than his attempt on the Galibier in this video, where he wears a facemask to replicate the effects of a debilitating lung disorder.

Produced by Philips, the video aims to highlight the difficulties encountered by an estimated 20 million people worldwide who suffer from Chronic Pulmonary Lung Disorder (COPD), predicted to be the third biggest cause of death worldwide by 2030 after heart disease and strokes.

Philips Presents: The Restriction from T Brand Studio on Vimeo.

According to the National Health Service, COPD “is the name for a collection of lung diseases including chronic bronchitis, emphysema and chronic obstructive airways disease.

“People with COPD have difficulties breathing, primarily due to the narrowing of their airways, this is called airflow obstruction.”

It adds that “typical symptoms of COPD include increasing breathlessness when active, a persistent cough with phlegm and frequent chest infections.”

“What we want to do in this experiment is to use a mask to obstruct his breathing capacity by 50 per cent to replicate what it feels like for people who suffer from COPD,” explained Dr Jean-Jacques Roux.

So how tough did the 28-year-old find riding one of cycling’s most fabled climbs, which reaches an altitude of 2,645 metres, with that mask on?

“With the mask I felt really bad at the beginning, as if I were breathing through a straw,” he said.

“I quickly ran out of breath. It was as if my metabolism were totally blocked.”

“During the climb, we realised that Guillaume was really suffering so that he lost direction and was starting to zigzag along the road,” said Dr Roux.

“His speed was decreasing rapidly to around 7 or 8 kph showing that the bronchial obstruction and hypoxia that COPD sufferers live with permanently are very debilitating for their physical performance.”

He added: “As a security measure, we asked him to stop.

Bonnafond said: “I felt as if I were about to faint. My head was spinning and it was as if I had a metal bar in my head.

“It’s as if you have something constantly pressing on your chest that’s suffocating you. It’s really unpleasant."

The difficulties Bonnafond encountered highlight the achievement of Philippe Poncet, a cyclist featured in another video from Philips who does suffer from COPD, in riding another Alpine climb, the Col du Lautaret.

He did so with the help of a team of doctors and cyclists, one of whom carried an oxygen bottle, fixed through a tube to Poncet’s nose as he tackled the 2,057 metre ascent.

After completing the climb, which was rated Category 1 in last year’s Tour de France, he reflected: “It’s arriving at the summit saying, ‘I said I would do it and I did it’,” adding, “We suffocate 24 hours a day.”

Philips Presents: Beyond Every Limit from T Brand Studio on Vimeo.