The DealCatcher’s been hijacked, turns out these guys have some clinical deals on men's and women's bikes...
by Elliot Johnston

Reporting back to us from the underground deal laboratories of the Cycle Surgery headquarters, the road.cc DealCatcher has discovered that there are some amazing deals to be had over at cyclesurgery.com.

It turns out Cycle Surgery have something of a bike bunker, and stashed in the depths of that bunker is a treasure trove of bargain bicycles, which the DealCatcher has uncovered.

As a result the cream of the crop are now on sale including a smashing deal on a Willier, and a stunning price-slashed women's Scott race bike.

Get your wallets ready. The deal doctors will see you now. 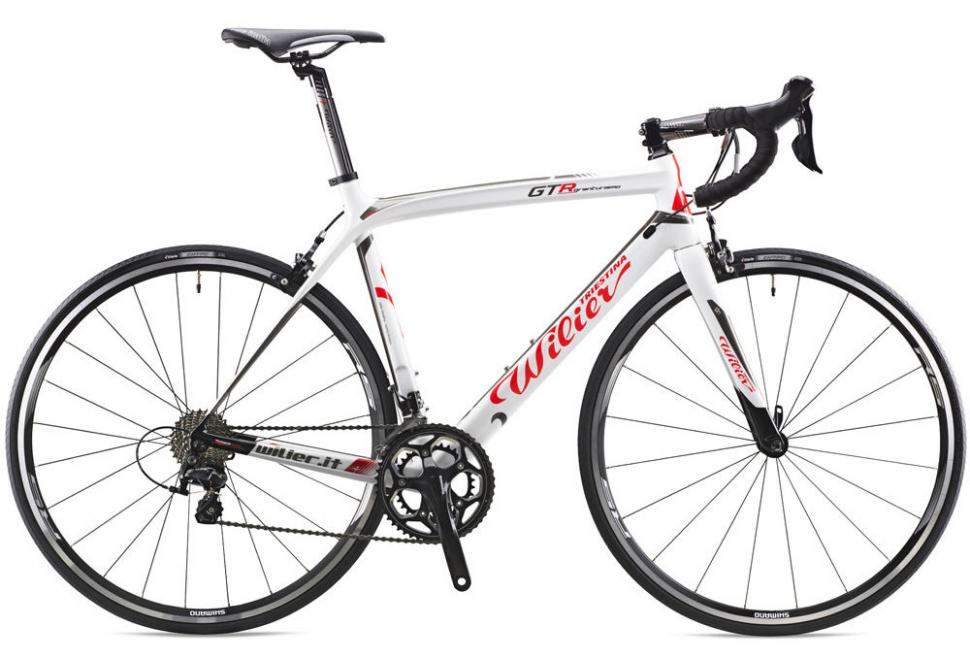 Pegged as the perfect road bike for both cycling enthusiasts and racers who are after a high-end carbon racer, the GTR will certainly tick boxes for all sorts of riders looking for a bargain.

Williar say that they've taken a lot of what made their Gran Turismo model great, and have distilled those qualities down into their mid-£1000 GTR model.

We reviewed the Gran Turismo and discovered it to be lightweight, nimble and very comfortable race bike, billed as a sportive master. You can check out our review below.

The GTR runs Shimano 105, on an incredibly streamlined carbon frame. At a touch over £1000 after the 30% discount you'll struggle to find a better looking racer around. 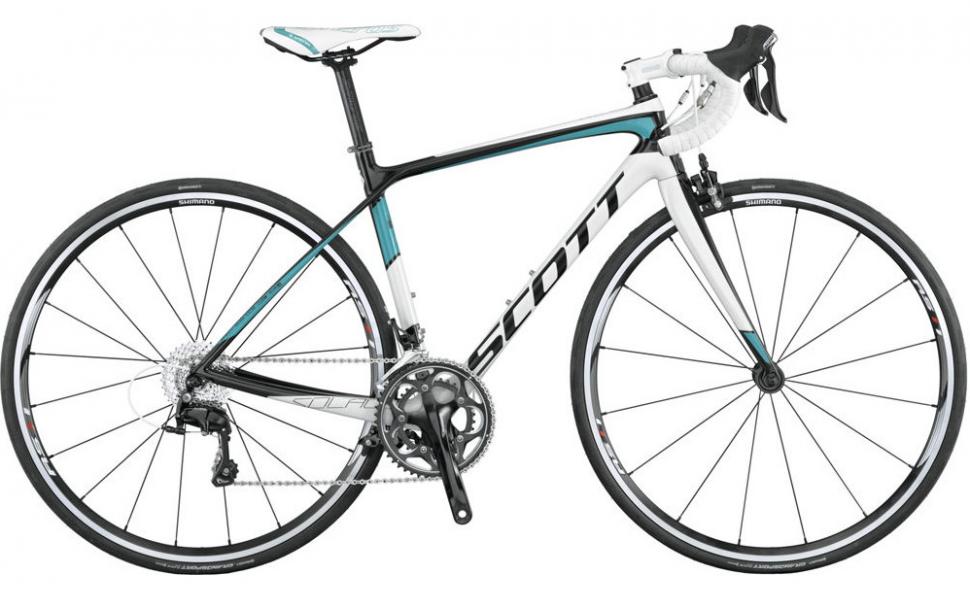 Talking about good looking racers, the Scott Contessa Solace 25 is ready to take female road riders to the next level.

The Contessa runs Shimano 105 on a lightweight HMF carbon frame full of female-friendly features, including a specialised carbon on top of the woman-specific geometry.

At 29% off the Contessa Solace 25 represents incredible value for money. 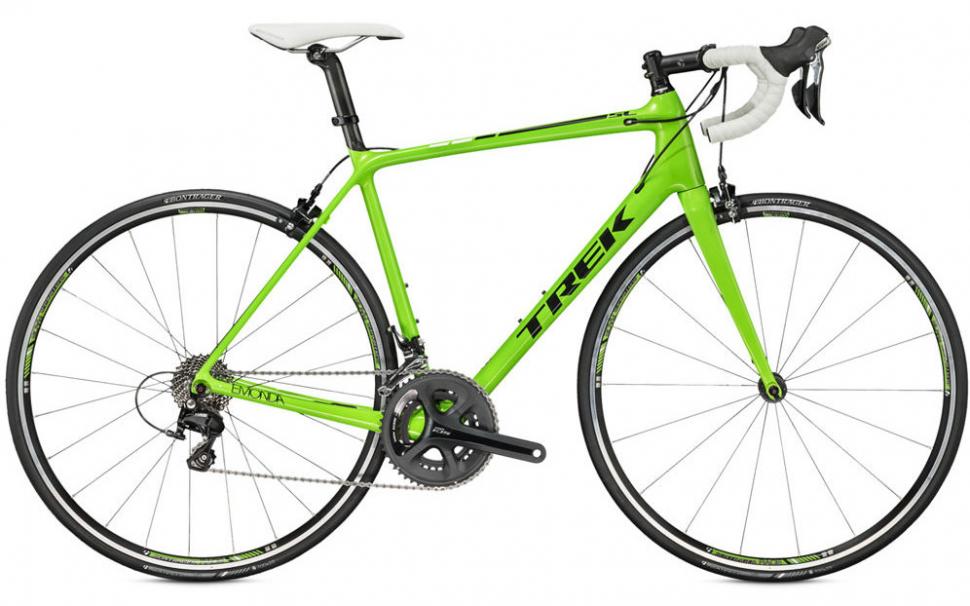 Trek's Emonda line was dubbed as the lightest production line of road bikes ever, and the SL5 certainly weighs in well in that department - 8.1kg for the curious amongst you.

But it's not all about weight - no matter what Trek will have you believe. A bike as a singular entity is the combination of components, and the SL5 as the range's middle man, hosts a respectable set.

At over a quarter off, and flying in £100 under that illusive £1500 price point, you're getting a lot of bang for your buck here. 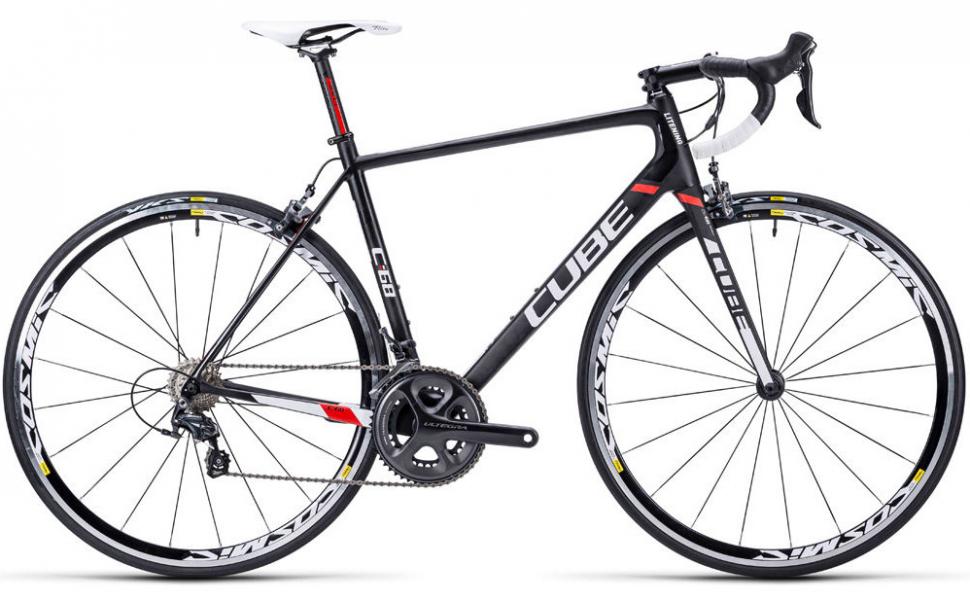 Now we're down to two Cubes. The first has seen a sold 20% reduction, and the second - the Cube Axial below - has a slightly lower 15% off.

First up is the Litening. It's the most expensive bike on our list, and rightly so. The Advanced Twin Mould Carbon frame sets the tone for this blisteringly fast race bike; a tone which is continued by the Mavic Cosmic Elite deep wheelset and Shimano's second-best groupset - the Ultegra.

Getting your hands on a racer of this calibre for under £2000 can be difficult, but if you need a bit more convincing, check out our review of the Lightning's big Di2-rocking big brother. If you've not already been sold by the sleek paint job, check out the set of specs.

A GTC Monocoque Twin Mould frame and matching CSL Race Carbon Fork will give you a stunningly quick and ludicrously light ride.

The Axial's Shimano Ultegra components will help you sail through the gears and up the sides of mountains, and the Mavic Aksium wheels will keep your ride true and pacey.

If you're after an upgrade to your ride, you'd not only struggle to find a better looking bike, but in terms of the kit on offer, the price is pretty sound too.