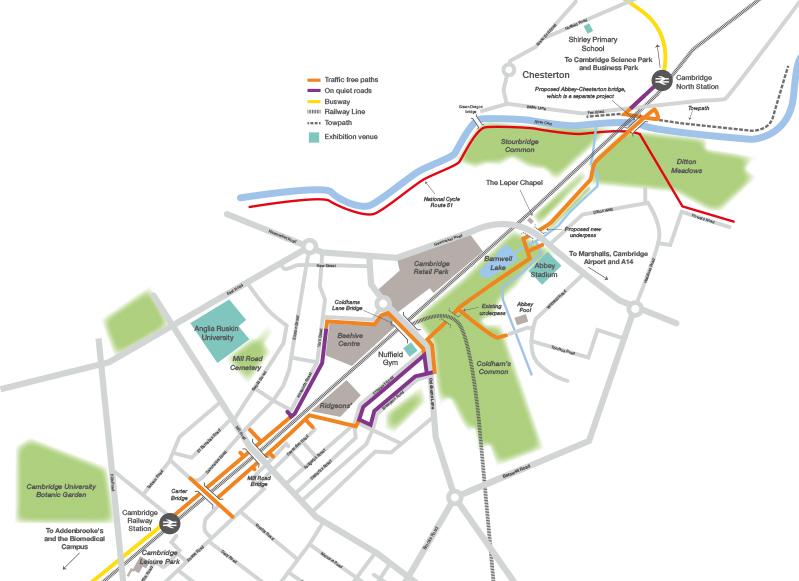 A cycling advocate on Cambridge County Council has called on the city to lend Alan Turing’s name to a new cycle bridge that could form a key part of the landmark Chisholm Trail and provide easy access between Abbey and Chesterton.

Cllr Noel Kavanagh, suggested Turing, a former University of Cambridge scientist is famed for saving millions of lives in the Second World War by cracking the German Enigma code.

Now, he says, naming a new cycle bridge on Ditton Meadows in his honour would be a fitting legacy.

"The name I'd like to give to this bridge is to recognise Alan Turing, the great code breaker," Cllr Kavanagh told Cambridge News.

"He had a very close association with this area because he actually used to do his marathon run along the river between Cambridge and Ely.

"At some point when this bridge is complete there will be huge debate about the name – so I'd like to put the Alan Turing Bridge name forward."

He added that the city was home to a number of "misguided NIMBYs" who have criticised the proposed bridge.

Some say that it could spoil the character of the meadows and criticise a supposed lack of evidence about whether people will use it.

Cllr Kavanagh, who sits on the county council committee that will determine whether to proceed with the bridge, said: "I think we have warded off the protests from the misguided NIMBYs – I think common sense has prevailed."

"We're a city that's plagued with cars and we're attempting to move people on to their bicycles. There should be no NIMBYs involved in this. We should just press ahead and do it.

A decision on whether to proceed with the bridge will be taken by the county council's economy and environment committee on Tuesday, November 17.

Turing himself was a cyclist, who at the age of 13 moved to Sherborne School. His first day at this new school happened to be on the same day as the 1926 General Strike in Britain — but he was so determined to go to school that he rode his bicycle more than 97km from Southampton to Sherborne, stopping overnight along the way.

In later life, while working at Bletchley Park, he would get a bad attack of hay fever in the first week of June each year, and he would cycle to the office wearing a service gas mask to keep the pollen off.

The chain of his bicycle would come off at regular intervals, but instead of having it mended he would count the number of times the pedals went round and would get off the bicycle in time to adjust the chain by hand.

Turing was also a skilled long-distance runner who occasionally ran the 64km from Bletchley to London for high-level meetings. He even tried out for the 1948 British Olympic team, coming in only 11 minutes slower than silver medallist Thomas Richards — and that was with an injury slowing him down.