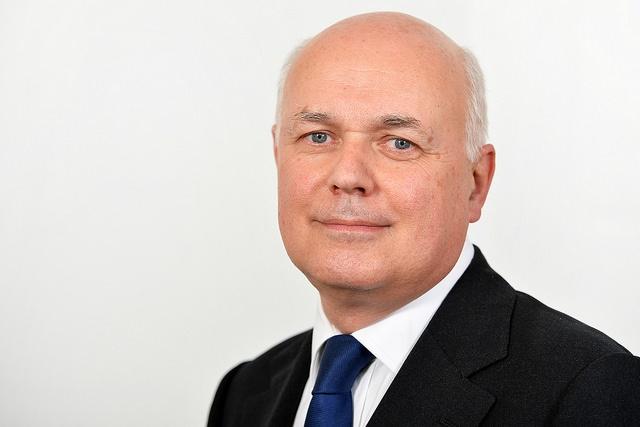 Iain Duncan Smith, Conservative MP for Chingford and Woodford Green, says the consultation for the £33 million Mini Holland scheme in Walthamstow was carried out ‘incorrectly’ and has called on the council to ‘rethink and reconsult’. The London Evening Standard reports that hundreds of people gathered to protest against the scheme as councillors debated it at the town hall earlier this week.

Waltham Forest Council says that a key element of its Mini-Holland project is a reduction in traffic using residential streets.

A road closure trial was carried out in the Pembroke Road area last month. According to the council’s website, over 67,000 vehicles travelled through the area from September 15 to 22 with over 80 per cent of traffic in some streets, including Orford Road and Pembroke Road, considered “rat running through traffic.”

The council aims to cut that number “dramatically” through introducing strategic road closures, while still enabling locals to access their homes and workplaces. However, local resident Aarif Gearay, speaking at the council meeting, said that businesses were losing “50 to 60 per cent of their business.”

Iain Duncan Smith, Conservative MP for Chingford and Woodford Green – a neighbouring constituency where many will regularly commute through Walthamstow  – told the Waltham Forest Guardian that the consultation for the £33 million scheme and the enforced 20mph speed limit had been carried out ‘incorrectly’.

“My constituents are up in arms and I call upon the council to rethink and reconsult on this issue. For a matter so important as this, it would be wrong for Labour to force a whip on something that the council should rightly adopt an impartial stance and the local residents should decide and have their voice heard.”

London’s cycling commissioner, Andrew Gilligan, said last week that those opposing the Mini Holland projects in Waltham Forest and Enfield would be embarrassed once they saw the completed schemes.

"You always get this when there's any kind of scheme to take away traffic: people say they'll lose business and they absolutely never do, all the evidence shows the exact opposite. I've said in Waltham Forest I think people will be embarrassed they ever opposed it.”

The depth of feeling among those protesting outside the town hall was expressed by Theresa Anderson of the Ratepayers Action Group, who said: “We’re going to stop this. I’ll chain myself to the railings if I have to.”

Asad Yaqub, a local charity worker, said people had not been consulted: “I’m all for cycling but this isn’t fair. It’s causing more traffic on the main roads. A 10-minute journey can take 45.”

At the same time, a smaller group turned out to support the scheme. One of their number, Paul Gasson, said: “This is visionary. It’s tackling a lot of issues like health, obesity and climate change. I see happy people on the streets.”

In September, pro-motoring protesters disrupted the launch of the scheme, which was attended by Dutch ambassador Simon Smits. Around 60 protestors gathered, shouting “streets for all” through megaphones and carrying a coffin to symbolise the “death” of Walthamstow village.