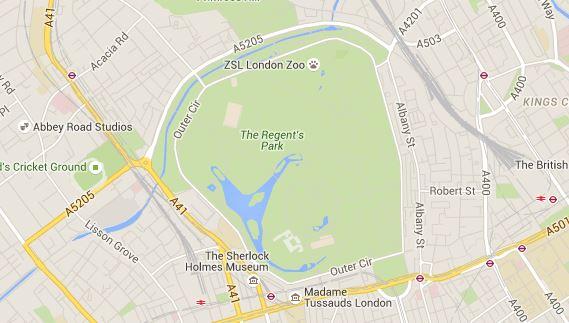 Cyclists using Regent’s Park Outer Circle for training rides are campaigning against proposals by The Royal Parks to introduce speed bumps there, saying they will create a hazard for riders, with many riding there before sunrise.

The loop, which is four miles long, is hugely popular with the capital’s cyclists and has even attracted Sir Bradley Wiggins, most recently when he was in training for the Hour record.

It features on the proposed route of Cycle Superhighway 11, which will run from Brent Cross to Central London, reports the Evening Standard.

As part of the plans, some park gates will be closed to motor vehicles until 11am and after 3pm to deter rat-running motorists.

But with an 80 per cent reduction in the number of motor vehicles, Royal Parks is concerned that some drivers may be tempted to use the road as a race track.

Initially, it was seeking 14 speed bumps but that has now been reduced to four following discussions with City Hall.

Many riders and clubs using the park have united themselves under the banner Regent’s Park Cyclists, which  organised a petition which attracted more than 1,500 signatures.

In an effort to show that most cyclists who use the park are responsible road users, it has also been actively campaigning against anti-social cycling, targeting people who ride through red lights.

In a website update on discussions with The Royal Parks and other parties published in August, the group said: “We have put our hand up to one of the key arguments used against cyclists, that of red light jumping.

“Through active campaigning to raise awareness I am pleased to report that as a response to a massive amount of work by various individuals, we have documented a very significant (more than 80%) reduction in RLJs observed in the park compared to previous data collected.

“This reduction is supported by the Police observations and has, needless to say, been commended.

Justin McKie, chairman of Regent’s Park Cyclists, told the Standard: “There’s been a pretty strong consensus on what needs to happen: close the gates to motor traffic either all day or for extended periods, keep the wonderful smooth tarmac rather than falling for the knee-jerk of speed bumps, and re-sequence the traffic lights to encourage sports cyclists to ride at quieter times of the day.

“The Royal Parks has a unique opportunity to get some cash from the TfL cycling budget here, but anything that makes cycling more difficult or dangerous, such as speed bumps, would be a misuse of that money.”

TfL is expected to open the plans to public consultation next month, with a spokesman for The Royal Parks saying they are “working with Transport for London to create the final proposals.”

Earlier this year, The Royal Parks initially opposed plans for a section of the East-West Cycle Superhighway currently being built to pass in front of Buckingham Palace, although final plans were eventually agreed in August.