Peter Sagan’s camo Specialized Tarmac, which he rode to UCI world championship glory at the weekend, is certainly a distinctive looking bike, but the Slovak rider is well used to custom painted bikes, as he has ridden many throughout his professional career.

Here’s a reminder of some of his best custom painted race bikes. 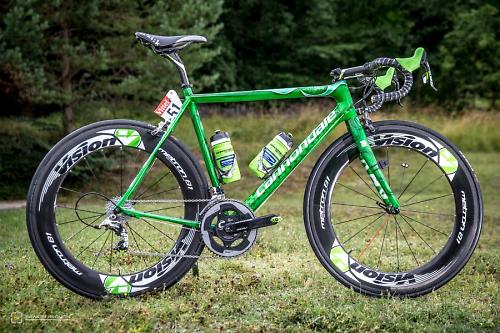 In 2014 Cannondale presented Peter Sagan with a bike painted to celebrate his victory in the green jersey classification, with a ‘Green Machine’ SuperSix Evo. The paint job was inspired by hot rods, with metal flake, flames, lightning bolts, sparkle and shine. Probably Peter Sagan’s most memorable custom bike was the ‘Hulk’ bike from 2013. The bike was inspired by his impersonation of the comic book character during a stage win in the Tour de France in 2012, and features the Hulk’s eyes on the top tube. The paint job also glowed in the dark.

Take a closer look at the Hulk bike here. 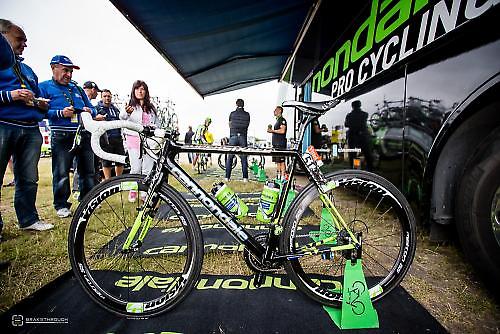 During the 2014 Tour de France Peter Sagan race a bike adorned with a Wolverine paint job produced by Death Star, with his own eyes featuring on the top tube. His Rudy cycling helmet was painted to match. 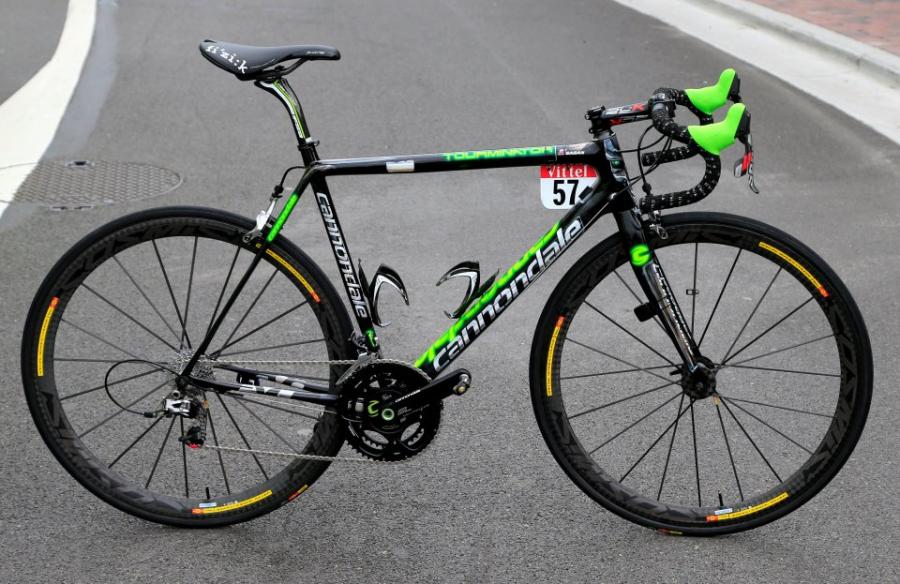 Peter Sagan made an impression on the Tour de France with immediate effect, and one of this earliest custom paint jobs was the Tourminator, which was designed to celebrate his first victory in the Grand Tour in 2012. The name was gifted to Sagan by his team who dubbed him the Terminator on account of his knack for apparently getting through his fair share of wheels and tyres as a result of his power and strength. 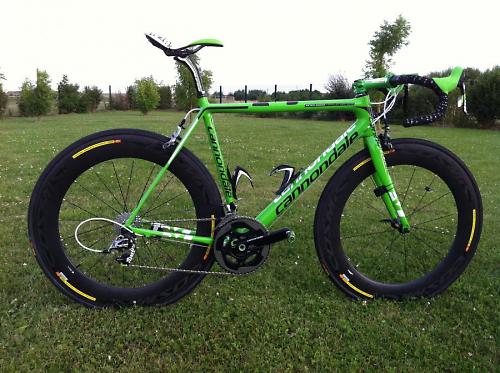 Peter Sagan has made the Tour de France’s green jersey his own, and in 2012 Cannondale produced a special version of his SuperSix Evo race bike to match his green jersey for the final stage into Paris. Aside from being green, the other standout detail on the bike are the names of the towns where Sagan took his stage wins on the driveside seat stay And most recently, this season Peter Sagan has been standing out from his new Tinkoff-Saxo teammates with a specially painted camouflage Specialized, predominantly the Tarmac but occasionally the Venge. “Specialized has personalized my bike and I am proud of it. I really like the colors and the fact that my official trademark has been included. I hope that this bike will bring me luck,” said Peter Sagan on receiving the new bike.

Which is your fave?

1
Five cool things coming soon (but on a budget) from Vittoria, Decathlon, Topeak, Hutchinson and Formbeat
2
Near Miss of the Day 812: Van driver hits cyclist during impatient overtake on country lane
3
Cannondale unveils new SuperSix EVO Leichtbau with a mega-light 750g frame
4
Driver who killed two cyclists during charity ride “didn’t understand severity” of incident, says prosecutor
5
Near Miss of the Day 809: “Just doesn’t get closer than this” – Cyclist squeezed between van and kerb at bike lane pinch point
6
Dual carriageway time trials suspended after cyclist killed on A11
7
Road rage motorist assaults cyclist and steals his camera after accusing him of ‘not riding in the bike lane’
8
Near Miss of the Day 810: Reckless overtake towards oncoming cyclist and bus… and some afters from the impatient driver