Peter Sagan stormed to victory in the UCI World Championship road race in Richmond, Virginia at the weekend, and here’s a look at the Specialized Tarmac he rode in the 261km race. 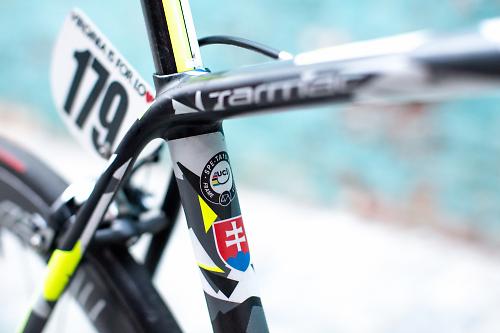 The bike is finished in the unmistakable camouflage that has been a feature of his race bikes this season. He’s going to need a new paint job to match the rainbow jersey, though. Sagan has a good track record of striking custom painted bikes, so we’re sure there is another in the works. 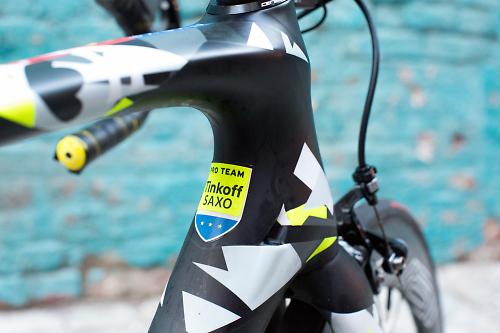 Rather than the newer Venge VIAS aero road bike, Sagan opted for the Tarmac, the all-round model in the US bike company’s range. Other than the opening stage of the Tour de France, Sagan has chosen the Tarmac for most races this year. 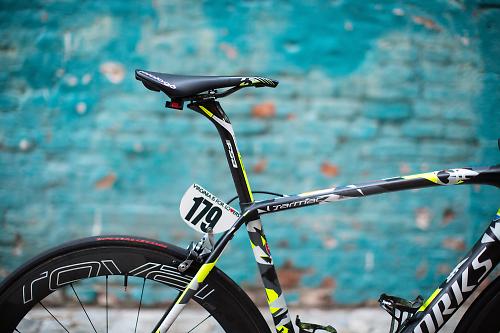 The latest generation Tarmac was introduced last summer and is an evolution of the previous model rather than a radical overhaul. The clearest visual difference is the new integrated seat clamp, but there’s a host of refinements as well. 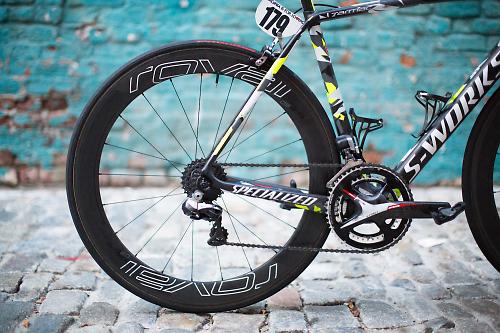 Shimano is dominant in the professional peloton and Peter Sagan’s bike is decked out with Dura-Ace Di2 groupset. He’s got the additional sprint shifters fitted to the inside of the drops. The Di2 junction box is attached to the stem. 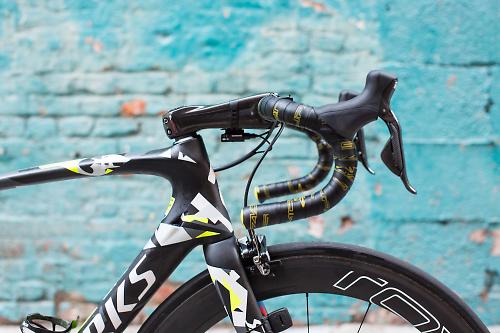 The Specialized sponsorship extends to the Roval CLX 60 carbon fibre tubular wheels. Roval is Specialized's in-house wheel brand, and these are the deepest section wheels in its range. They’re constructed entirely from carbon fibre and have a 60mm deep rim, and 24.4mm external width. Tyres are Specialized’s own Turbo Cotton 24mm tubular tyres. 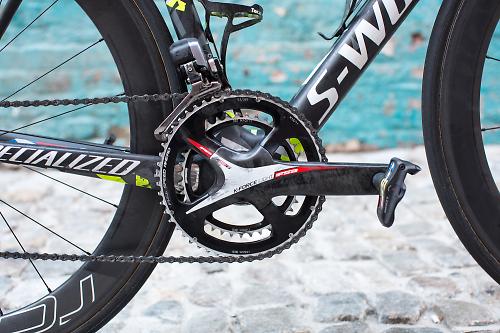 The Tinkoff-Saxo team do go with a full Shimano groupset however, FSA supplies the chainsets. Sagan’s bike was fitted with the top-of-the-range K-Force Light 386 chainset with a 53/39t chainring combination. He has a K-Edge chain catcher to ensure the chain doesn’t drop off the chainring. 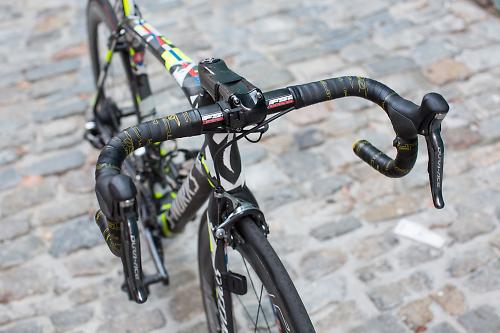 FSA also supplies the team with seat posts, handlebars and stems.  Sagan, however, opts to use a Zipp SL Sprint carbon fibre stem, with the logos removed. Our guess is he found the FSA stems lacking in stiffness. His stem isn’t quite slammed, there is one slender spacer below the stem, but it’s still an aggressive setup. 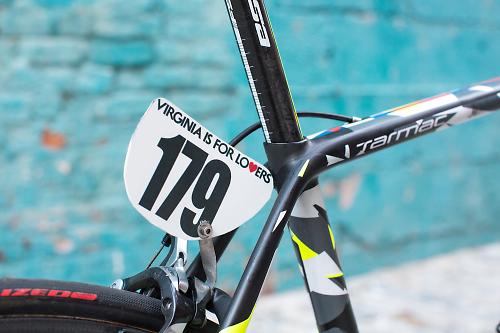 The aluminium FSA Energy handlebar has a traditional bend, with deep drops, and wrapped in Supacaz bar tape. His bike has certainly picked up some road grime during the 261km race, with oil deposited along the drive side chainstay and plenty of muck covering the head tube and front brake caliper. 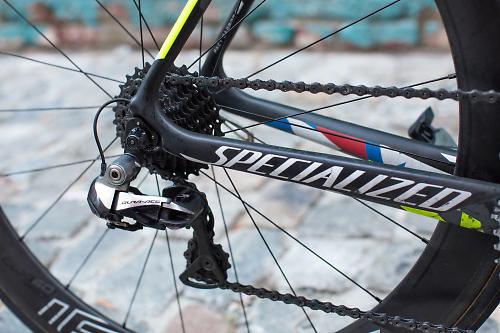 The bike is furnished with CeramicSpeed bearings throughout, from the headset to the hub bearings and the bottom bracket. 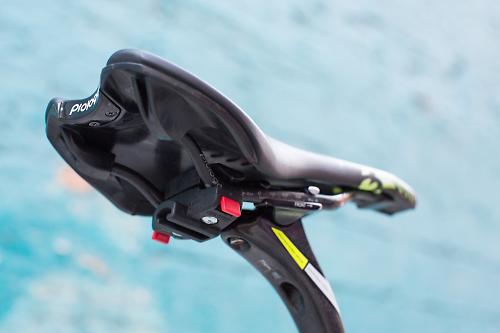 That's the bracket for the GPS transponder that all bikes were fitted with for the race.

“Specialized has personalized my bike and I am proud of it. I really like the colors and the fact that my official trademark has been included. I hope that this bike will bring me luck,” said Peter Sagan when he first received a camo Venge back in March. While his season hasn’t been as stellar as previous years, he has certainly finished on a high.

Thanks to Specialized UK for the photos.