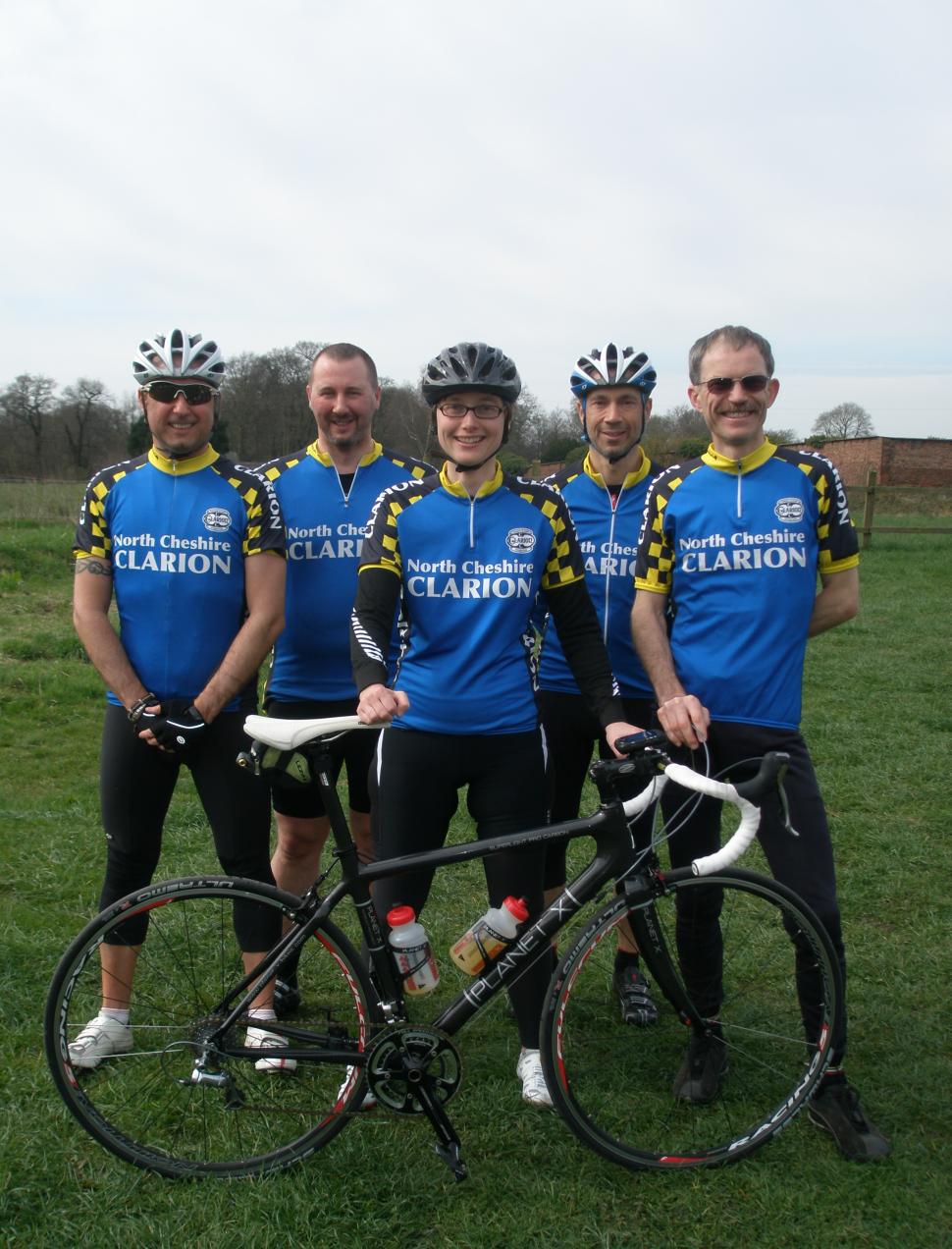 Based in Warrington but covering the whole of the North Cheshire area, a brand new cycling club called North Cheshire Clarion already has 40 members.

The aims are simple - to enjoy the full spectrum of cycling activities from the recreational through to the competitive, both on and off the road - if you live in the North Cheshire area which not only includes Warrington but Widnes and Runcorn to the west, the suburbs of Manchester to the east and the areas south of Wigan.

According to Club Secretary Giles Perkins, “In a few short months we’ve already attracted 40 members. With the warmer weather on its way we hope to welcome lots more new faces to the club, giving members the opportunity to learn from each other and enjoy the benefits of cycling to the full.”

North Cheshire Clarion meets every first and third Monday of the month at 8pm at the Thorn Inn, Appleton Thorn near Warrington and everyone is welcome to come along and chat with members and find out more about the club.

With regular club rides and the sharing of advice and knowledge the club is already  helping local riders develop, as member Phil Jones explained, “I've met loads of new people, improved my technique and have advanced as a cyclist since being part of the club.”

The new club is one of over 25 local sections of the National Clarion Cycling Club which was formed in 1895 and at its peak had over 8,000 members with sections right across the UK. Back in the days before most people owned a car the bike gave members freedom and fellowship when the "dark satanic mills" of industry often trapped their workers for no more than one trip to the seaside a year.

As the comments to our blogger jimmythecuckoo's recent posting about riding his first single speed have shown, there are all kinds of interesting traditions in "The Clarion", as befits a club that's been around for 115 years.

North Cheshire Clarion is affiliated to British Cycling, the internationally recognised governing body of cycle sport in the UK. With cycling on the increase in the UK and the sport experiencing huge interest with British riders gaining wordwide glory, the setting up of new groups apart from burgeoning membership in existing clubs is likely to become a welcome trend.