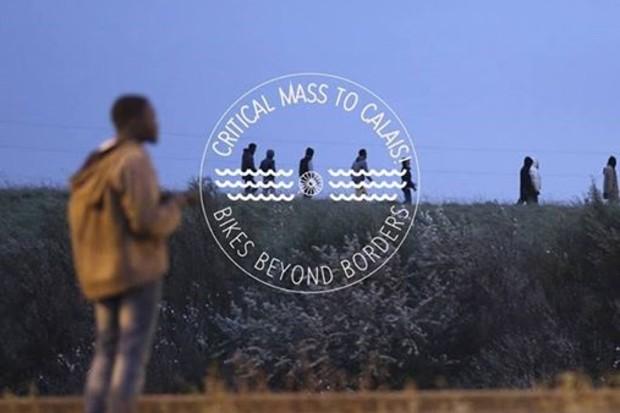 The latest London Critical Mass ride saw around 150 people ride to Calais to donate bikes. The ‘solidarity ride’ came about after organisers learnt that bikes were in great demand in the refugee camp known as the Jungle.

“Most cyclists can relate to the sense of freedom, mobility and self-sustainability afforded by the bicycle. For people living in the camps, bicycles are an invaluable asset, improving quality of life by increasing access to basic essentials like the local shop and support and advice services, currently over an hour's walk away. Bikes are in great demand in Calais and many more are needed.”

One cyclist to take part was Julian Sayarer, the man who once broke the record for fastest person to cycle round the world as “a quixotic protest against the previous record holder’s proud affiliations with big finance.”

Sayarer left a day before the main Critical Mass convoy. Writing in The Guardian, he explained his motivations for doing so. “I’d been moved to donate the bike because, out of the cold inhumanity in so much policy, reporting and public comment, I wanted to provide some small gesture to show the refugees in the camp that people in the world did care about their plight and did want to help them.”

Despite admitting to doubts about the means by which he was trying to help, Sayarer felt that his donation had been appreciated. He added that as he left, a London architect was working with a Pashtun carpenter to construct a bicycle workshop.

Another of the participants, David Charles, told Newsweek:

“Personal, individual one-on-one connections are much, much stronger than any news story. I introduce one person to Calais through this bike ride and that person will have a set of images and conversations that no news story can ever erase.

“The hope is, they’ll go back and tell their friends, and their friends will be motivated to see for themselves the situation and the consequences of what our government and the French government are doing.”