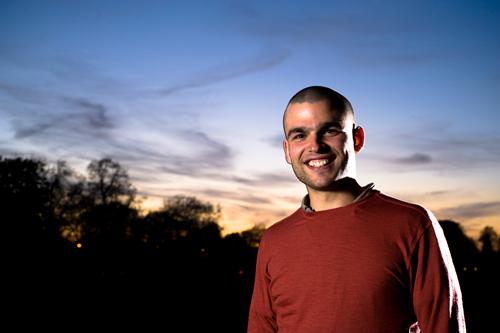 The year 1066 has gone down as in history as the one in which three kings – Edward The Confessor, Harold and William The Conqueror – sat on the English throne. But for Britain’s long-distance cyclists, 2009 will be remembered as a year when three cyclists from these shores each held the round-the-world cycling record.

Julian Emre Sayarer, a bike courier from London, last weekend broke the record for the fastest circumnavigation of the globe by bicycle, held since September by South Londoner James Bowthorpe, who had himself bettered the time recorded by Scotland’s Mark Beaumont in February 2008.

But some of the gloss from the new record-holder's achievement risks being stripped away after he used his blog to launch a bizarre, four-letter-word-strewn attack at Beaumont, who is currently cycling the length of South America for a BBC documentary, and who took time out last month to help inspire school pupils in Scotland to get on their bikes to help raise money for the charity Children In Need.

Sayarer, who was born in London and grew up in Leicestershire, arrived at Rouen Cathedral, where his 18,050-mile journey began in June, last Saturday, setting a new world best time of 165 days compared to the 176 days that Bowthorpe took and Beaumont’s benchmark of 196 days.

His route took him through Europe to Ukraine and Russia to Kazakhstan and China. Flying from Shanghai to Bangkok, the 23-year-old then pedalled to Singapore, where he took another flight to New Zealand, riding the length of the country from north to south then jetting across the Pacific to Vancouver in Canada. From there, he cycled across the United States and flew to Lisbon, Portugal, before riding up through the Iberian Peninsula and into France to return to his departure point.

As the title of his website – www.thisisnotforcharity.com - makes clear, Sayarer’s trip wasn’t motivated by a desire to raise funds for good causes. Instead, the cyclist, who has a degree in politics from the University of Sussex, was aiming to raise awareness of a number of social issues, outlined in his Manifesto, which can be found on his website.

Sayarer undertook his trip on a Tout Terrain frame equipped with a Rohlhoff hub supplied by Bikefix of London’s Lamb’s Conduit Street, which is holding a party this Friday evening to celebrate his return, with food and drink on offer as well as an appearance by Mike Burrows, designer of bikes including the Lotus carbon fibre machine ridden to Olympic and World Championship glory by Chris Boardman, who will be talking about his current projects.

One name unlikely to be on the guest list is that of Mark Beaumont, however. In his latest blog post, Sayarer launches a vitriolic tirade against the Scot, prefaced with the comment that “completing that all-but meaningless record was motivated, more than anything, by earning my license, having done exactly as he [Beaumont] did, to say exactly what I thought of him.” It would be inadvisable for us to repeat most of what follows.

As he posted on Twitter when he flagged up his latest blog post, “relatives of Mark Beaumont might not want to read it,” but it’s clear from reading his lengthy attack on the Scotsman that pedalling more than 18,000 miles in his tracks haven’t tempered Sayarer’s opinion of him.

Sayarer appears to be rather more amenable towards Bowthorpe, and indeed the former record holder used Twitter to congratulate his successor, saying: "Great ride Julian! - rest up and see you for that cup of tea soon..."

Already, an attempt is being planned to beat the new record, by 16-year-old David Clark from County Durham, who intends to complete the circumnavigation in 150 days, although he will have to wait until he is 18 to embark upon his journey.

Sayarer, who says he’ll be back on the London courier circuit within the next few days, and is happy to take time out from delivering packages to talk about his experience for £6 an hour, is now planning a series of events to follow up on his ride. While we’re guessing that taking the Beaumont route of corporate speaking engagements and TV documentaries won’t be high on his list of priorities, he will be speaking at Stanfords, the travel bookshop in Covent Garden that helped sponsor his journey, sometime in the New Year.

He also plans to write a book about his journey - although given the comments aimed at Beaumont on his blog, presumably any intended publisher's libel lawyers would want to give it a good read-through first.

Given that Stanfords stocks Beaumont’s book, The Man Who Cycled The World, that does raise the intriguing prospect of the pair rubbing not shoulders, but at least dust jackets, on the bookstore’s cycling shelf some time in the future.