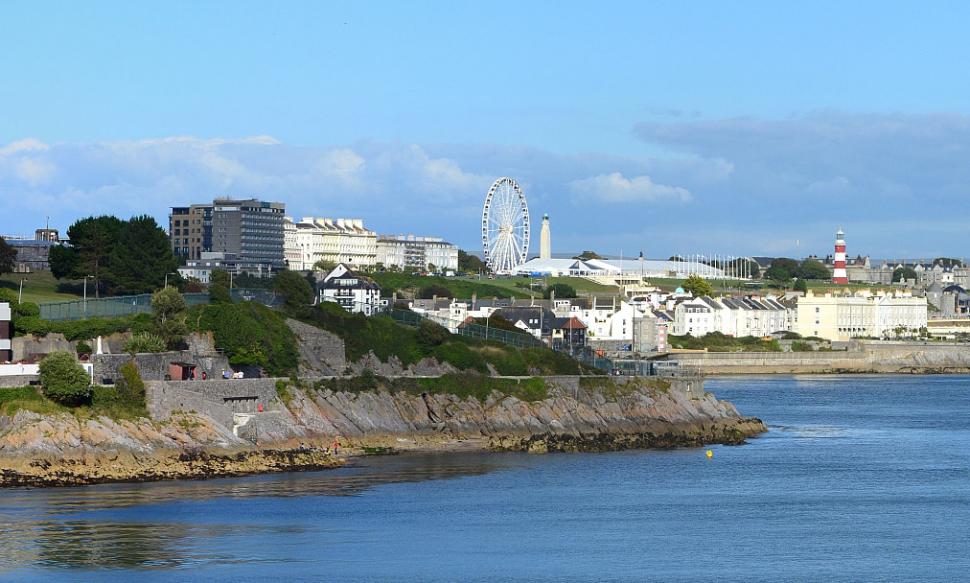 The new Laira cycle and foot bridge will form part of NCN27, the Devon Coast to Coast route
by Laura Laker

A new cycling and walking bridge has just been put into place near Plymouth, the latest part of a cycle route that will link the city with Plymstock.

The newest part of the Laira Rail Bridge will form part of National Cycle Route 27, and will join up with a recently reopened stretch of the old rail bridge that was opened to cycling and walking in May.

The new bridge, which crosses The Ride road next to the river, arrived in four sections on a lorry on Friday night, and was joined to the existing rail bridge by engineers. It will open in September once the new permanent ramp is built.

Councillor Mark Coker, Cabinet Member for Strategic Transport and Planning, said: “It’s been great to see so many people using the new walking and cycling link over the Laira Rail Bridge and this extension will take them safely over to the other side of the Ride. We’d like to thank everyone for their patience while the final phase of the scheme is completed.”

The Laira Rail Bridge was pronounced derelict 28 years ago, but Plymouth City Council was recently given £3.5m from the Department of Transport's Local Sustainable Transport Fund to repair it for walking and cycling. In the 1960s it carried passenger trains, and later freight trains, the last train crossing the route in 1987.

Work on the bridges is part of the Plymouth City Council's Plymotion project to encourage more people to walk, bus and cycle in and around the city.

Subject to funding, the Council hopes to eventually extend the walking and cycling link down to Broxton Drive.

NCN 27 is also known as the Devon Coast to Coast, a 99 mile route between Ilfracombe and Plymouth, of which 71 miles are traffic free. Following disused railway lines it skirts Dartmoor and travels through old rail tunnels, over the Gem Bridge and past the National Marine Aquarium in Plymouth.