Fuji has today unveiled its brand new SL frameset. With a claimed 695g frame weight, it's one of the lightest currently available, and ensures it joins an elite club occupied by the likes of the Cervelo R5 and Cannondale SuperSix Evo. The lightest complete bike weighs a stunning 4.96kg (10.91lb), but will set you back a mighty £8.5k. The new bike will debut at the Vuelta a España with the Caja Rural-Seguros RGA team, a Spanish UCI professional continental outfit. Of course, most of the manufacturers involved with professional cycle racing used the recent Tour de France to launch new models (of which there were many) but because Fuji didn’t sponsor a team taking part in that race, it had to hold off until the Vuelta a España for its unveiling.

We didn’t get invited to the launch of this bike so we can go only with the details that Fuji has made available on its website. You want stats? Course you do. Fuji proudly declares the new SL is 19% lighter than its previously lightest road frame, the Altamira (which incidentally won the 2011 edition of this race). 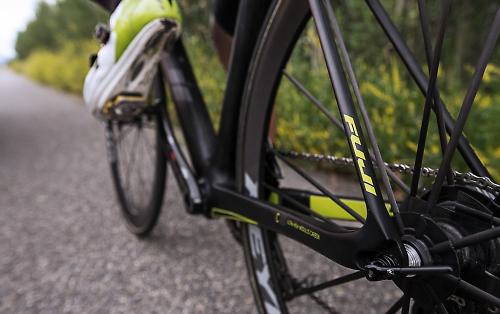 To put a figure on that weight loss, Fuji says it’s 237g lighter than the frame it replaces. How has it achieved this dramatic weight loss? It says it has halved the bonded joints, from eight down to four. Other details such as injection moulded cable stops, mechanical and Di2 compatible, also contribute to the weight savings. 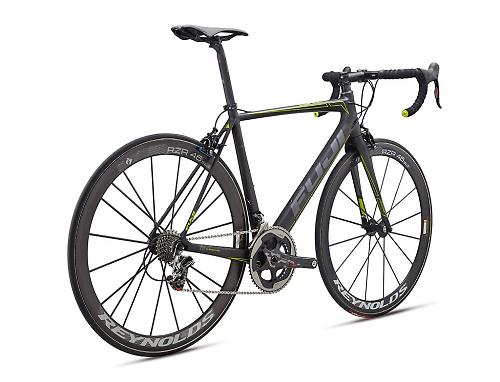 It’s stiffer, too, but you probably guessed that much. Fuji is claiming a 9% head tube stiffness increase, 11% in the bottom bracket and the fork has also been stiffened up by 18%. To stiffen the fork, Fuji has incorporated reinforcing ribs which run the length of the fork blades. Another development is the octagonal profile down tube providing flattened side sections, which along with reinforcing high-tensile strength carbon fibre along the length, provides more “lateral stiffness”.

Fuji has adopted a similar approach used by other manufacturers to ensure the best carbon fibre layup for each size frame in the range, which stretches from 46 to 61cm. Another measure in the battle to increase frame stiffness is the use of a BB30 bottom bracket and, up front, a tapered head tube. The seatstays, meanwhile, are super skinny and along with a 27.2mm seatpost, should offset the high level of frame stiffness with the necessary ride comfort. The range of models will be priced from £1,499 up to £8,499. That range-topping SL 1.1 model, decked out with SRAM Red 22 and Reynolds RZR 46 carbon tubular wheels, has a claimed weight of 4.96kg (10.91lb). Not bad at all, and puts it in the same league as the similarly light Trek Emonda (4.6kg) and Merida Scultura (4.55kg). Who said the battle to produce the lightest production road bike was over. 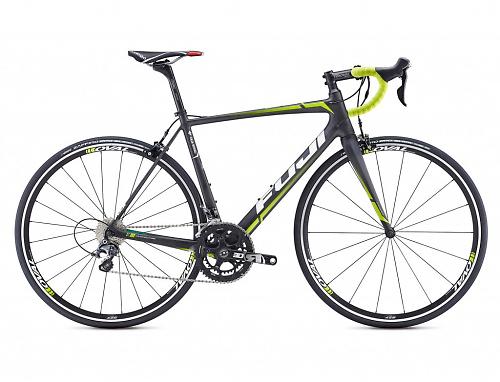 No word on UK pricing or availability at the moment. More info at www.fujibikes.com/sl/