Frames are as light as 690g with complete bikes from 4.6kg; range also includes bikes down to £1,200
by Mat Brett

Trek are launching a new road bike called the Émonda which they say is the lightest production road bike in the world. The top level Émonda SLR 10 (in a 56cm frame and Trek’s H1 fit) weighs a claimed 10.25lb (4.6kg). Trek say that they have prioritised saving weight above every other parameter, claiming that the highest specced complete bike is almost 1kg lighter than Cannondale’s SuperSix Evo Black Inc. The lightest frame is 690g painted. 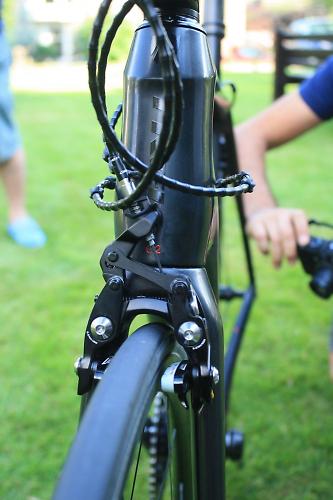 The Émonda has been developed over the past 30 months with input from Trek’s pro team as well as everyday riders.

“We have been working on this a long time and we’re really proud of it,” said Trek’s Road Product Manager Ben Coates at the Émonda’s launch in Harrogate prior to the start of the Tour de France this weekend. 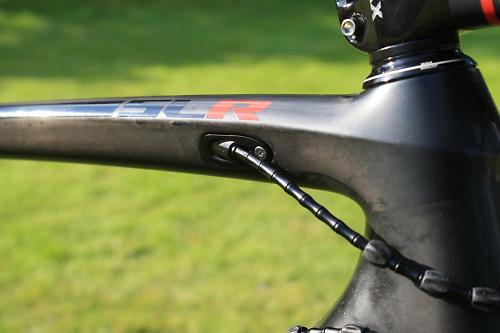 Trek say that the Émonda boasts the most sophisticated tube optimisation of any bike ever, with both the tube shape and the laminate being designed to produce the highest stiffness-to-weight ratio possible. The Émonda has what Trek refer to as a ‘size-specific ride-tuned performance’. In other words, they’ve engineered things so that each size performs the same. Mind you, Trek don’t think this is that big a deal, saying that they’ve been doing this since they first started producing carbon bikes back in 1992.

As well as the frame, Trek have had to work on various components to bring the weight down. “The idea was; we have the resources to build a complete bike system. Let’s use that advantage to look at every aspect of the bicycle and how each component interacts with all the others,” said Ben Coates. “Once we covered the basic bike functions, we focused on every minute detail. Every decision was based on what was the overall lightest option for the system.” 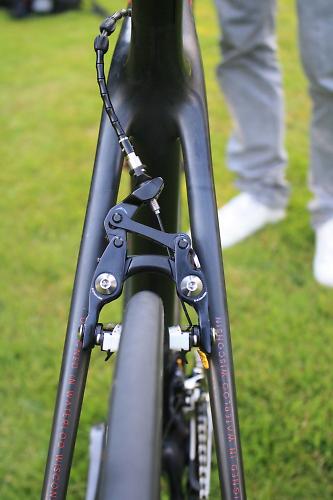 Bontrager’s brake team developed the new Speed Stop brake with mounts that connect directly to the frame via two bolts to reduce component parts. These save up to 35g per caliper, and increase braking performance. An adjustable leverage ratio, a two position quick release, and an ultra-wide stance add to Speed Stop’s versatility and adjustability, according to Trek. This also increases tyre clearance. There’s a new DuoTrap speed/cadence sensor too that is both ANT+ and Bluetooth compatible, and a 3S chainkeeper to stop the chain dropping off your inner chainring and damaging the frame.

Trek don’t see this as a bike that’ll lack durability. They offer a lifetime warranty on manufacturing defects and one year warranty on the paint and finish. 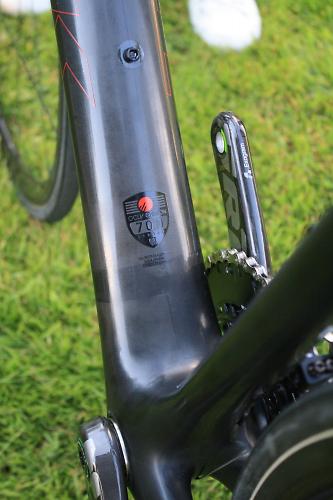 The top-level SLR 10 is made from Trek’s OCLV 700 carbon in Waterloo, Wisconsin. This is the ultra-light 690g version.

So how does the Émonda fit with the other models in the Trek road bike range? Trek are billing it up as the bike to go for if you’re after lightness, the Domane as the one to go for if you want a smooth ride, and the Madone the aero option. Trek’s pro riders will have the choice of all of these three bikes. Émonda prices range from £1,200 for the Shimano Tiagra-equipped Emonda S 4 up to £11,000 for the SLR 10. This model comes with a SRAM Red groupset and Tune hubs and rims.

Back in the real world, the Émonda SL 5 comes with a Shimano 105 groupset and Bontrager Race wheels at £1,900.

There are women’s specific models in the range too, including the Émonda S 5 WSD at £1,500. That’s Shimano 105-equipped too.

The Émonda SLR comes in H1 (aggressive) and H2 (slightly more relaxed) fits while the Émonda SL and Émonda S are both available in H2 only. The Émonda is not currently available in Trek's Project 1 custom programme due to the weight of orders in the system, but it will be.

Émonda, like Domane, is an anagram of Madone, Trek’s long-standing road bike range ('Moaned' is still available!). Trek also link the name to the French word ‘émonder’ meaning ‘to prune’ or ‘to trim’ – which is apt given the lightweight nature of the bike.