This is the brand new Genesis Datum 30, a large-tyre disc-equipped carbon road bike. The British company has taken the popular Equilibrium as the starting point with the geometry and designed a carbon fibre frame and fork able to accommodate 32mm tyres with mudguards, and given it a thru-axle up front and short chainstays out back. 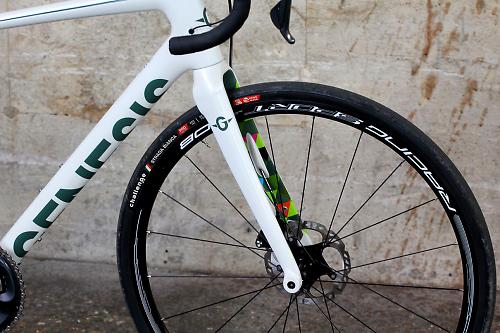 The British company has carved a nice little niche over the years, with well designed steel, titanium and aluminium bikes that cater for British cyclists and British roads. It’s not been afraid of adopting new standards either, with disc brakes now common across the range, tyres increasing in width and a venture into carbon fibre with its race-orientated Zero.

The Datum though is a something very new and different. Firstly, let’s get one thing out of the way, it isn’t a gravel bike. Well, you could ride it on gravel roads (if you lived in the States) but Genesis is keen to point out that the Datum is designed simply to be a fast road bike with the benefits that the bigger tyres provides (comfort, smoothness, traction) with the occasional ability to tackle a towpath or bridleway. Roadplus then.... 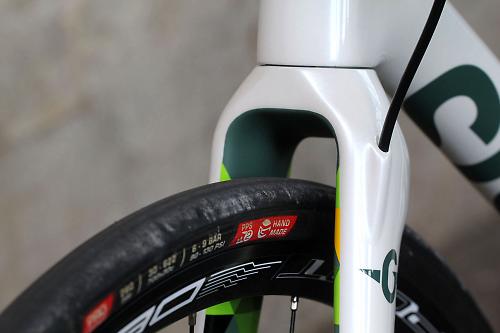 “It’s our new large-tyred road disc bike that’ll comfortably sit mile-after-mile on tarmac, but, should the tarmac come to an end, won’t mean turning back or the premature end of the ride,” says brand manager Albert Steward. “Not necessarily about out-and-out overall speed, but more fun, adventure, exploration and pneumatically-suspended comfort.”

“In reality the Datum is really just a bike for riding around and enjoying yourself, across a variety of terrain, both paved and unpaved, albeit fast or somewhat more leisurely. It could be a gravel bike to some, in the same way it could be a fast, comfy road bike to others,” he adds. 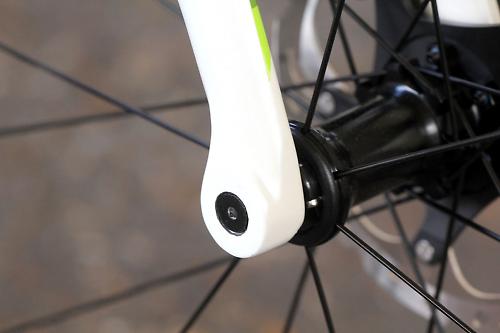 The new Datum isn’t available until October, but we managed to twist Genesis brand manager Albert Steward’s arm into letting us have one sooner. The bike here is the range-topping Datum 30, costing £3,199.99 with a Shimano Ultegra Di2 drivetrain and hydraulic disc brakes. The range also includes two other models, a £1,799 Datum 10 with Shimano Tiagra and TRP HyRd brakes, and the £2,099 Datum 20 with Shimano 105 in the middle. 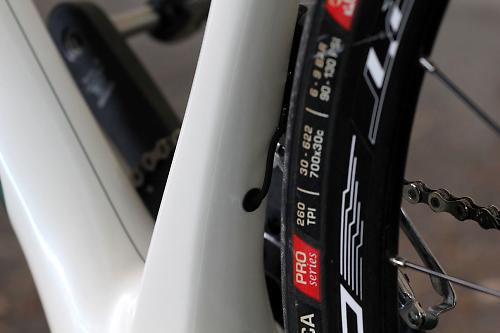 Genesis has done a nice job on the frame. It’s a good looking bike. To keep the chainstays short (420mm) yet provide space for big tyres and mudguards, Genesis has curved the seat tube, providing more clearance. That’s something you usually only seen on aero and time trial bikes and is done for aerodynamic reasons.

The seat tube accepts a 27.2mm and along with the skinny seatstays, should provide a decent amount of deflection to provide a smooth ride. Elsewhere, the frame is oversized to ensure the necessary stiffness, with chunky chainstays, a huge down tube and tapered head tube. 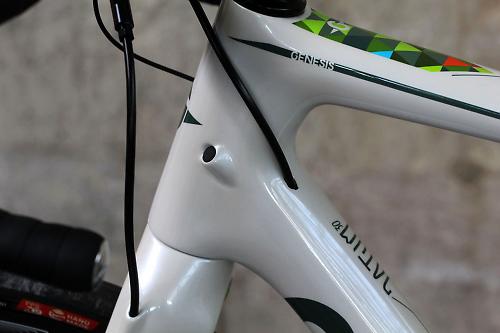 The geometry details include a 72 degree head angle, which along with a 50mm offset fork provides a 59mm trail, which Genesis reckons provides agility without sacrificing stability and maintains a healthy toe-clearance. The size medium we have here has a 561mm top tube, 1,017mm wheelbase, and a 385mm reach and 585mm stack.

Up front, the new fork has a 397mm axle-crown measurement, typical of cyclocross bikes. It features a squared-off crown to maximise tyre clearance and a bolt-thru axle. The rear axle is a regular 135mm quick release. 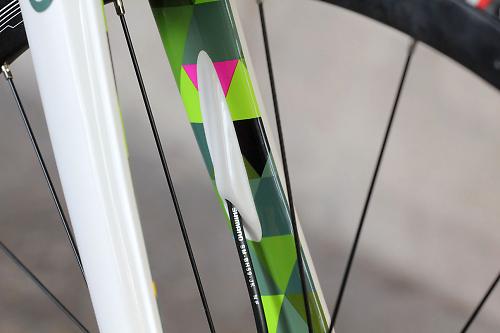 There are flat mounts for the disc brakes and all the wires and hoses are internally routed. You get three bottle cage mounts, one on the down tube, making it ideal for any bikepacking adventures. While there is a full complement of mudguard mounts, there are no rack mounts. Genesis reckon customers are more likely to fit bikepacking bags to the top tube and seatpost than conventional racks and panniers.

Common across the range are compact 50/30t chainsets and wide-range 11-32t cassettes, so you can scale any hill or lug a laden bike over inhospitable terrain. The bikes will come with the company’s new RandoX handlebar. It’s a compact drop bar with flared drops, like those on the GT Grade. 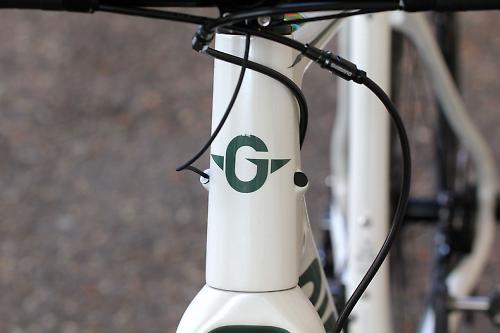 On the scales, the bike here weighs 8.91kg (19.64lb), which makes it one of the lighter disc-equipped road bikes we’ve had through the office.

Endurance road bikes have been very popular in the past couple years, with carbon fibre frames, disc brakes and space for up to 28mm tyres. You could look as the Datum as being the evolution of the endurance road bike for those that crave the ability to fit even wider tyres than 28mm, and I know there are plenty of cyclists that want wider tyres. We haven’t tested many bikes that offer a carbon fibre frame with such large tyre clearance, most endurance road bikes stop at 28mm, such as the Cannondale Synapse or Giant Defy. Of those bikes with similar tyre clearance, there is the Bowmans Pilgrim (which is currently being tested) provides an aluminium frame, carbon fork and clearance for up to 33mm tyres.

There is the GT Grade of course too, another bike inspired by the gravel riding scene. It is available in carbon fibre or aluminium, at a range of price points, and has space for up to 35mm tyres.

The new (not yet available) Cannondale Slate occupies similar space to the Datum, but it combines an aluminium frame with a 30mm travel suspension fork, but with space for massive 42mm tyres.

The range hasn't been added to the www.genesisbikes.co.uk website yet, but there is some interesting information on the design of the Datum in this blog.