Genesis has released details of its 2016 bike range and here are the highlights. The range is large and there have been many more developments than the ones we're able to show you here, so keep your eyes on www.genesisbikes.co.uk over the next few weeks for more.

Genesis has a new carbon-framed adventure bike range for 2016 called Datum (main pic, above), with models being ridden in this year’s Transcontinental Race starting later in the month.

The Datum is a large-tyre disc-equipped road bike, to put it into a snappily titled category. Although it’s designed to ride fast over tarmac, it’s also built to handle other surfaces – just don’t call it a gravel bike because… well, that’s not what it is. It could handle gravel, according to Genesis, but it’s designed for more than that. 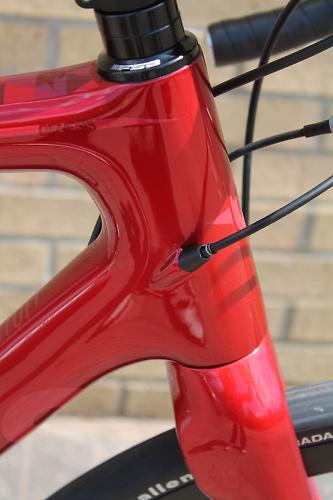 “The large volume road tread does certainly open up wider possibilities, we feel the gravel bike label does imply specific usage on a distinctly US phenomenon,” says Genesis Brand Manager Albert Steward. “In reality the Datum is really just a bike for riding around and enjoying yourself, across a variety of terrain, both paved and unpaved, fast or somewhat more leisurely. It could be a gravel bike to some, in the same way it could be a fast, comfy road bike to others.”

So there you go. It’s a bike that doesn’t fit neatly into any little niche. 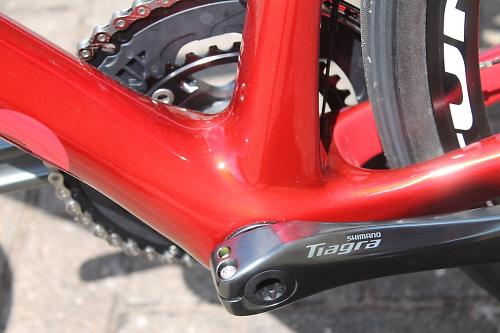 The Datum is built to a compact road geometry using Genesis’ Equilibrium as the starting point, according to Genesis. The large model, for example, comes with a 579mm effective top tube and a 175mm head tube, although the CX axle-crown fork brings the front end up higher than those figures might suggest. The stack on that model is 602mm and the reach is 395mm. 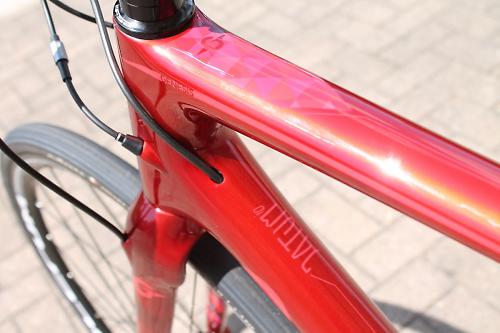 The frame is made from 24/30-ton carbon fibre and it features a BB86 press-fit bottom bracket, a tapered head tube (1 1/8in bearing at the top, 1 1/2in bearing at the bottom), and discreet mudguard mounts. Genesis says that the Datum will take 32mm-wide tyres with full mudguards fitted.

The seat tube is cutaway around the leading edge of the rear wheel. That might seem a bit strange on a non-aero bike but the idea is to provide more clearance for a mudguard without having to increase the length of the chainstays (they’re 420mm).

Genesis also reckons that the cutout provides more comfort-inducing vertical flex, as do the skinny seatstays. The seatpost that fits in the top is 27.2mm diameter. Genesis has gone with this skinny option for more comfort. 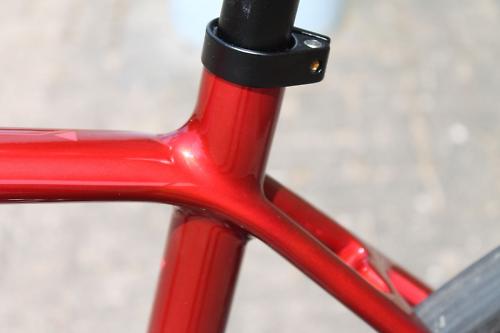 In contrast, Genesis says that the lower part of the frame – the down tube, bottom bracket, lower seat tube, chainstays and head tube – is designed to provide a stiff platform for pedalling. That’s a widely used concept in bike design: the lower elements of the frame maximise stiffness, the upper parts maximise comfort.

The carbon fork’s squared-off crown provides loads of clearance, and it’s thru-axle for increased security. The rear dropout uses a conventional 9mm quick release skewer because security is less of a problem back there. 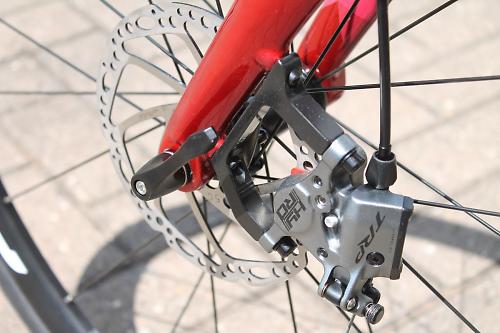 Genesis is using the new Flat Mount disc brake standard front and rear – that appears to be the way the market is going – with the frame sized to fit a TRP HyRd cable-actuated hydraulic disc brake.

You get mudguard mounts front and rear but no rack mounts. Putting rack mounts on a carbon frame is problematic and Genesis expects people to use a seatpack and framebags for carrying luggage instead.

The Datum is available as a Di2-ready frameset (£999.99) and in three complete bike builds. 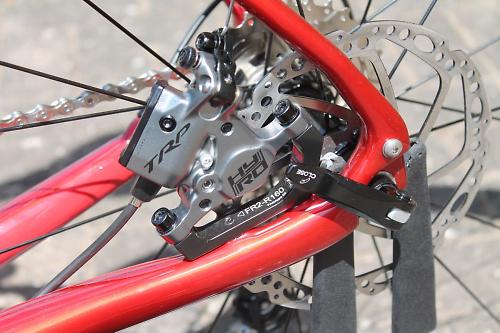 All three bikes have compact chainsets (50/34-tooth chainrings) and wide-ranging 11-32-tooth cassettes so you’re unlikely to be short of gears when the terrain heads upwards.

They’re all equipped with Genesis’ RandoX handlebars too. It’s a compact bar – so the drop and reach aren’t huge – with backswept tops (they come back from the centre at 6°) and drops that flare out by 8°.

The Datum models will be available from October.

As I mentioned up top, the Genesis Datum will be ridden in the Transcontinental Race with three riders setting off from Flanders on 24 July and heading for Istanbul, Turkey. 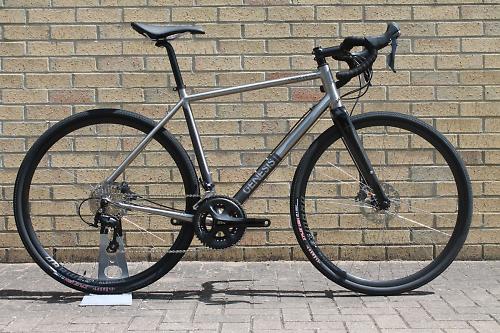 Genesis is offering a titanium version of the do-it-all Croix de Fer, its most popular model, for 2016. Previously, the top-of-the-range option was stainless steel but that one now moves aside. 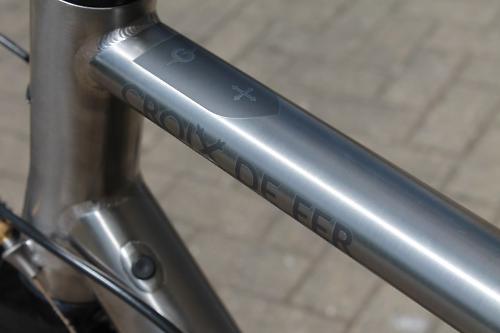 The new 3AL-2.5V butted titanium frame is built with a 44mm diameter down tube, a tapered head tube (1 1/8in upper bearing, 1 1/2in lower bearing), and chunky chainstays. The seat tube is broad down by the bottom bracket (34.9mm) but it tapers along its length and holds a 27.2mm seatpost, the idea being to provide more comfort. 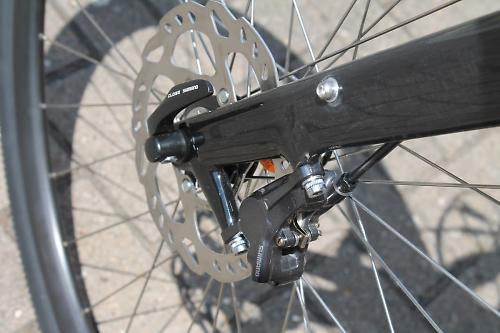 The Croix de Fer Titanium gets a full carbon fork rather than the stainless bike’s carbon/alloy model. That fork has mudguard-only eyelets and enough clearance for 40mm tyres although the Clement X’Plor USH tyres fitted are 35mm wide. The frame is Di2 ready but cabling is external if you go for mechanical shifting. The full bike is built up with Shimano’s mid-level and highly reliable 105 groupset. You get hydraulic braking courtesy of Shimano’s new 105-level RS505 levers and non-series (they don’t belong to a groupset) RS785 brake callipers. These work on 160mm rotors front and rear.

The wheels are made up of tubeless-ready Alex Draw rims laced to Shimano HB/FH-RS505 Centrelock hubs and the handlebar is the same RandoX that’s fitted to the Datum (above). 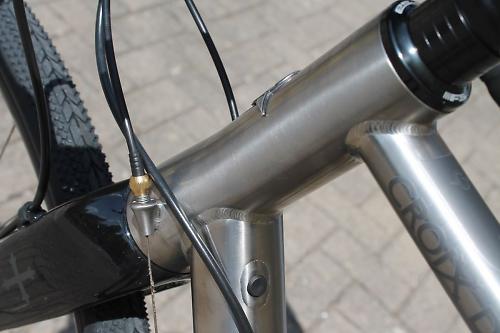 If the cost of the titanium model is too salty for you, the Croix de Fer continues in several cromo models priced from £899.99.

The £1,199.99 Croix de Fer 20, built up with a Shimano Tiagra groupset and TRP HyRd brakes, is available in two colours: olive green and nuovo grey. 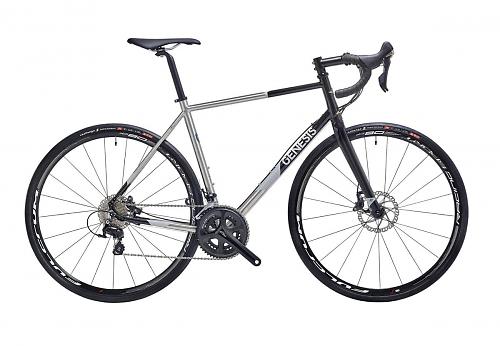 Whereas the top-level Croix de Fer has shifted from stainless steel to titanium, the top-level Equilibrium has moved in the opposite direction. The Equilibrium Disc 931 is made from Reynolds 931 (the clue’s in the name) and comes with a new straight-bladed carbon disc fork. It’s priced at £2,799.99 in a Shimano 105 build. This bike (above) is the Equilibrium Disc 30 which comes with an updated Reynolds 725 cromo frame that uses cast Flat Mount dropouts and camouflaged rack and mudguard eyelets. 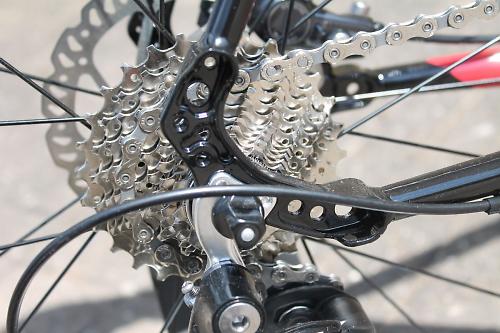 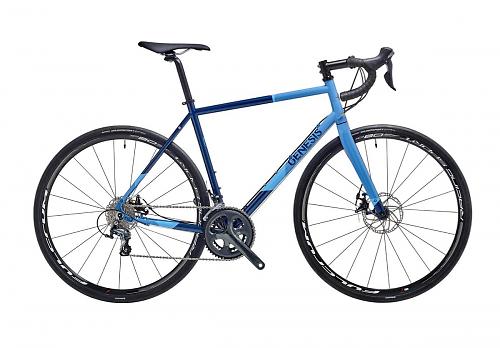 The cheapest model in the range is this Equilibrium Disc 10. It is built with a Shimano Tiagra spec and is priced £1,249.99 Genesis has made some subtle changes to the Zero performance road bikes, moving to a higher grade of carbon (30/40 ton) and dropping the frame weight down to a claimed 960g (medium sized model, including hardware).

The fork has been revised too, slimmer legs helping to drop the weight by 90g (it’s now 360g with an uncut steerer) and add more comfort, according to Genesis.

There are three Zero models, each of them with a 52/36-tooth chainset and an 11-28-tooth cassette for a wide range of gears.

The most affordable model is the Zero Z.1 (£1,799.99) which comes with a Shimano 105 groupset and Fulcrum Racing Sport wheels.