The Plug has been a staple of the Charge Bikes lineup since 2006 when it was an iconic bike in the London fixed wheel craze, before evolving, and merging with the Filter, to become a range of mostly disc-equipped road bikes.

For 2016 the Plug gets a major update. A new aluminium frame is used across most of the range, with a new titanium model spearheading the lineup, and carbon fibre forks and tyre widths increased to 38 and 42mm. We popped down to Somerset last week where Charge let us have a preview of new range.

Last year’s Plug, with a steel frame, fork and disc brakes, was well received. Stu really got on well with the Plug 4 last year when he reviewed it. Charge are keen to point out that the remit of the Plug isn’t to be a road racing bike, it’s aimed at commuters and those wanting an adventure type of bike. It would also be an ideal touring bike as well especially if you expect to encounter mixed surfaces. 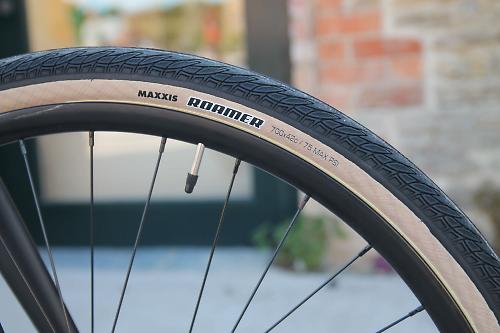 That’s a message made much clearer with the pivotal change of tyre: a new Maxxis Roamer 42mm tyre is used across most of the range, while a 38mm Kenda tyre is used on the cheapest models. The entire range though will feature tan sidewall tyres which look pretty neat. Tyres are getting wider, even in the pro peloton, and the gravel and adventure bike craze has really got the idea of much wider tyres gaining a lot of fans, especially those who want to tackle less than ideal road surfaces and even mixed terrain riding. 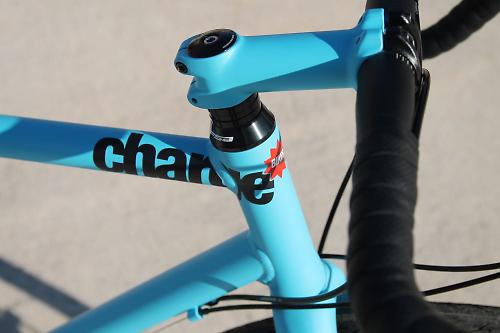 Last year the Plug used a steel frame and fork across the entire range. It’s been replaced with a new 6061 aluminium frameset and fork used on all but the top-end model, that one gets a titanium frame, the first time the Plug name has graced such an expensive frame material. Some people are going to miss the Tange Prestige frame of the previous Plug no doubt. 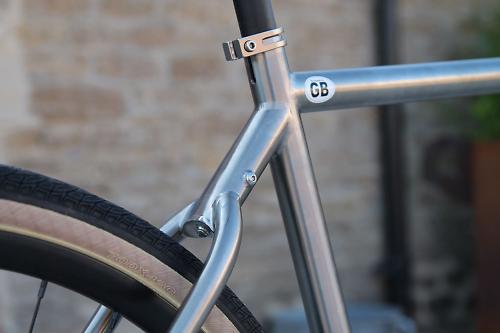 No major changes have been made to the geometry though, so the handling should be similar, if not enhanced by the frame material change. The wider tyres used across the whole range fit into the new frame just fine, but do eat into the mudguard clearance a little. You can still run a 28mm tyre with full-length mudguards if you want, but with the bigger 42mm tyre Charge says a bit of creative jigger pokery might be needed to accommodate mudguards. Taking a closer look at the bikes we don’t think there’s a lack of space at all. Charge did reveal it is developing a mudguard for next year.

The Maxxis Roamer 42mm tyres are custom made for Charge with the tan sidewall to be used on all the bikes across the range. The sidewall isn’t just about cool aesthetics, it actually uses a reinforced construction from the tyre company’s mountain bike tyres so they should be pretty tough.

There will be six Plug models for 2016, starting from £349.99 and rising to £2,499. We don’t have full details on the final production specs but here’s a quick overview of the lineup. 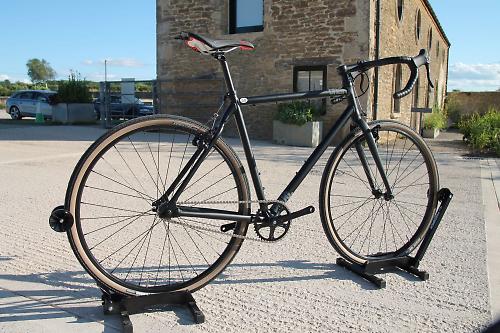 Starting the range is the Plug 0 (£349.99) which is essentially the same singlespeed/fixed wheel Plug from the previous range, but updated with a 38mm Kenda Kwick Tendril tyre with a tan sidewall. 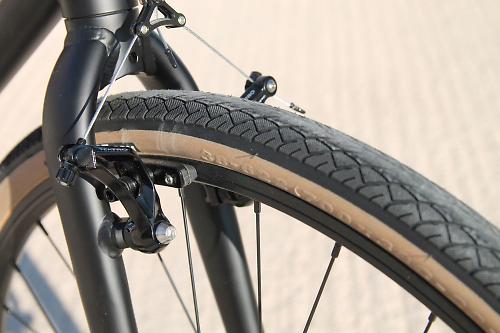 Last year this bike came with 32mm tyres.  It also swaps from caliper to Tektro cantilever brakes to provide the required tyre clearance. This model uses a steel fork and Charge has colour matched the stem with the frame. 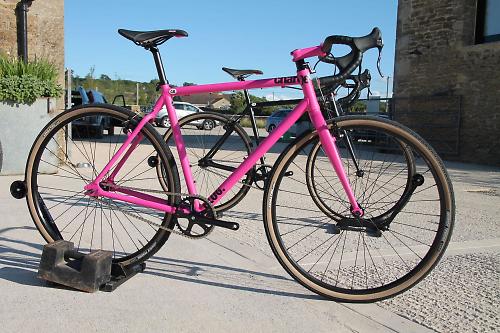 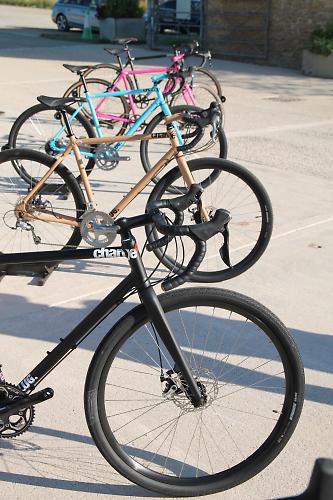 The Plug 2, 3, 4 and 5 share some common updates. Each uses a new carbon fibre fork, with a straight 1 1/8in steerer tube and mudguard eyelets and a regular quick release axle. The frames are 6061 aluminium now, titanium on the range-topping Plug 5, and cable routing now goes along the underside of the down tube (it used to be across the top tube and down tube). Charge has also developed a new handlebar with a subtle 12 degree flare that is used on those models as well. The Plug 4 (£949.99) will combine a Shimano 105 drivetrain with TRP Spyre mechanical disc brakes. This black bike was pictured with black tyres, which looked great, but the production model will come with tan sidewall tyres. We look forward to seeing how that looks. 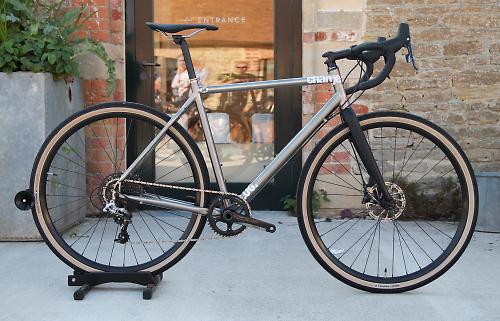 The Plug 5 (£2,499) is a new titanium model, the first time the range has featured such an expensive model. There’s also the new carbon fibre fork as well, and a SRAM Rival 1x11 hydraulic disc groupset. This sort of bike is ideally suited to the 1x11 SRAM groupset and we expect to see it featuring on a lot of bikes aimed at commuting and adventure cyclists throughout 2016 and beyond. 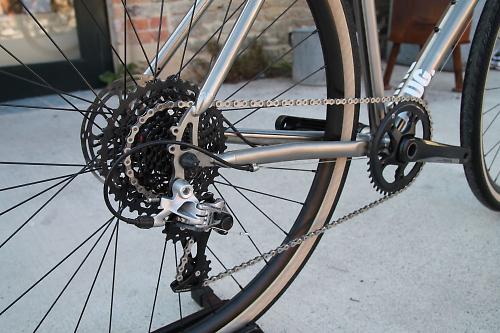 Why? It’s easy to use with just one shifter, less things to go wrong, it’s lighter and it looks smart too, and with the wide range cassette you still get a really good spread of gear ratios, high and low. It won't be for everyone everywhere, but for a lot of applications it's going to be perfect. 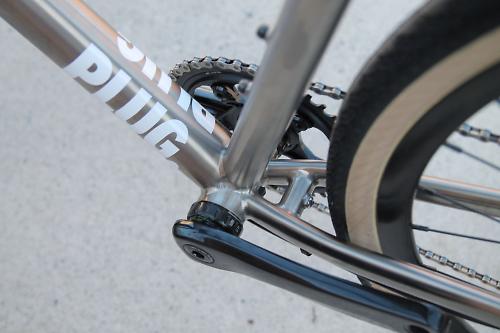 The titanium frame is really nicely made. Charge has been using titanium in its mountain bike range for some time, so has plenty of experience with the material. It uses a flared head tube with a non-tapered steerer tube. All cables are neatly routed along the bottom of the down tube. 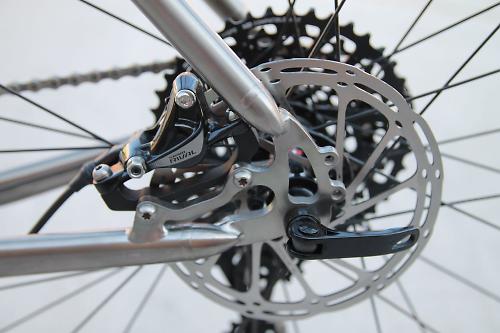 There are rack and mudguard mounts at the rear dropouts, along with mudguard eyelets on the new carbon fork. 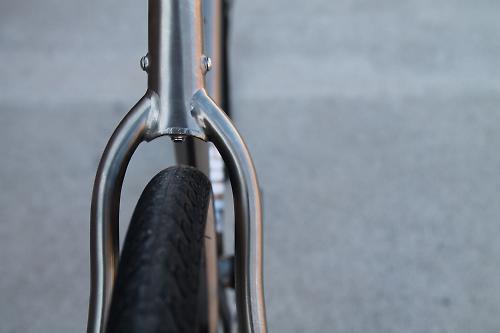 It does look like there is ample space to squeeze a mudguard in there.

These bikes should be available in September, but we'll update with more info nearer the time, and hopefully get a review on one of the new bikes soon as well.