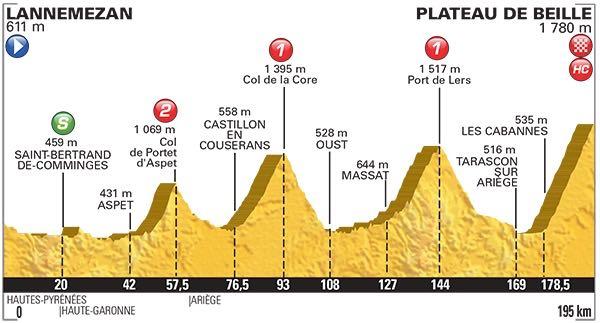 How powerful is a Tour de France rider?

Check out the SRM power readings of Cofids’ Daniel Navarro, who finished mid-table in yesterday’s stage, and see how you shape up
by Mat Brett

There has been a lot of talk in this year’s Tour de France about Chris Froome’s power data and its acquisition, but other riders have willingly published their own data from this year’s race, including Cofidis’ Daniel Navarro.

SRM provides the power measurement for more pro cycling teams than any other brand and it sometimes posts riders’ power graphs online during big races. 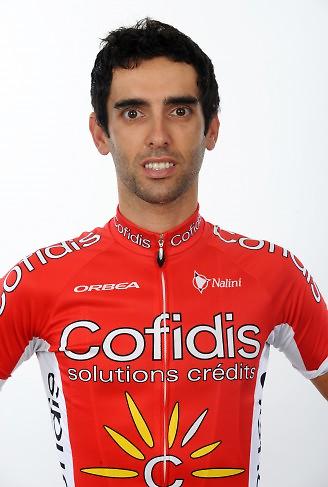 Daniel Navarro got into the break on yesterday’s stage from Lannemezan to Plateau de Beille. 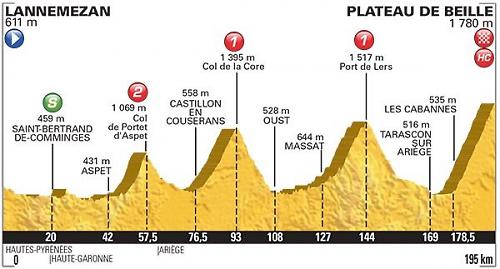 The break got well clear of the peloton – over 10mins – before breaking up. Katusha’s Joaquim Rodriguez eventually won – his second stage win of the race – with Navarro finishing 21:46mins back in 63rd place.

175 riders completed the stage, the slowest being 37:33mins behind the stage winner, so Navarro’s was a respectable mid-table finish.

So, what sort of power do you need to put out in order to achieve a fairly average finish on a stage of the Tour de France? 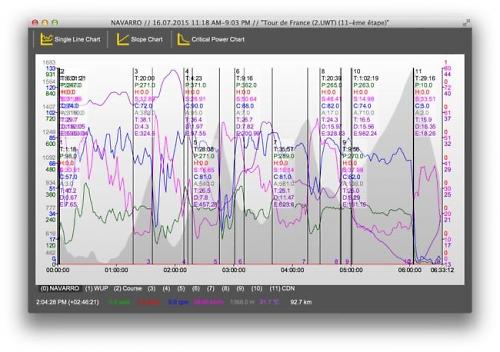 Well, Navarro’s average power over the entire stage was 247 watts (no, the graph isn't easy to read; you'll have to take our word for it).

If you use a power meter regularly you’ll often see figures higher than that, but you need to bear a couple of things in mind. First, Navarro was riding for over 6hrs. Second, he weighs 60kg (132lb, or 9st 6lb), and that’s a hugely important factor, especially on a mountain stage.

Those figures means he produced well over 4 watts per kg over the whole of the stage. And that was only good enough to get him 63rd place! 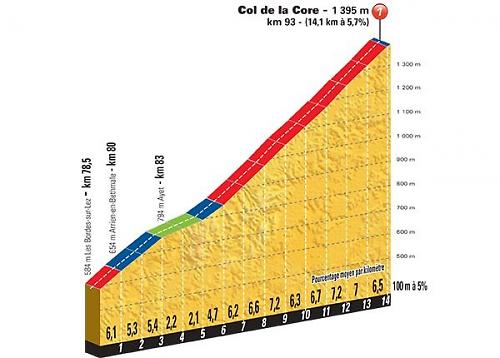 At the start of the Col de la Core, Navarro actually produced an average of 371 watts over 4mins (graph below, the green line is power but, again, you'll have to trust us on the figures). That’s 6.18 watts per kg halfway into a 6hr ride. 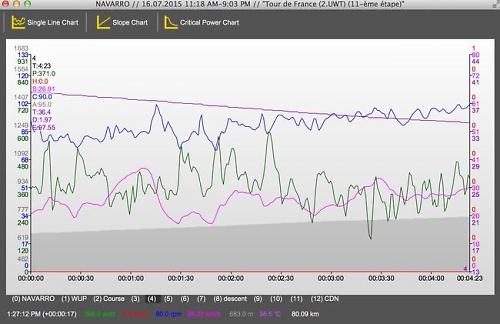 So, now you can work out what sort of wattage you need to produce for your bodyweight in order to get yourself a mid-level finish. Better slide that cake to one side and get training, then!

For more info go to www.srm.de.