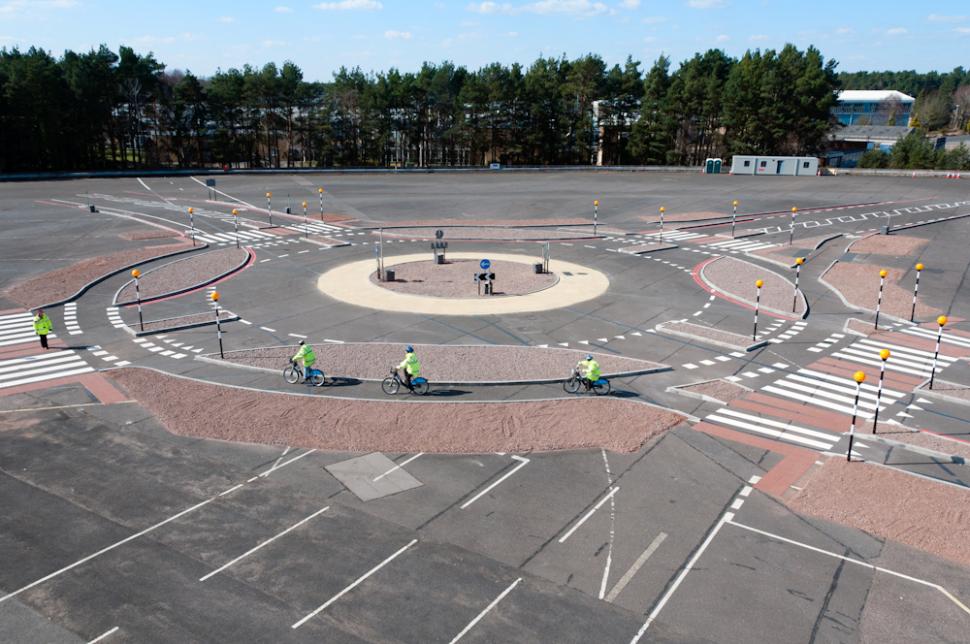 A Bedford roundabout designed to be pedestrian and cyclist friendly has seen no road traffic incidents since it was first installed last summer, reports Bedord Today. The so-called ‘turbo roundabout’ has also won an award.

When it was first completed, critics said that the design could prove confusing for drivers, with the Motorcycle Action Group claiming it could even result in more incidents.

However, a Bedford Borough spokeswoman said that so far there had been no problems. “Between 1st April 2002 and 15th July 2014 there were 40 casualties on the roundabout as a result of 35 accidents; since the construction of the roundabout there have been no accidents.”

PTRC Education and Research Services Ltd, a firm who organise training for those involved in transport planning, have presented Bedford Borough Council with an award for best sustainable transport solution after reviewing the design of the turbo roundabout.

“Bedford Borough Council is always looking for new and innovative ways to make the borough’s roads safer for cyclists and pedestrians, without affecting traffic flows.

“The turbo roundabout is a fantastic example of how new ideas can make traffic-heavy junctions safer for vulnerable road users; road traffic safety will continue to be a priority for Bedford Borough Council and we welcome the roundabout’s continued success.”

Although the roundabout does not feature segregation for cyclists, the lanes of traffic have plastic separators to encourage traffic to stay in the appropriate lane and to encourage vehicles to slow down to do so.

The effect is that motorists commit to the lane corresponding to their final exit before entering the junction. By reducing weaving around and increasing the predictability of traffic movements, the roundabout is said to be safer.

Speaking before it was installed, Patrick Lingwood, Bedford’s walking and cycling officer, said: “Even though you will be sharing the lane with vehicles I’m hoping that as a cyclist you will feel this is a safe roundabout and a comfortable experience because traffic is moving more slowly.”