Straight out the box from Upgrade is this Kinesis Crosslight FiveT cyclo-cross bike. Looking rather dashing in new graphics the double-butted aluminium frame shows it’s race heritage by sporting weekend friendly features like a flattened top-tube underside for shouldering ease and mud-shy top-routed cabling and yet has twin bottle-mounts and rack/mudguard eyelets for weekday versatility.

Yes this is one of those special British 'cross bikes that with a change of tyres is all ready to go as a commuter bike or, note those rack and bottle cage mounts, to take you off on tour. 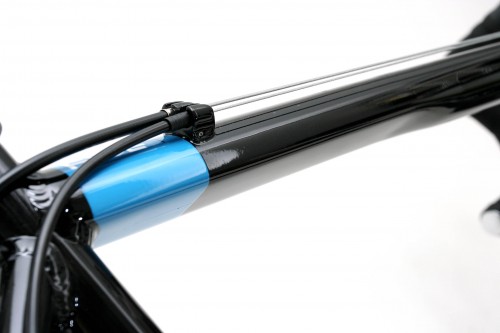 It's spring (hopefully) and we're testing cyclo cross bikes, what madness is this? Well,  Kinesis and other makers of tell us that these bikes are good sellers all year round something echoed by other cross bike manufacturers too. See there's never a bad time of year to go and play in the mud, or ride to work… or go for a tour. Suggested retail price for the FiveT is £969.99 but even a cursory glance around the interweb suggests you can find it for less, it is also available as a frame only option for those who like to do their own thing. 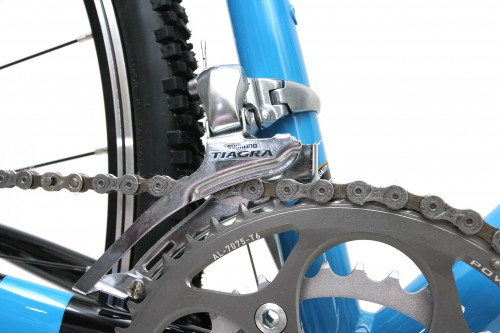 Component sweeties to lick include a Kinesis carbon fork, 9spd Tiagra shifters and mechs, a Truvativ compact chainset, Tektro Froggleg-style cantilevers, Mavic rims and Kenda tyres, with other bits being unbranded and utilitarian to line the price up well within the melee of the £1,000 battleground, an arena where on first impressions this bike looks to come out fighting hard from the bell (not included). But we’ll put all that out on test in the field. Many many fields.