This is the new Argon 18 Nitrogen Pro aero road bike that’s being raced by the German Bora-Argon 18 team in this year’s Tour de France.

The team have three models of bike at their disposal: the lightweight Gallium Pro for the mountain stages, the E-118 Next for the time trials, and this Nitrogen Pro aero road bike. 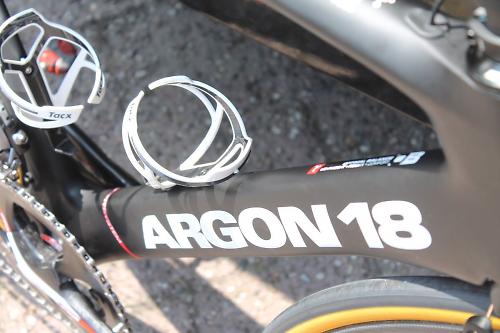 Argon 18 launched the Nitrogen, its first aero road bike, last year. The Canadian brand describes the Nitrogen Pro as “the improved version of the Nitrogen”.

Argon 18 says that the Nitrogen Pro is made from a lighter carbon composite than the Nitrogen, shedding 130g. The official frame weight is 833g. That’s for a medium frame with paint and clearcoat. The frame hardware adds 52g. The frame shape appears to be the same. 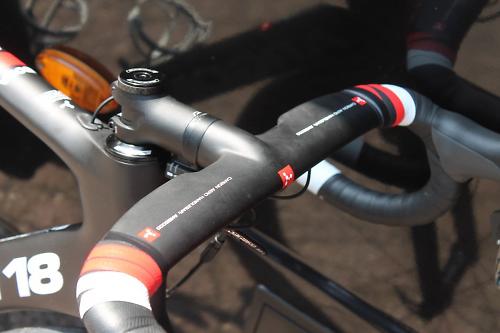 The other key feature is the new AHB5000 aero handlebar that will also be available aftermarket for use on other road bikes. Argon 18 says that the bar offers up to 30% drag savings over a standard round bar.

The AHB5000’s unique selling point is the ‘jaw clamp’ system that provides adjustability. The AHB5000 comprises three different sections: the handlebar section, the steerer clamp section and the adaptor that sits between them. You can have the bits in various sizes to get the setup you want, the joints covered by a band.

The cables run internally and you get two bolts for a standard computer mount. The Nitrogen Pro uses V-type brakes from TRP that are hidden behind the fork legs and seatstays so as not to increase drag. The seatpost is made to the same aero profile as the seat tube with the seatpost clamp hidden internally. The Bora-Argon 18 team use Shimano Dura-Ace Di2 components but this is an FSA K-Force Light chainset. We’re not sure which rider this bike belongs to but he’s using 54/39-tooth chainrings. The pedals are Speedplay. 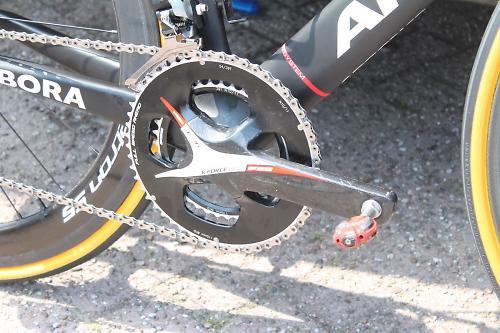 The wheels are Vision’s Metron 55s with Vittoria Corsa SC tubular tyres in a 25mm width. 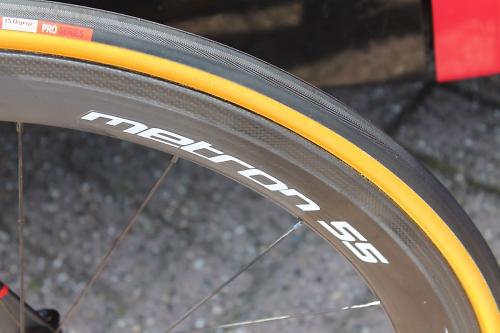 We don't have details on prices or a timescale for availability in the UK.