Giant have announced an updated TCR road racing bike range for 2016, the TCR Advanced SL offering the best stiffness-to-weight performance of any bike in its class, according to Giant.

Whereas brands like Trek, Merida and Bianchi have all introduced superlight race bikes to the market recently and other brands have concentrated on improving aerodynamic efficiency, Giant have gone after stiffness-to-weight. “We wanted to achieve [a better] stiffness-to-weight ratio [than] competitor bikes while maintaining TCR’s legendary handling characteristics and improving the overall ride quality,” said Erik Klemm, Giant’s global on-road lead designer. “In the end, it was our superior engineering and manufacturing capabilities that allowed us to achieve those goals.” By that he is alluding to the fact that Giant manufacture their bikes in-house from the carbon fibre up, rather than having them made by a third party.

I was out in Mallorca last week for the media launch of the new TCR range and had the chance to ride the TCR Advanced SL, so check out road.cc’s First Ride too. 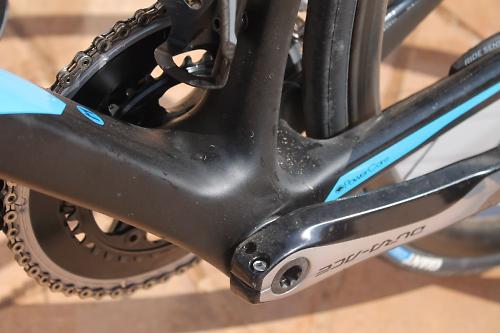 The TCR Advanced SL, made from Giant’s premium grade composite, is the flagship model in the range. As I said, Giant have chased stiffness-to-weight here. In order to improve this, Giant say they have reduced frame weight over previous models while maintaining stiffness.

Giant claim that the new TCR Advanced SL frame weighs 856g, while the Advanced SL-Grade composite fork is 302g, resulting in their lightest road frameset ever. 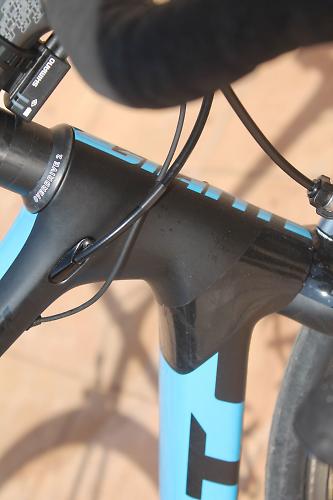 Different brands weigh their frames differently, so it’s worth mentioning that Giant weigh a painted/decaled production frame in a medium size. They also include the integrated seatpost and clamp, front and rear mech hanger/clamp and all production hardware like water bottle bolts.

The fork is weighed with an uncut steerer, and headset/expander/top cap.

Some brands are a bit more sneaky, including the bare minimum in their figures.

The large sized model that I rode, built up with a Shimano Dura-Ace Di2 groupset and Giant’s own SLR O wheels, weighed in at 6.58kg (14.5lb, without pedals) on the road.cc Scales of Truth, while a medium model weighed 6.36kg (14.0lb, without pedals). Exact weights will vary slightly depending on manufacturing differences and the length of the integrated seatpost (you cut it to length). The minimum weight limit for UCI-sanctioned racing is 6.8kg.

Giant have reduced the size of many tube profiles and smoothed those profiles out to reduce weight. The designers have also changed the internal cable routing with fewer but larger ports, and included a new headset assembly and integrated seatpost clamp design to shave further grams. 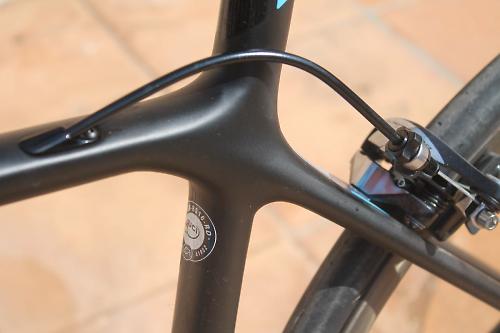 Now, it must be said that these tests were performed by Giant, and Giant probably wouldn’t tell us about any tests in which their bike didn’t perform highly. That’s obvious. Plus, we’ve not had the chance to verify any of these figures, so we’re just reporting that Giant say the new TCR Advanced SL came out better than the Specialized Tarmac S-Works fitted with Roval Rapide CLX 40 wheels, the Cervélo R5 fitted with HED Ardennes Plus LT wheels, the Trek Emonda SLR fitted with Bontrager Aeolus 3 D3 wheels, the Cannondale SuperSix Evo Black Inc fitted with Enve Smart 3.4 wheels, and the Scott Addict SL fitted with Syncros RL1.0 wheels.

Those other manufacturers would doubtless dispute the claims and/or perhaps argue with the testing protocol. That’s usually the way!

On top of the weight and stiffness, Giant are keen to shout about the TCR Advanced SL’s handling. 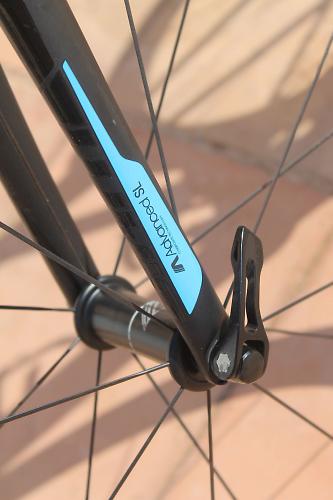 “An all-new Advanced SL-Grade composite fork shaves 30g of weight, yet increases stiffness,” say Giant. “A refined, smoother tapered shape of the steerer tube saves weight and better positions the lower headset bearing for optimal transfer of force from the OverDrive 2 head tube to the MegaDrive down tube.”

Ah yes, Giant have moved the lower headset bearing upwards in the head tube by 2.5mm. It’s still a 1 1/2in bearing while the upper bearing is still 1 1/4in. 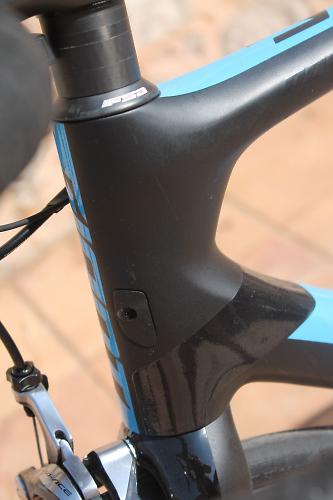 Giant say that they tested the frame stiffness of the TCR Advanced SL against all those frames mentioned above – locking the frame at the rear dropout and applying a lateral force at the fork. You’ll never guess which frame came out best... Oh, you did. The Giant.

The final feature that Giant emphasise is the ride quality, and they say that the new Variant integrated seatpost is the protagonist here.

“Drawing from knowledge gained from the development of Giant’s Vector and D-Fuse seatposts, both the proprietary shape — which allows for a more consistent wall thickness — and the integrated design allow Giant’s engineers to achieve the optimal TCR ride feel,” say Giant. Too much compliance would lead to excess movement when pedalling seated, so this is always going to be a matter of balance.

The TCR Advanced SL’s geometry has been tweaked very slightly but, as you’d expect, it’s still completely race-driven. The large size I’ve been riding has a top tube that’s 5mm shorter than previously (58cm), and a seat angle that’s 0.5 degrees steeper (73 degrees). The result is that the stack and reach - vertical and horizontal distances between the centre of the bottom bracket and top of the head tube - are virtually the same as before. 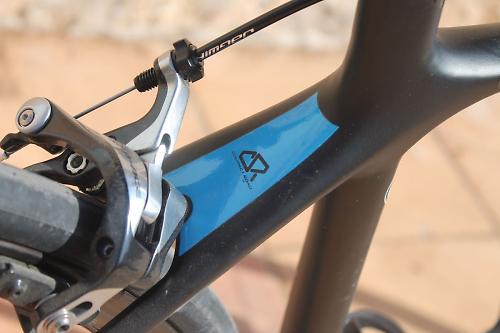 UK pricing will be set in early August and deliveries will begin in September.

Although it’s made from a different grade of composite, many of the TCR Advanced SL’s features are carried over to the new TCR Advanced Pro, and Giant again say they have managed to shed weight without sacrificing stiffness.

A wholesale slimming down has taken place here, Giant reducing the profile size of the top tube, seatstays, chainstays, seatpost and fork legs, and making the walls a more consistent thickness than before to minimise excess weight. The lower headset bearing has been shifted up slightly so that it’s more in line with the down tube.

At the heart of things is what Giant call their Powercore oversized bottom bracket/chainstay area, with an 86mm-wide BB and asymmetric chainstays that are designed to provide stiffness. 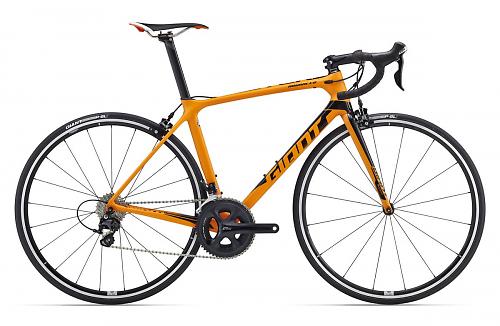 Incidentally, all the TCR Advanced SLs and Pros come with 52/36 chainsets. It’s a popular option. Like its more expensive siblings, the straight TCR Advanced (as opposed to the SL or Pro) has a redesigned frame and the Variant seatpost.

It will come in Shimano Ultegra, 105 and Tiagra models, all with compact chainsets and Giant P-R2 wheels.

UK pricing across the range will be set in the UK early August and deliveries will start from September.