The lightest production road line ever

First, a brief recap of the story behind the Émonda (skip to The ride section if you already know it).

These are based around three different framesets: the S, the SL (which, if bought as a bare frameset, is £1,350), and the SLR (£3,000). They’re all carbon, although different types of carbon.

The SLR is the top, World Tour level version, and the one that we got to ride ahead of the start of the Tour de France in Yorkshire.

Whereas the big bike brands have mostly been shouting about aerodynamics and integration over the past few years, Trek have unashamedly concentrated on cutting weight with the Émonda. They say that they have worked on the tube shapes and the laminate to produce “the most sophisticated tube optimisation ever”.

They reckon the SLR frame weighs 690g painted, a touch lighter than Cannondale’s SuperSix Evo. They also say that they have engineered those tubes so that each Émonda size feels and performs exactly the same. 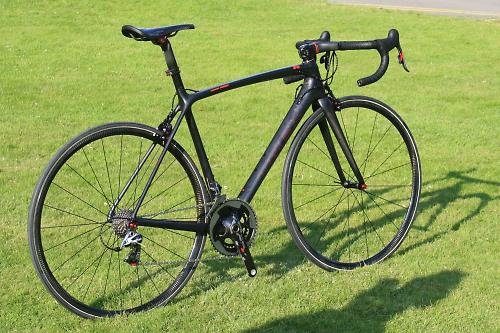 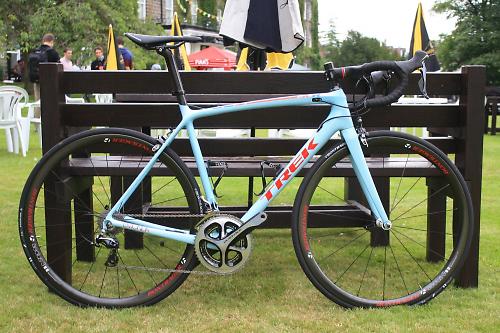 Whereas the S and SL are both available in just Trek’s standard H2 geometry, the SLR comes in their more aggressive H1 (lower and more stretched) fit too.

The Émonda’s geometry is very similar to that of the existing Madone. Although the chainstays are a touch longer on the Émonda, the stack (the vertical distance between the centre of the bottom bracket and the top of the head tube) and reach (the horizontal distance between those two points) are virtually the same.

Okay, that’s enough background – check out our original news report for more details – let’s get on with the ride. 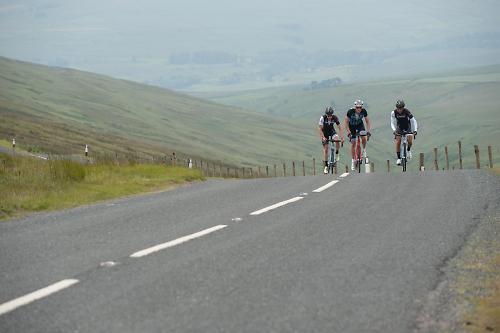 We got to ride the Émonda for 80 miles over part of the Stage One route of this year’s Tour de France, starting just before the big Buttertubs climb, a few days before the Grand Départ. Well, most of it was over the Tour de France route. We overshot a turning and added 15 or 20 unscheduled miles – “Okay, so you’re saying that the Tour isn’t coming through Richmond?” – but the point is that we got about four hours in the saddle including about 1,500m of climbing. That’s nowhere near enough for a full bike review, but it’s more than we typically get at a bike launch. 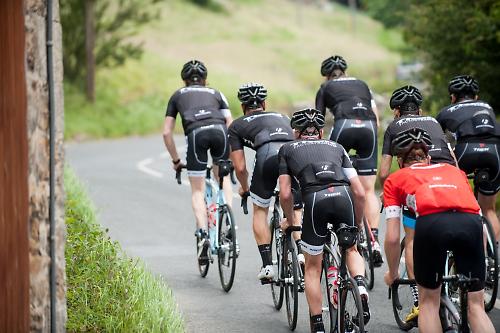 I was on the Émonda SLR 9 which would be, if it weren’t for the ridiculously high-end 10, the flagship model in the line-up. The SLR frame, as I said before, is the superlight 690g one. It’s made from Trek’s ‘Ultralight 700 Series OCLV carbon’ with an oversized BB90 bottom bracket and an E2 tapered (1 1/8in to 1 1/2in) head tube. The fork is full carbon right down to the dropouts. 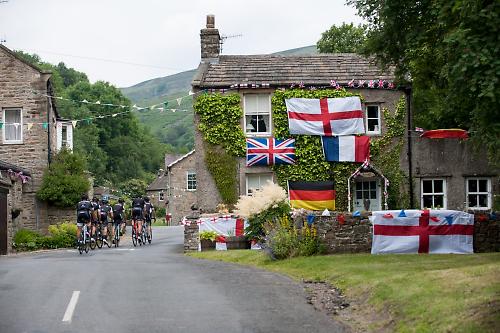 This bike might not be as featherlight as the Émonda SLR 10 but it’s still extremely light at about 13.5lb (6.1kg) without pedals. Add your pedals and you’re still well below the UCI’s 6.8kg minimum weight limit for racing. That might not be relevant to you, but it shows just what sort of bike we’re talking about here.

It’s not going to surprise you much to learn that the Émonda is very light and reactive. My initial feeling is that it climbs as well as any bike I’ve ever ridden. We did about seven or eight miles to get the legs moving and then headed up Buttertubs Pass, used as a King of the Mountains climb in Stage One of the Tour later in the week. Whatever the gradient – and Buttertubs varies quite a bit; it’s not consistent – the Émonda responded readily to extra input. Heading down from Buttertubs is great fun. It’s fast and bendy, and the road dips steeply going into a couple of the corners. All-in-all, it’s a good test of a bike’s handling capabilities and, despite never having ridden Buttertubs before, I felt confident enough on the Émonda to push really hard and sling the bike fast into the bends knowing I’d end up exactly where I was aiming. Excellent brakes help there, of course, the direct mount Dura-Ace units fitted here providing the modulation and all-out bite that I needed to stay out of trouble. They're ultra-solid and if anything slightly out-perform standard Dura-Ace calliper brakes Down on the rolling road across the Dales, it’s simple to shepherd the Émonda over each little climb but what’s more surprising is that it feels very comfortable. Although the Émonda is a thoroughbred racehorse, at the end of four hours in the saddle I certainly didn’t feel like it had given me a kicking despite the relatively narrow (23mm) tyres fitted. I couldn’t tell you if I have to thank the frame for that, the carbon seatmast cap or the carbon-railed Bontrager Paradigm XXX saddle. Maybe it’s all of them working together. Whatever, I’m really keen to get an Émonda in for a proper test here on road.cc soon.

I’ve been a big fan of the high-end Madones over the past few years. I’ve never owned one but I’ve ridden several at launches and for reviews. My initial impression is that the Émonda is every bit as impressive.