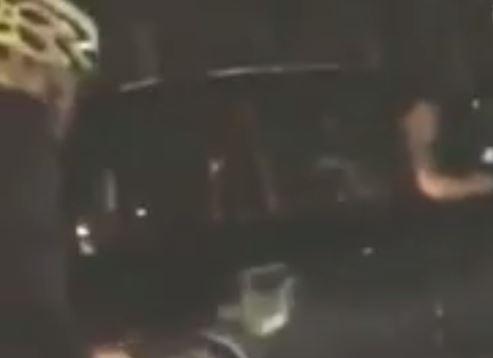 Mayor of London Boris Johnson has been filmed trading four-letter insults with one of the city’s black-cab drivers – although both his office, and the body representing many of the capital’s licensed cabbies, are playing down the incident. Green politician Baroness Jenny Jones says however that the pride London’s taxi drivers took in their trade has turned into arrogance in some cases.

The footage, filmed in Islington last week, highlights tensions between some taxi drivers and Mr Johnson, who has rejected calls to clamp down on apps such as Uber, which many black-cab drivers believe is affecting their business and also break rules about metered fares.

A source close to the mayor – who since last month is also MP for Uxbridge and South Ruislip – told BBC News that Mr Johnson had employed "a colourful choice of language,” but added, “he was giving as good as he got to a guy who heckles him regularly."

Steve McNamara, general secretary of the Licensed Taxi Drivers' Association, Steve McNamara, added: "This was an incident between two grown men. No children were about and no-one was offended. It's a bit of a storm in the tea-cup."

But in a blog post published on road.cc, Baroness Jones, who confesses “I love black cabs” as a means of getting home safely from evening events, says that many of their drivers generalise about cyclists, generalising that anyone on two wheels ignores the law.

In her blog, which you can read here, she points out instances where she has seen cabbies themselves go through red lights, the same offence some of them accuse cyclists of committing.

She asks: “I’m left wondering if the old fashioned pride that cabbies once quite rightly took in their jobs has turned into an arrogance about their being the only people on the roads who really understand conditions?

“If that’s so, then Transport for London and the Met have a serious job of education to do,” she adds.