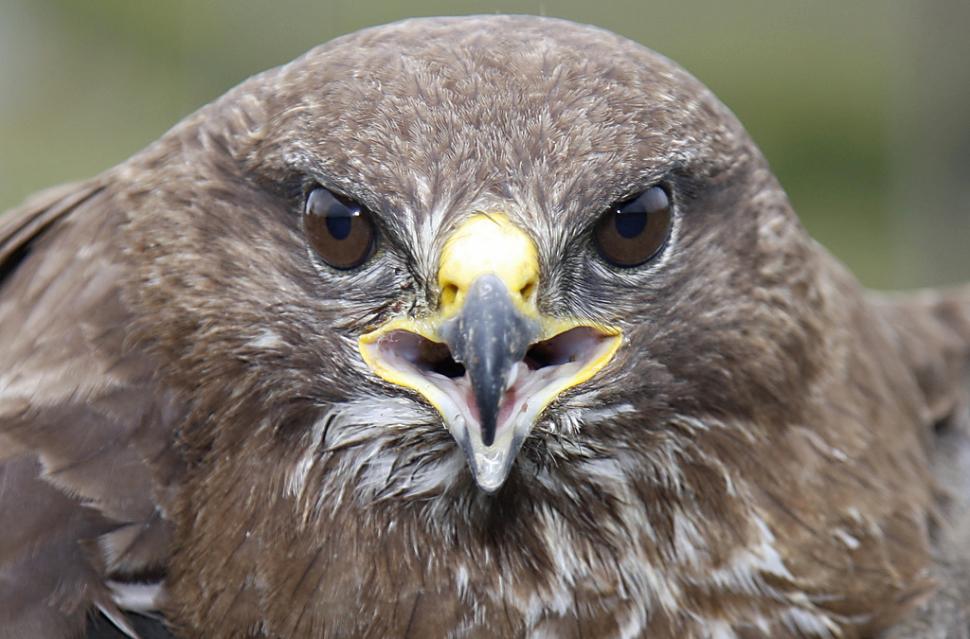 While most cyclists will have been chased by a dog at least once, few can claim to have been attacked by a buzzard.

However, that is exactly what happened to James Curry, of Banbridge Cycling Club, when, cycling near Banbridge, Northern Ireland, last week, a buzzard landed on his helmet and dug its talons in.

It is believed the bird, who has also apparently attacked another cyclist twice, is simply protecting its chicks, which have hatched late this year.

Curry told the Dromore Leader "I was just cycling down the road and this big bird slapped me on the back of the head."

“It was massive. I didn’t expect it to be honest. It used my helmet as a landing spot and ripped into it.

“Then I shouted at it and thankfully it flew off, although its wing hit me on the shoulder as it did.”

He said: “If I wasn’t wearing a helmet, I could have been badly hurt.

“The bird is huge. It has quite a small body but its wings are as big as your arms and its beak is massive.”

Steven Lindsay, of Dromore Cycling Club, has been warned off by the bird on two consecutive mornings.

He told the Dromore Leader: "On the first morning, I was hit at the top of the rise after turning onto the Drumneath Road off the Castlewellan Road."

"The next morning I was cycling along the Drumneath Road before the Quarry Road junction when I received a blow to the head again.

"I’ve been chased by dogs and abused by motorists but I never thought I’d be attacked by a bird."

The raptors, which can live for 25 years, weigh between 0.4-1.4kg, with razor sharp claws, so can cause significant damage if they dive and attack.

Eimear Rooney, from the NI Raptor Study Group, has warned cyclists to stay away for the next fortnight. “This pair has nested quite late and so the chicks have just hatched,” she explained.

“At the minute, the female is staying near the nest to protect the chicks but that will stop after the next two weeks. The chicks will be old enough to stay on their own and the mother will be away hunting.”

Rooney pointed out it is illegal to disturb birds of prey during nesting season and has urged locals not to take matters into their own hands, but call Northern Ireland's Environment Agency on 028 9056 9605 with concerns.

Buzzard attacks are rare but not unprecedented. In 2013 one cyclist was attacked three times in two days by a buzzard in Scotland, which was also aiming for the head. A local wildlife ranger at the time believed "they have a thing for cyclists".

In the mid-2000s a repeat offender in Devon attacked cyclists on a number of occasions, causing puncture wounds to riders' heads. CTC Devon dedicated a page to the "Mad Buzzard".

In Australia it's the magpies cyclists have to watch out for. It's estimated 90% of men and 72% of women in Australia have been attacked by an Aussie magpie.