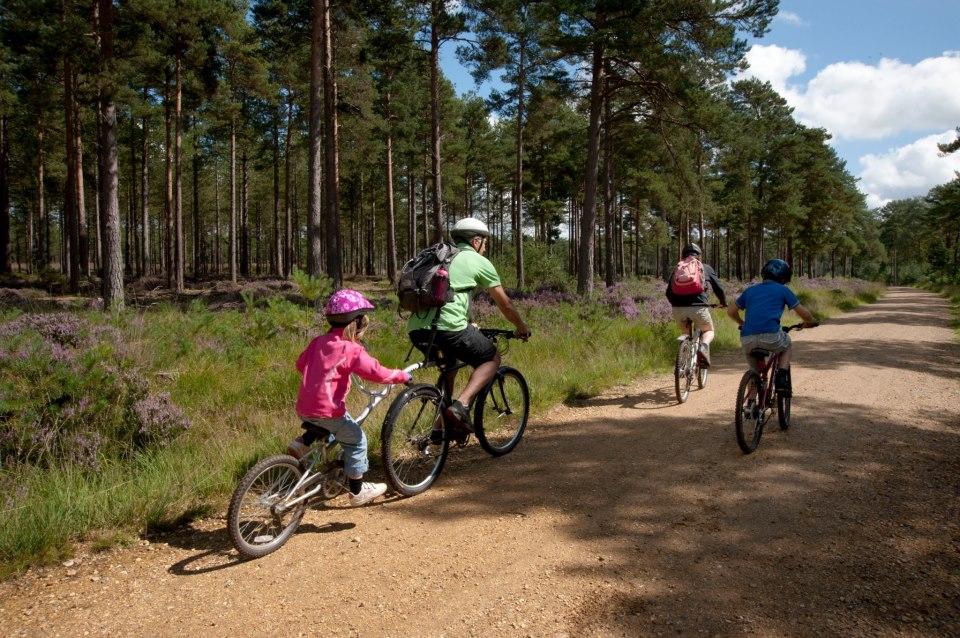 People riding their bikes at a country park close to the New Forest are being warned to be alert after a cyclist was hurt by fishing line  stretched at head height on a cycle path. A local cycling club is now aiming to raise funds so a reward can be offered to help track down the culprit.

A warning about the find at Moors Valley Country Park, Dorset which is popular with families for its off-road paths and also has more challenging singletrack routes, was posted to its Facebook page by Tanya Hall last week.

She said that her partner had been cycling there on the afternoon of Sunday 10 May when he found “at least 15 strands of fishing line strung between two trees across the cycle path.

“Fortunately for him he saw it, although he hit it, he had managed to slow his speed down so he was not at full pelt. He has ended up with a couple of small cuts.

“If this had been a child, it could have caused all sorts of damage. It has been reported to the Ranger. So take care out there while you are out enjoying the park.”

One of the park’s rangers told the Dorset Echo that the incident had been reported to police and that cycle paths would be monitored for similar traps during the coming weeks.

She added: "We are grateful to all visitors who report any such incidents to us so that we can act as swiftly as possible.

"We sincerely hope this was a one-off incident but we take very seriously any malicious behaviour such as this and will continue to work with the police on this matter."

Test Valley Cycle Club is now appealing for donations through its website to raise a reward for information that helps track down those responsible, saying:

This sort of act is increasing in the UK, with offenders no doubt thinking that they can't be caught. This deliberate attempt to harm a child or adult must be investigated and prosecution brought against those responsible.

In order to encourage people to come forward with evidence, the Test Valley Cycling Club has organised a fund to collect donations to reward anyone providing evidence that leads to a conviction. These will be passed to Dorset Police. In the event that no-one is convicted of this offence, the funds will be donated to Moors Valley Country Park, to enable improvements to the existing trails.

This could be your child, or a friend or relative seriously hurt. We must make a clear and loud statement that this sort of action is a deliberate threat against our children and loved ones, and will not be tolerated. Please donate by clicking on the link below. Debit, credit card or PayPal accepted.

The country park lies within the New Forest, where for several years now there has been a small but vocal element opposed to mass participation cycling events.

At times, that has been accompanied by some acts of sabotage including sprinkling tacks or drawing pins on the road or removing changing direction signs.

Last November, the Department for Transport rejected plans by the New Forest National Park Authority to use £300,000 of government money to help build a cycling centre at Moors Valley, which is jointly operated by the Forestry Commission and East Dorset District Council, but lies some three miles west of the national park itself.