Trek launched the superlight carbon fibre Émonda last summer and has now added an aluminium version to its range, the Émonda ALR. The new frame is Trek's lightest ever aluminium frame, a size 56cm frame weighs a claimed 1,050g. That's about the same as a Kinesis Aithein or Specialized S-Works Allez frame, and lighter than Cannondale’s critically acclaimed CAAD10, often used as a benchmark for aluminium frames. 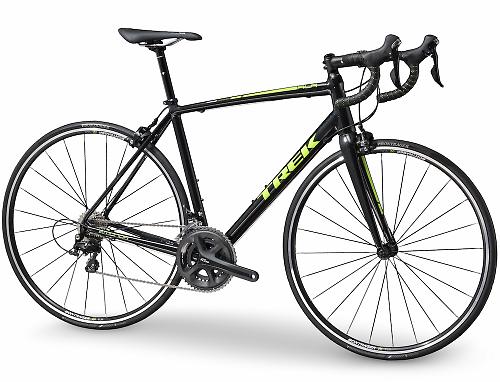 Trek claims the new Émonda ALR “delivers the same ultra-lightweight performance and superior handling of Émonda with an advanced aluminium frame that projects the ride characteristics and even the aesthetics of a carbon bike.”

The Émonda ALR frame is constructed from a new 300 Series Alpha Aluminium tubeset with size-specific tubes that are hydroformed to provide a similar appearance to the carbon fibre Émonda. Trek has developed Invisible Weld Technology a process which the company reckons save weight by requiring less material and creating smoother and stronger joints between the frame’s tubes. Trek says it has “pruned away every unnecessary element” to make it as light as possible. 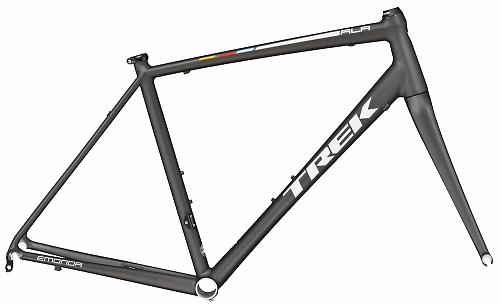 The Émonda ALR will be available in the same H2 geometry as the carbon Émonda. The frame will be paired with a carbon fibre fork weighing 358g and there's the familiar DuoTrap S in the chainstay. There’s also a frameset option for £700, making a self-build an enticing option for many racers wanting to built a lightweight race bike.

Wondering if there’s a weight limit for the Émonda ALR? Kinesis put a weight limit on their 1,040g aluminium frame, so you might expect Trek to do the same. In fact, they don’t, the rider weight limit is the same as other Trek road frames, which is 275lb. The frame comes with a lifetime warranty.