Subscribe
Back to news
news
Riding
Art and design 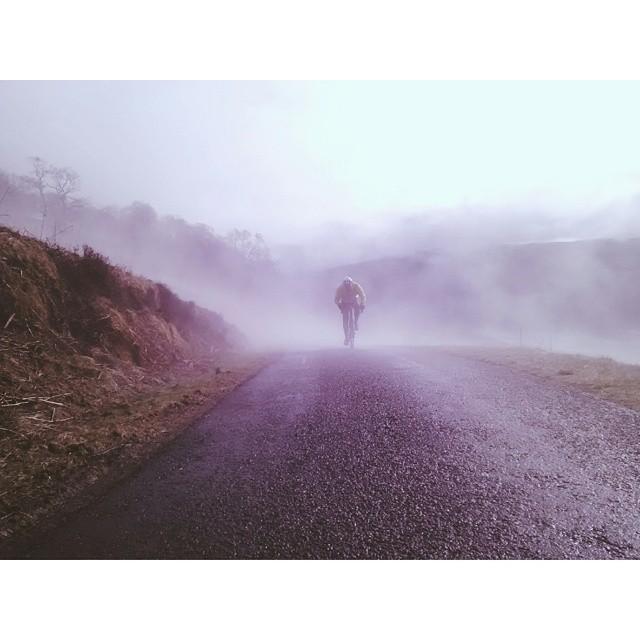 #mycyclingweekend 9 - On the fifth day he rested his legs

Religious rhetoric dictates that Jesus rose on the third day, rode on the fourth day, and rested on the fifth - right?
by Elliot Johnston

We hope that all of our road.cc readers had a fantastic Easter weekend, and that those of you in the UK enjoyed the double bank holiday's spectacularly springy weather.

Here, as always, to ease you through your two-wheeled weekend withdrawals are our selection of your #mycyclingweekend snaps.

We had over 200 photos digitally fired in our direction over what was the longest weekend of the year, and boy did you make the most of it.

As always at this time of year though the weather plays a huge part in whether or not many of you make it out on your bikes. It can be a struggle to rustle up the required motivation to get out on a long ride through rain and wind, but the weather this weekend, for the first time in a little while, was kinder.

Sure, we had periods of cloud, some misty mornings, and maybe the occasional little shower - but the big difference was the warmth.

The variety of mild conditions led to a fantastic range of photos, here are a few starting with one of our favorites this week: Eachann Gillies' Scottish snap in the mists by Loch Katrine.

Ciaran emerging from the mists beside Loch Katrine.

A photo posted by @pork_adventures on

Amazing views yesterday, this was at the top of a 18/20% graded hill. Absolute shit of a hill! Worth it at the top! #road #roadie #ride #ridelife #giant #defy #peak #peakdistrict #hills #nature #beautiful #sunny #stravaproveit #strava #photooftheday #mycyclingweekend #summer

The year is wearing on - unbelievably we're in our fourth month already - so your summer legs should be coming along nicely. If the weather continues to improve you'll have very few excuses for not being in peak condition in the not-so-distant future.

But, a few of our readers appear to be well on their way to finding those summer legs. Instagram users lookseehear and mtbgirl_uk have both been braving muddy conditions to get the miles in, while over on Twitter Jessica Hambly is not only showing off her legs, she's also slipped in a little boast about the superbly sunny conditions she's cycling in. No fair.

#mycyclingweekend was a pretty muddy one. More adventures tomorrow!

A photo posted by Luke (@lookseehear) on

Tired and two-tone after a fast and sunny 100km! #mycyclingweekend pic.twitter.com/Pa8SyTYorO

To finish off this week's #mycyclingweekend round-up, we've got our favorite snaps from around the world on this long weekend.

We start with Chris Dunn's selection of stunning shots from Abruzzo in Italy, followed by Instagram user mathildeandjude's shallow focus daisies in Toulouse, t_alioua's Moroccan mountain, adrian_0014 and his friends in Spain, hamishg333's moody snap on the Dutch coast, and David Fairweather's trip to Tuscany.

A photo posted by Adrian Rodriguez (@adrian_0014) on

Pushing the definition of road biking in Tuscany. #mycyclingweekend pic.twitter.com/renwUTKPwq

If you like what you've seen here, there are still plenty more to take in over on Twitter and Instagram - go and have a look by searching for the #mycyclingweekend hashtag on either site.

Think you've got a better eye for a photograph? Or do you just want to share your own little cycling story with us? Either way, take a snap next time you're out on your bike, upload it to your favorite social network and fix the little #mycyclingweekend hashtag onto the end of it.