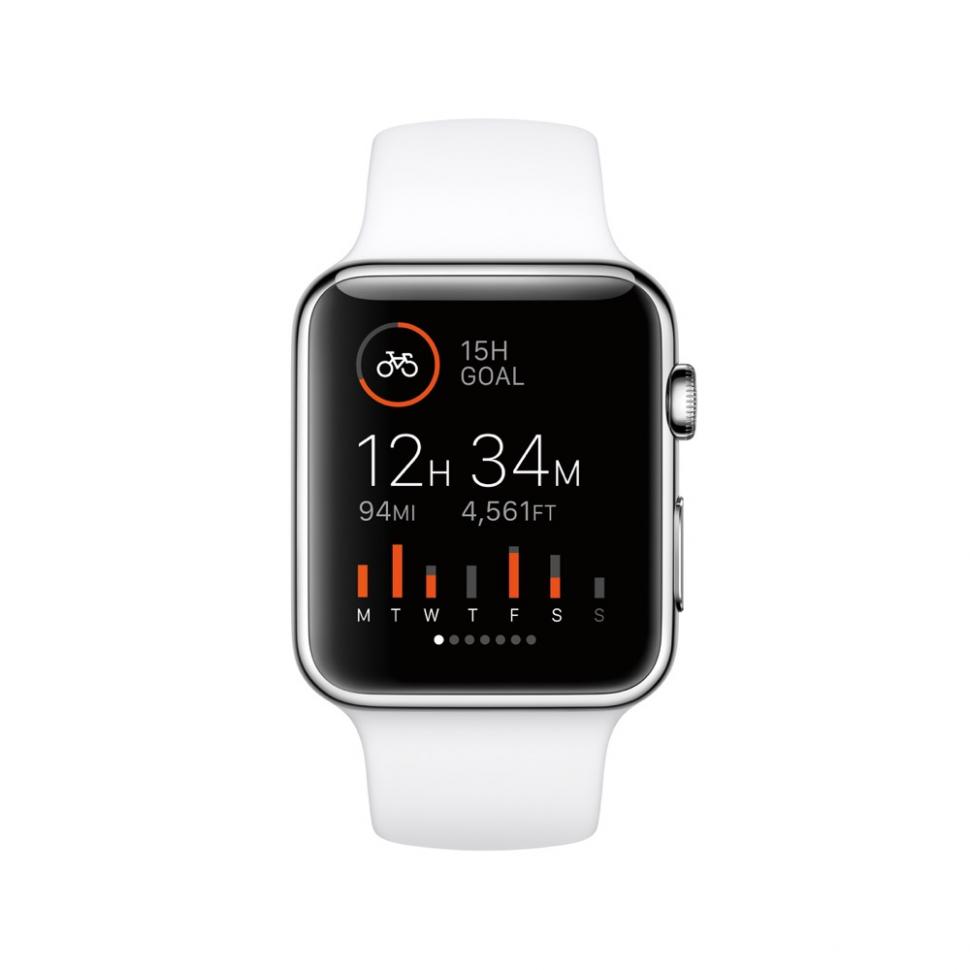 Strava has redesigned its mobile app specifically for the new Apple Watch, details of which have just been announced.

Strava says that its global online community for athletes “will seamlessly integrate with Apple Watch’s distinctive technology, delivering effortless connectivity and a more personal, engaging, and real-time training experience for cyclists and runners.”

“The redesigned app will extend the breadth of Strava’s product portfolio from web (strava.com) and mobile (iOS and Android apps) to the most anticipated wearable device of our time, Apple Watch,”said Erik Joule, Strava’s chief marketing and commerce officer.

Strava for Apple Watch will allow you to track time, speed and distance in real time, toggle between Ride and Run modes, and automatically sync activities with your Strava profile. You will need an iPhone to use the Watch to its full capabilities.

• Intuitive on-wrist display: You can track your performance on Apple Watch in real time while keeping your phone tucked away.

• Real-time segments: You’ll be able to receive alerts as you approach a starred segment, check elapsed time in the moment, then get instant results at the finish.

• Immediate hands-free results: Completed activities automatically sync with Strava and your results are instantly summarised on the Apple Watch display.

In the build up to the Watch’s release, Apple released the WatchKit software development kit to allow developers to design apps for the device and have them ready ahead of time. Like Strava, social networks like Facebook and Instagram have already developed software for the Apple Watch, and the Viewranger navigation/positioning app has been adapted for it too. 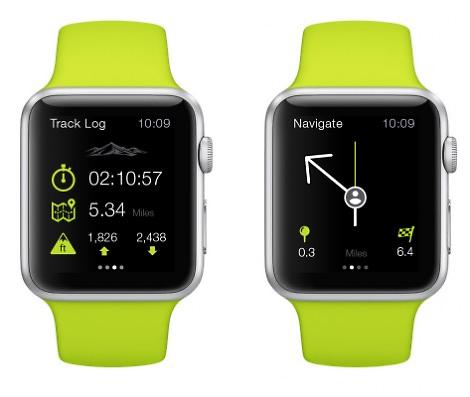 The Apple Watch is not self sufficient in that to provide GPS tracking – as well as to receive calls and transmit messages – it has to be used alongside an iPhone 5, 6 or 6+.

“A simple glance at Viewranger running on the Apple Watch will provide information on where you are and where you are going, without needing to fish the iPhone out of your pocket,” say Viewranger.

“This includes directions for navigation such as your current coordinates, altitude, heading, plus distance to the next waypoint, point of interest, or to the end of the route. It is also possible to review information about your trip such as the duration, distance travelled and height gained and lost.

“As with other smartwatches, this is not an attempt to replicate the smartphone experience, instead it offers a new way to access time-sensitive information that will appeal in particular to people out cycling or walking or engaging in any outdoor activity where you need to keep your hands free.” 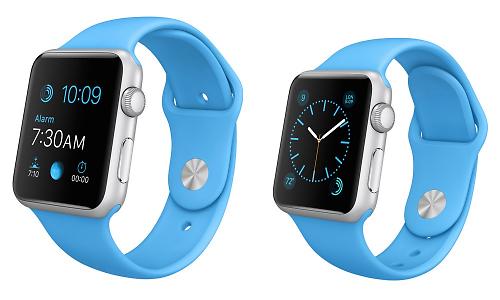 Apple’s smartwatches will cost from £299 to £13,500 when they become available on 24 April (pre-orders start on 10 April), the price of each one determined by the metal it is made from (aluminium, stainless steel or gold) and the type of strap it comes with. The 38mm models will be around £40 cheaper than the 42mm models.

The range is divided into three segments: Watch, Watch Sport and Watch Edition.

The 10 Watch Sport models get anodised aluminium cases in silver or grey and come with strengthened Ion-X glass that’s said to be resistant to scratches and impact. They’re distinctive in that they get elastomer straps, most of them brightly coloured.

The Watch Sport comes with an integrated heart rate sensor, along with an accelerometer and gyroscope for sporting applications. It’s splash and water resistant but not waterproof.

“You can, for example, wear and use Apple Watch during exercise, in the rain and while washing your hands, but submerging Apple Watch is not recommended,” say Apple.

It can communicate using Bluetooth 4.0 and has a battery life of up to 18hrs, according to Apple.

The 38mm version of the Apple Watch Sport weighs a claimed 69g with the 42mm model 78g.

The good news is that the Apple Watch Sport is the cheapest version, priced at £299 or £339, depending on size.

For more information on Strava, please visit www.strava.com. For more on the Apple Watch, go to www.apple.com/uk/watch.