Markus Storck, the brains behind Storck Bicycle, has initiated a new project titled ‘One of Seven’ with a series of specially designed products, from cars to watches and even wine, strictly limited to a production run of just seven items. 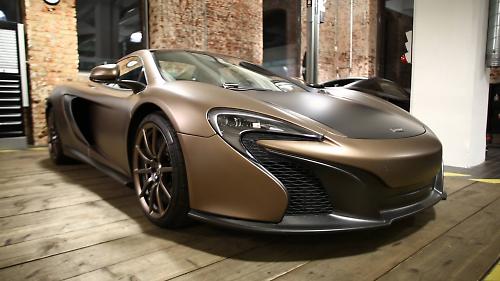 Storck is best known for producing extremely light and very stiff road bikes made from carbon fibre that always push the boundaries of bicycle design. And price; they’ve typically ensured exclusivity through high prices, though the Visioner C we’ve just got in for testing is quite a bit more affordable than previous Storck bikes we’ve tested.

Taking centre stage at the ‘One of Seven’ launch recently was this McLaren 650S supercar. It has a rather striking matt bronze paint job - that appears to change colour in sunlight, used with aim of creating a ‘unique automobile sculpture.’ Underneath the limited edition finish is a 3.8 litre twin-turbo V8 producing a whopping 641bhp, and the car has been put on a diet with extra carbon fibre panels lopping 40kg off the standard car weight.

Says Storck: “ The project aimed at making the McLaren ONE OF SEVEN a unique automobile sculpture. A vehicle that appears to be matte brown without being exposed to insolation and that becomes a unique bronze masterpiece in the sun or artificial light.”

According to Storck it’s the first time someone from the world of cycling has been so heavily involved in the design and customisation of such exclusive products, and most probably the first time a bicycle manufacturer has designed a car, it’s usually the other way around with limited edition bicycles to complement cars. 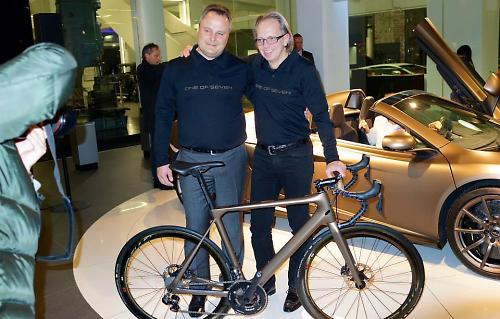 As well as the McLaren, Storck has created an Aernario Disc in the same bronze finish. There is also designer carbon fibre eyewear by BLAC, a Rolex watch in matte black created in collaboration with BLAKEN and wine in an exclusive packaging from the Balthasar Ress winery in Hattenheim in Rheingau, Germany. After this successful launch, we’re told there are more ‘One of Seven’ products coming soon.

You can find out more about Storck bicycles at www.storck-bicycle.cc