Storck's most affordable carbon-fibre road bike has arrived for testing. £1,799, since you ask (plus a couple of upgrades)
by Mat Brett

The latest bike to arrive at road.cc for testing is the second generation Storck Visioner C which, at £1,799 in a standard Shimano 105 build, is the most accessible carbon-fibre bike in the Storck range. Ours actually has a couple of upgrades that take it to £2,209. Our man Stu was so excited he came around to ride it off about five minutes after our photos were taken.

Storck bikes have a reputation for being high tech, high end and, consequently, highly expensive. While it’s true that Storck don’t offer anything super-cheap in the range, these days there are several more affordable options in (yes, it’s all relative, of course) with complete road bikes starting at £1,549; that’s for a Visioner Alloy in a Shimano 105 10-speed build. 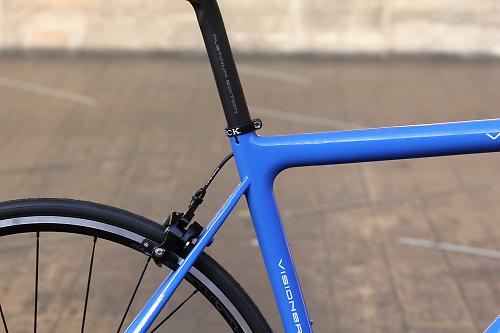 Storck divide their road bikes up into Race Classic models (the Fascenarios), Race Aero models (the Aernoarios and Aerfast), and the Performance models (the Visioners, the Sceneros and the Scentron). As the name suggests, the Performance bikes are designed for riding fast: racing, sportives, ranting about at the weekend... 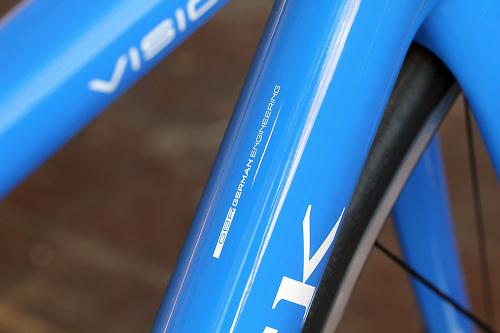 The Visioner C is a full carbon-fibre frame – that’s what the C stands for – based on the more expensive Scentron. With large diameter frame tubes, especially the down tube and head tube, it has the kind of look we’ve come to expect from Storck over the years. Storck promise a super-stiff bottom bracket (the BB is PressFit 86.5mm standard) for the efficient conversion of your power into acceleration. Of course, pretty much every brand promises that but it’s one of the features most associated with Storck so we don’t imagine they’ve compromised on this. That’s a guess, though. We’ll soon find out for sure once Stu has got the miles in. The thickset head tube is designed to provide precise steering, another feature that’s common to all the Storck bikes that we’ve ever ridden, and Storck’s Stiletto fork that fits in there is a lightweight full-carbon option. The seatstays, on the other hand are very skinny. Like the chainstays, they have a revised carbon layup over the first generation Visioner C, the intention being to dampen vibrations from the road, comfort being the new black. 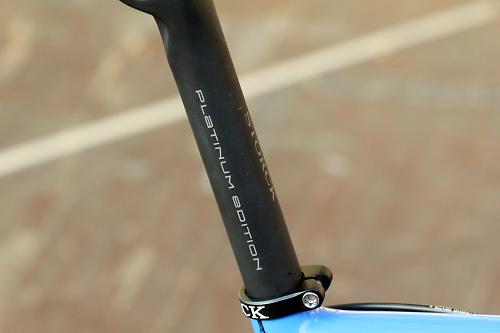 The Visioner C that we have in for review is also equipped with Storck’s carbon Platinum Edition MLP 135 seat post (31.6mm diameter) which is designed to provide some give. It’s very similar to (and a bit lighter than) the MLP 150 post that we had fitted to the Storck Aernario Platinum road bike  we reviewed last year and that did a great job, so we’ve high hopes here.

That seatpost, available for both Monolink and dual rail saddles, isn’t a standard item on the Visioner C in a Shimano 105 build, but it is on the more expensive Ultegra and Dura-Ace versions. Normally, the 105 model that we have would come with an alloy SP250 post. I would cost you £180 to upgrade. 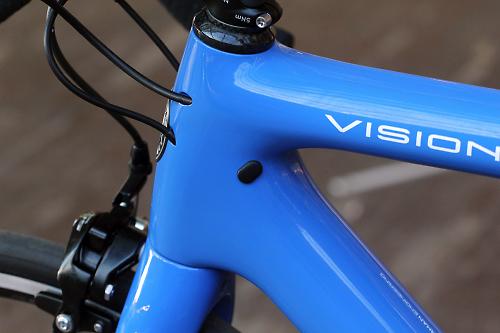 The cable routing is internal and it’s compatible with both the mechanical shifting that we have here and with electronic. Indeed, this frame is available in two Di2 builds: the Shimano Ultegra one is £3,349 (Ultegra mechanical is £2,449) and the Shimano Dura-Ace build is £5,559 (Dura-Ace mechanical is £4,349). 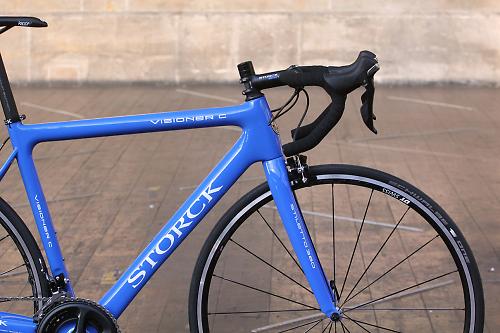 One other feature of all of Storck’s frames is what they call Proportional Tubing. Essentially, this means that each frame size is designed to offer exactly the same stiffness-to-weight ratio and ride character as all of the others. Various other manufacturers promise the same although they use different terms to describe it. As mentioned, our Visioner C comes with a Shimano 105 11-speed groupset. That extends to both mechs, the shifters, brakes, compact chainset, cassette and chain. The wheels are DT Swiss R23s with Schwalbe One tyres while the saddle is a Prologo Nago Evo T2.0. The stem is Storck’s own alloy ST115 and in most cases the handlebar would be another alloy offering from Storck. Our review bike has had a £230 upgrade, though, to Storck’s carbon RBC 180 road bar. 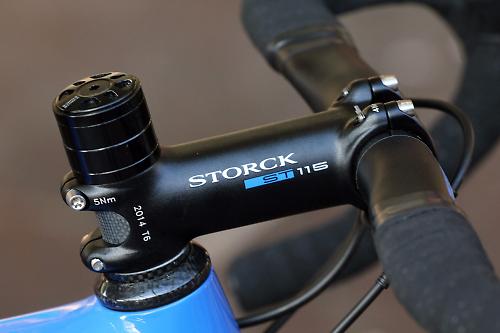 So, without the two upgrades our Visioner C would be priced at £1,799. With the seatpost and handlebar upgrades it’s £2,209, and we’ll be reviewing it as such. Putting those upgrades to one side for the time being, the closest road bike in terms of price that we’ve reviewed on road.cc lately is the Rose Xeon Team GF-3100 at £1733.64. That bike has an aluminium frame and an exalted Shimano Ultegra Di2 groupset, although that’s very unusual for a bike of this price. The Visioner C, by the way, is available through all Storck Dealers at 0% finance.

As I said, Stu has already nabbed this bike and is out there on the roads already so the review shouldn’t be too far off. If you want more info in the meantime, go to www.storck-bicycle.cc.