Vulpine has unveiled its spring and summer 2015 clothing range, with the highlights including a new waterproof jacket that company founder Nick Hussey claims is the “the best waterproof in cycling,” plus a new Oliver Spencer collaboration, an updated merino top and new women's shorts. The Waterproof Gill Jacket (£229) is the company’s new dedicated waterproof cycling jacket. It’s constructed from a durable ripstop 2.5 ply fabric with a waterproof rating of 15,000mm and breathability of 15,000g/m^2, up there with the best modern fabrics. In fact, it looks like a similar fabric to the very excellent Madison Apex waterproof jacket I tested last year.

In layman's terms those numbers mean the fabric will keep the rain out, but let your sweat moisture escape, avoiding overheating. If you're wondering, the breathability rating is tested by measuring the rate at which water vapour passes through the fabric in a 24 hour period, and expressed as water vapour per square metre (g/m2). Despite that, Vulpine has added vents, but it claims to have taken inspiration from the way a fish travels through water in the design of the vents. In much the same way as fish’s gills are angled, so the vents in the side panels are angled. They let hot air you’ve generated escape without compromising the waterproofness by letting the rain in - the angle of the vents prevents water running into them and there are also rain guards for double protection. Can you see where the name of the jacket comes from now? It’s an interesting concept, we look forward to testing it out. The jacket is put together with taped seams and the shoulders have been reinforced for lugging a backpack on the commute to work. The YKK zips are waterproofed, the arms and shoulders are pleated to improve fit and the arms feature elasticated Lycra cuffs. At the back is a removable and reflective storm flap, and on the front is a waterproof chest pocket. Vulpine clothing is designed to function well off the bike and the Gill features a hood. It’s a cycling-specific fit with a bonded peak and cord adjusters. There isn’t much call for a hood when cycling, though some commuters do find them a useful addition, especially if caught short and you don’t have a hat or cap. The hood can be removed completely.

When not needed, the Gill jacket can apparently be rolled up small enough to fit a regular cycling jersey pocket, making it an ideal addition for the sort of unpredictable weather we’re experiencing at the moment.

It’s available in a range of colours and sizes for men and women. 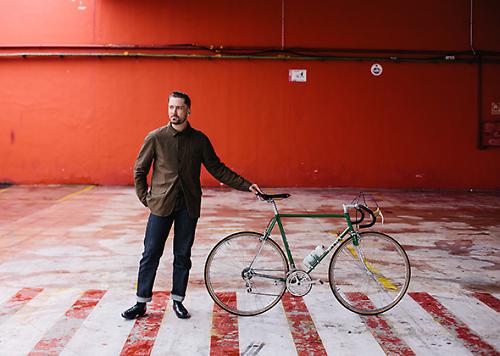 The next new thing from Vulpine is the Oliver Spencer X Vulpine Barragan jacket (£309). Vulpine has teamed up with leading menswear designer Spencer in the past, producing the limited edition tailored blazer that road.cc reviewed not so long ago. Proving that, despite the hefty price tag, there’s an appetite for this sort of collaboration, they’re at it again with the Barragan jacket. 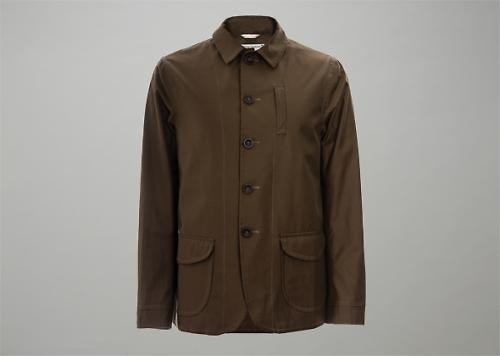 It’s a modern and cycling functional jacket made from a showerproof fabric and is intended to be a good choice for city riding and urban commuting in rapidly changing spring conditions when a blast of rain is very likely. There are reflective strips under the collar, exposed when you flip the collar up, and at the cuffs, to be rolled back when on the bike. There’s another reflective tab buttoned inside the jacket that can be attached across the neck for longer stints on the bike. Other details include plenty of pockets, six in fact, with a zipped rear pocket. The body and arms are fully lined and there are taped seams, and the fit is designed to be comfortable on the bike, with an ‘action’ back opening up when riding on the bars, which also acts to reveal the reflective trim. Oh, it’s also made in the UK, which is a nice detail.

Check it out here. 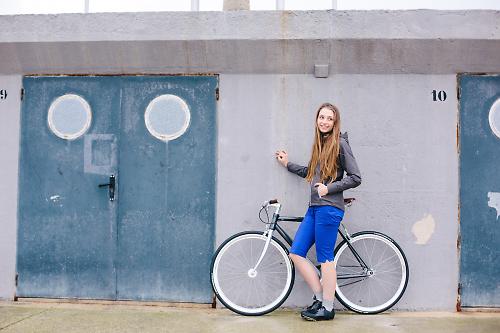 Vulpine has update its summer shorts with the launch of the new women’s Summer Capri short (£75). They’re a three-quarter length short using a lightweight poplin fabric with 4-way stretch, with a cut that is more generous than the previous summer shorts, so they’re equally comfortable off the bike whether walking along the beach or hiking, as they are on the bike. They could be perfect for daily commuting or equally for summer touring. 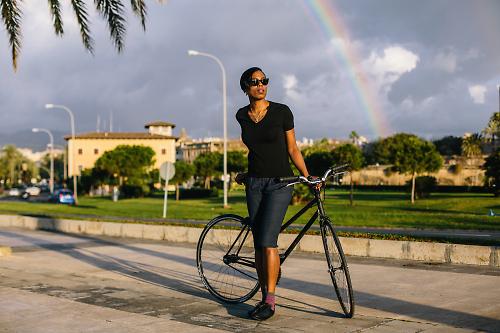 They get plenty of details, like two zipped hand pockets and two buttoned rear pockets, a hidden diamond gusset so there’s no uncomfortable seams to sit on, and they’re cut higher at the rear There’s a zipped fly, belt loops and the seams are taped and bound. Rounding out the new spring/summer 2015 highlights from Vulpine is the Merino Henley top (from £75), which replaces the Merino Button jersey. The new Henley is based on the Button, but has a more relaxed and casual fit. It’s still made from 100% merino wool with flatlock stitching throughout, no labels to irritate and engraved buttons and a rear buttoned jersey, and a bit of reflective detailing.

All the clothing is available now from www.vulpine.cc

1
Car wing mirrors studded with spikes reported to Greater Manchester Police
2
Reaction as Transport for London pauses See their Side ad campaign following backlash
3
Cyclist shot by hunter who says he mistook him for a rabbit
4
Transport for London slammed for “victim-blaming” road safety ad (+ video)
5
Are world leaders "delusional" when it comes to active travel? COP26 discussed, plus how to layer up for winter riding on episode 12 of the road.cc Podcast
6
Cyclist who broke motorist’s jaw cleared of assault – because of driver’s close pass
7
Near Miss of the Day 668: Cyclist almost taken out by corner-cutting driver
8
Row over Dorset cycle lane that drivers claim is “too wide”