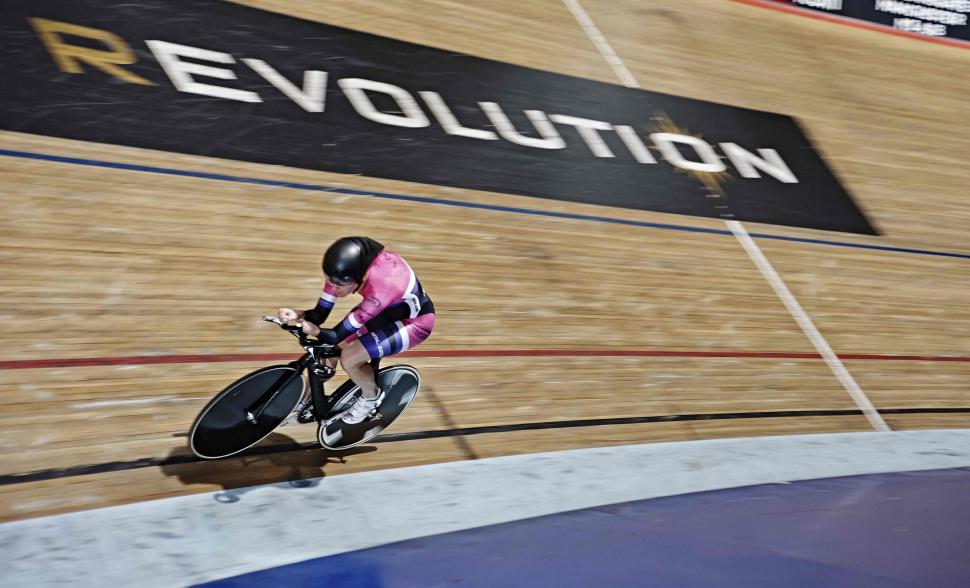 Dame Sarah Storey has missed out on setting a new women's UCI Hour Record at the Lee Valley VeloPark in London, riding 45.502 kilometres, a little over two laps shy of the distance she needed to overhaul. She does gain the British record.

Riding on the same track where in 2012 she won two of her 12 Paralympic gold medals, Storey was the first woman to attempt the record since the UCI's rule change last year.

A third of the way in, at 20 minutes, whe was three and a half seconds ahead of the split time achieved by the current record holder, Leontien van Moorsel of the Netherlands, set at altitude in Mexico City 12 years ago when she rode 46.065 kilometres.

By the halfway point, she was neck and neck with van Moorsel's record but then started to fall behind, despite the efforts of the crowd - including several of the British riders who won Olympic gold here in 2012 such as Joanna Rowsell and Laura Trott - to help her turn it around.

Storey's attempt is the second furthest distance ever covered by a woman in an hour and the effort left her spent, but she quickly recovered for a lap of honour.

Afterwards, she said: "It was definitely the hardest hour of my life.

"I came in here hoping to go further than 46km, but to break the British record, I'm really chuffed.

"It's not as far as Leontien but to miss out to her is no bad thing."