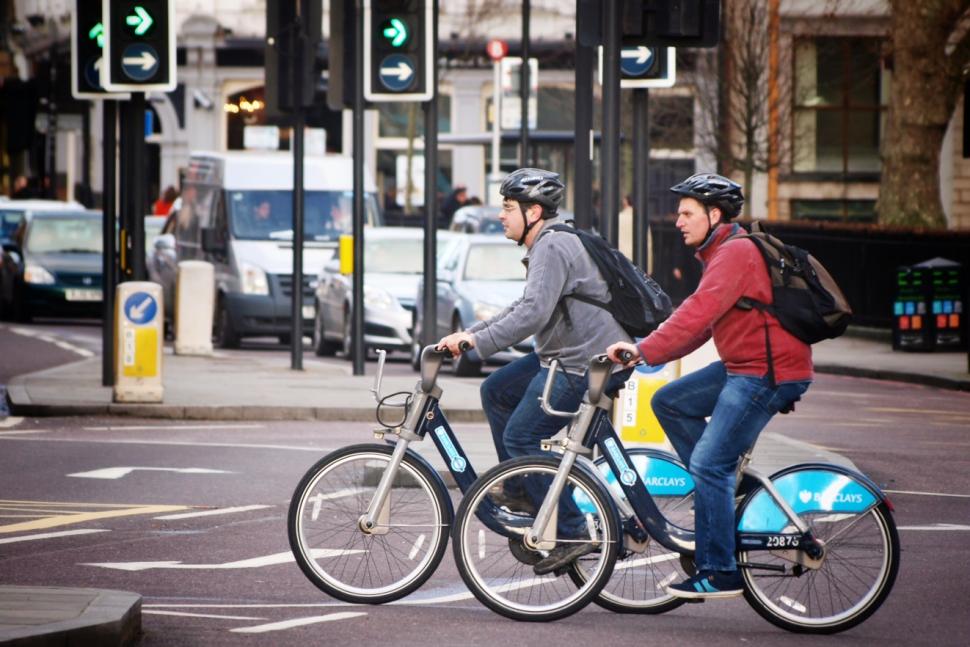 Boris Bikes to turn red and white, scheme to be renamed Santander Cycles
by Simon_MacMichael

Santander has today been confirmed as the new sponsor of London’s cycle hire scheme in what Transport for London (TfL) claims is the world’s biggest public sector sponsorship. The £43.75 million, seven year deal will see the scheme renamed Santander Cycles, with the navy blue ‘Boris bikes’ getting a new red and white livery.

Bikes, as well as docking stations, service vehicles, staff uniforms and membership keys, will be rebranded from April onwards, and a Santander Cycles app will be launched which is said to make it easier than ever to hire a bike.

Mayor of London, Boris Johnson, commented: “As everyone knows, London buses, phone kiosks and post boxes are red. In Santander Cycles, we have a new red icon symbolising the capital to Londoners, and the world. Santander's marketing expertise will help us take the Cycle Hire scheme to a new level, and I am thrilled to welcome them.

“With my Cycling Vision about to bear fruit in new Superhighways, Quietway cycle routes and better junctions, there will be more opportunities than ever for Santander Cycles. It couldn't be a better time to get involved in cycling,” he added.

According to TfL, the deal will be worth £6.25 million a year over seven years, with an option to extend for three years, “plus a further £1 million a year for the fixed term in an activation fund for marketing and promotion.” The contract does not cover the capital’s Cycle Superhighways.

That compares to £5 million a year under the previous sponsor, Barclays, which controversially managed to claw some of that back when performance targets were not missed; it is believed there is no similar clause in the new contract.

Santander UK CEO Nathan Bostock said: `The Santander Cycles scheme is a great example of our commitment to supporting the communities in which we operate across the UK.

“We are committed to making the experience of using Santander Cycles as simple, personal and fair as possible.

“It is why we will launch a world-first app to enable users to engage with the scheme from the palm of their hand; offer a more rewarding experience with cash back on every journey for customers of our 1|2|3 Credit Card; and why we will be looking to have Cycle Champions in all of Santander's London branches to help users make the most of the scheme and their city.”