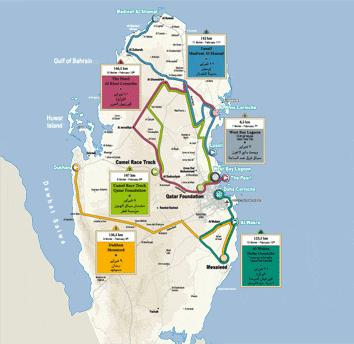 Will TeamSky pull a last-minute surprise?
by Tom Henry

Chicchi, of team Liquigas-Doimo, broke away from a pack of around 50 riders to steal the title, with German Heinrich Haussler (Cervelo Test Team) again finishing second, ahead of Argentinian Jose Juan Haedo of Saxo Bank. Dutchman Wouter Mol, of Vacansoleil Pro Cycling, retains the yellow jersey with a 15 seconds' edge of Belgium's Geert Steurs.

Stage 3 winner Tom Boonen finished 11th, and will have to make substantial ground in Stage 5 if he is to retain the Tour title.

“This is a special win for the team as we wanted to win for Franco,” he said. “We have decided to ride all through the race with a black band on our arms as a sign of mourning. It’s a small sign in memory of a great man who had a huge place in Italian cycling. This win is for him.

“The best sprinters in the world are here and they’re in great shape. We tried to pull to the front in the last few kilometres but there was too much chaos. At the final roundabout (Daniele) Bennati gave me a hand and I set off with 300 metres to go and it went well from me,” he added.

Meanwhile, TeamSky's senior sports director Scott Sunderland is hoping his riders will pull something dramatic out of the bag before the Tour finishes.

"We've brought a relatively young team here and although we've got the horsepower and the ability to punch out the big watts, we just need a little bit more cohesion,” he said. "But that's coming together now, I think the boys are just getting a step further every day here.

"At the finish today the guys were feeling really good about how everything was working so I think there could be more to come this week. We're improving all the time and by the last day I think we'll be right up there."