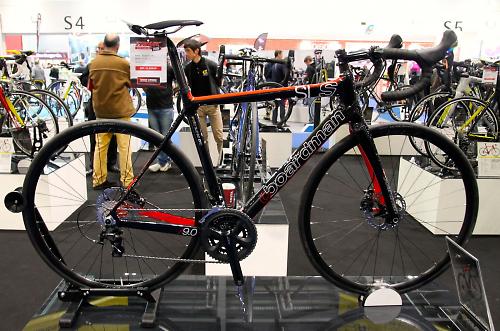 Next in the range is this SLS Disc 9.2, the only SRAM model in the range, with Force groupset with hydro disc brakes, with 160mm rotors at both wheels. It has CB Elite SLD/S wheels with Continental Ultra Sport 2 tyres. It costs £2899.99 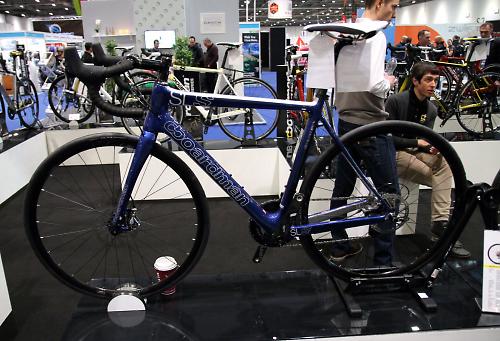 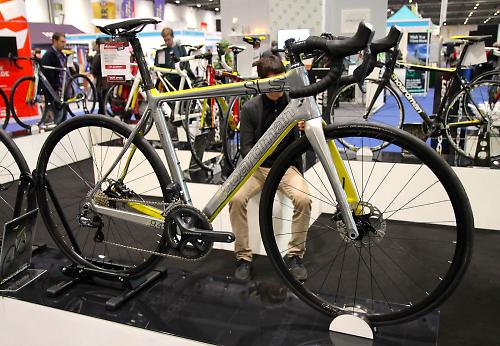 At the top of the range is this SLS Disc 9.8 Di2 with a Dura-Ace Di2 groupset and R785 hydro brakes and CB Elite SLD/R carbon fibre wheels with a 38mm deep-section rim and wrapped in Continental Grand Sport Race tyres. It’ll cost £4999.99. This model has a claimed weight of 7.6kg. 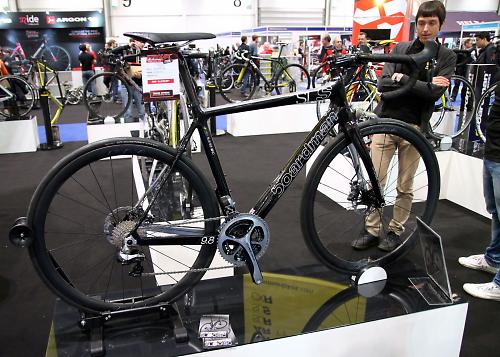 The SLS Disc will also be available as a frameset if you prefer to build your own bike. We don’t have a price for that at the moment. 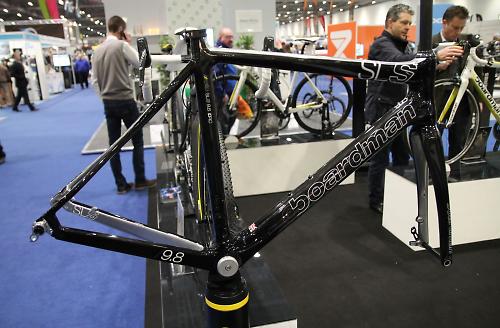 Each bike uses the same frame which is constructed from a combination of Toray 800 and 1000 carbon fibre. The frame weighs a claimed 950g with the new fork weighing in at 400g. The frame features such modern details as a PF30 bottom bracket and internal cable routing, and of course it’s Di2 compatible. There will be seven frame sizes available. The big news is that Boardman has incorporated thru-axles on the new frame. The new SLS Disc frame features a 15mm front axle combines with a 142x12mm rear setup, borrowed directly from the mountain bike world. Boardman has dabbled with thru-axles with its CXR cyclo-cross bike previously. 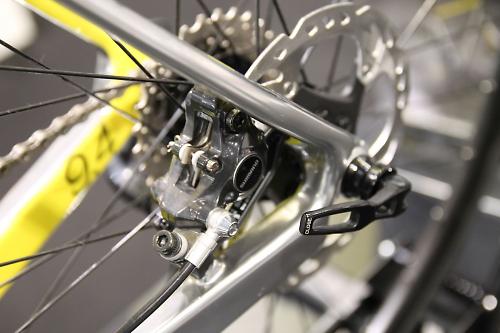 There’s a big debate at the moment about whether the future of disc-equipped road bikes includes thru-axles. Most manufacturers of disc road bikes we’ve seen so far have kept with regular quick release axles, but there is some speculation that the future of disc-equipped road bikes is one that revolves around thru-axles. Time will tell on this one. Boardman has developed its own wheelset for the four bikes, finding the choice of aftermarket wheels lacking, so developed both an aluminium and carbon fibre wheelset for the new bike, using hubs compatible with the larger diameter axles. 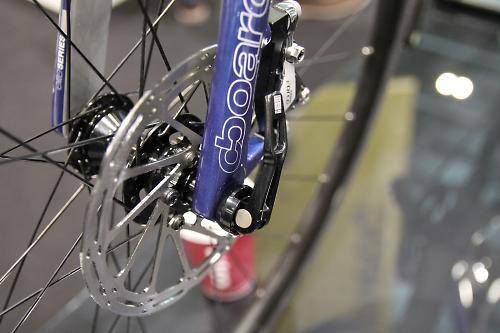 The new bike uses the same ‘endurance race’ geometry as the regular SLS it is largely based on, which means it is slightly more relaxed than the out-and-out SLR race bike. That doesn't mean it's as relaxed as many endurance and sportive bikes, it's still pretty racy. The medium size bike combines a 55.5cm top tube with a 160mm head tube and 73 degree seat and head angles. 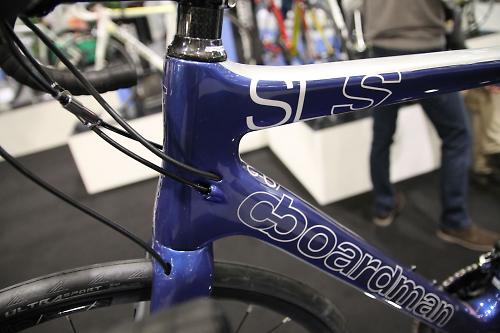 One interesting number on the geometry chart is the 410mm chainstays. Shimano actually recommends a 415mm chainstay minimum for bikes with disc brakes to maintain a clean chain line, which is why we’ve mostly seen endurance and sportive bike being being released with disc brakes. We're sure Chris Boardman, who is heavily involved in the development of the bikes bearing his name, and well-known for his attention to detail, won't have left anything to chance. 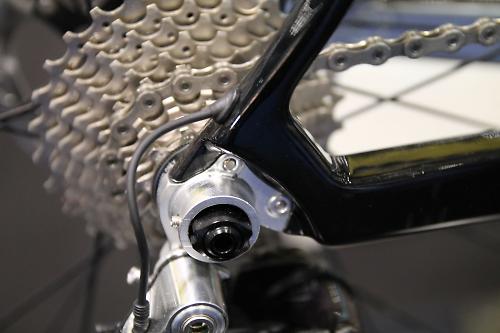 There’s a brand new fork, which weighs 400g and has the brake hose internally routed. The rear brake is internally routed too, and it’s the same for the gear cables, or wiring if you choose a Di2 model. The bike has clearance for wider tyres up to 28mm. 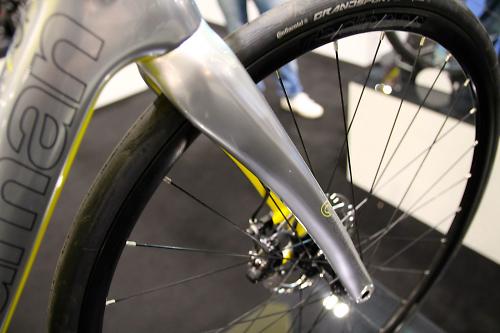 We'll be looking to get one of these in to test pretty sharpish. The bikes aren't currently listed on the www.boardmanbikes.com website but they should be there soon.