This is the £2,000 Tarmac Comp from Specialized. It comes with a full carbon fibre frame and fork, Shimano Ultegra components and Fulcrum Racing wheels and has just arrived into the road.cc office for review, but here's a quick rundown of the key details before it hits the road.

It's a Tarmac SL4 frame, a model that was first introduced in 2011 and was still being raced at the highest level as recently as last summer, when it was replaced at the top of the company's range by the new and updated Tarmac. The Tarmac is Specialized's go-to race bike, and has been hugely popular with amateur racers at all levles and has won some of the biggest pro races, including the Tour de France. 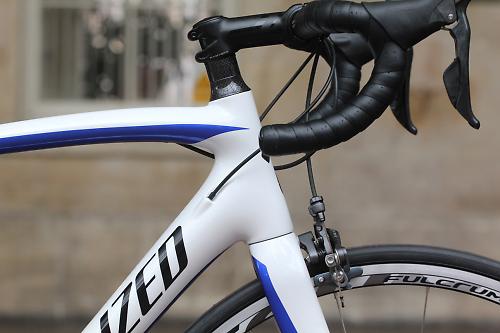 While the new Tarmac is used for the six top models in the range, the older SL4 frame is used for the three cheapest bikes in the lineup - this Tarmac Comp is the most expensive SL4 available. Above it is the Tarmac Expert which uses the newer Tarmac frame, but costs £1,000 more than this bike, a substantial extra investment if you want the newest frame.

That the new Tarmac isn’t a massive technological leap forward isn’t that much of a surprise, the SL4 was highly regarded as offering the right blend of lightness, stiffness and handling that made it popular with amateur racers and performance minded cyclists. And while the new bike has come about, it doesn't mean the SL4 frame isn't still a decent choice. Having recently ridden the new Tarmac, it will be interesting to hop back onto the SL4 to see how it compares. 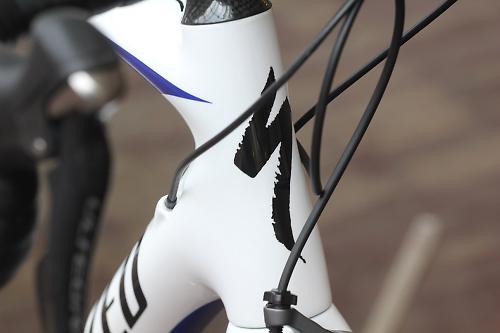 That’s the briefest of history lessons over, now let’s get into the nitty gritty of the Tarmac Comp before it hits the road.. The frame is made from Specialized’s FACT 9r grade carbon fibre (that's lower grade stuff that used in the more expensive models) with full internal cable routing - the rear brake through the top tube and the gear cables through the down tube. It’s Di2 compatible, providing an nice upgrade option down the line if you want it. 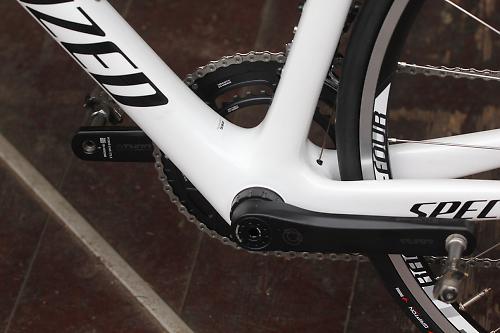 Specialized have equipped the frameset with a largely Shimano Ultegra 11-speed groupset, with the exception of the chainset, which is a Praxis Works Turn Zayante unit plugging into the BB30 bottom bracket. I’ve used Praxis Works chainrings before, but not their new chainsets yet, so it’ll be interesting to see how it compares to an Ultegra chainset. Out back is an 11-28 cassette so plenty of gears for scaling steep hills if you fancy yourself as a bit of a climber. 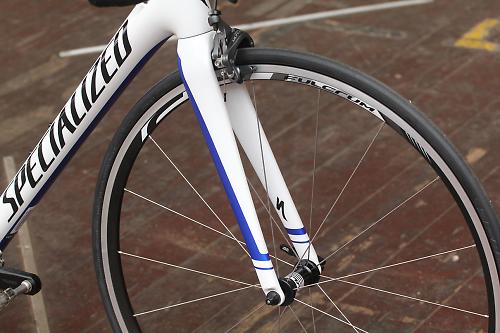 For the wheels Specialized have turned to Fulcrum (a sub-brand of Campagnolo) and fitted these S4 wheels. These aren’t a wheelset you can buy off-the-shelf, they’re produced especially for Specialized. Apparently we’re led to believe they’re a Fulcrum 5 hub laced to a Fulcrum 3 rim. Specialized, like most of the other big bike brands, produce their own range of tyres and we find 23mm wide Turbo Pro tyres with a 127 tpi carcass and BlackBelt puncture protection. 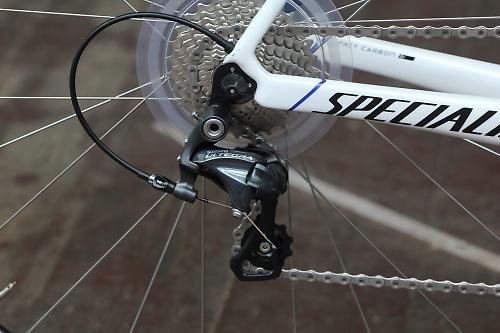 All of the finishing kit - that’s the stem, handlebar, bar tape, seatpost and saddle - are from the Specialized catalogue. A Body Geometry Toupe Comp Gel saddle with hollow chromoly rails to save some weight is fitted to the 27.2mm seatpost. The handlebar is a shallow drop design, with a 125mm drop and 70mm reach, so an accessible handlebar. On the scales, the Tarmac Comp weighs 8.24kg (18.16lb), for the 56cm size bike we have in for test. 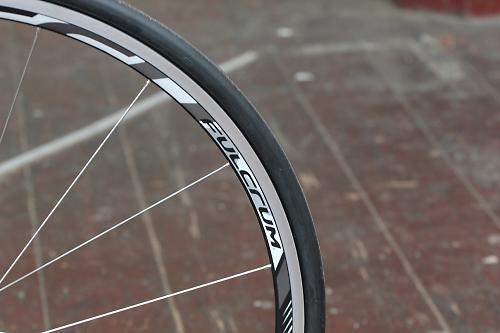 The Tarmac Comp is £200 cheaper this year so you’re getting more bike for your money. £2,000 is a hotly competitive price point and there are a lot of choices if you have this sort of budget to play with. With the Specialized you’re getting a genuine race-proven frameset and that will add a lot of value for many people, and the frame certainly presents a good upgrade path should you want to invest in a bike with a good frame, and replace the parts as they wear out. 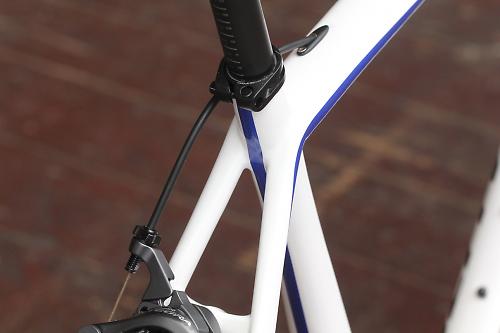 If you want some comparisons though, there’s Cannondale SuperSix Evo Carbon Ultegra (£1,999), which is a similar proposition to the Tarmac in that it’s essentially the same frame as raced by the professionals for the past few seasons. There’s also the new Trek Emonda SL5 which costs £1,900 and comes with a Shimano 105 groupset - you have to step up to the £2,300 Emonda SL6 if you want this frame with Ultegra, but worth remembering it's a brand new frame only released last summer, so you're getting a more up-to-date frameset.

Find out more at www.specialized.com