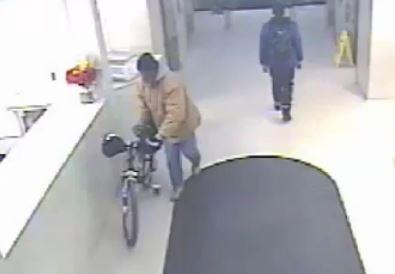 Video: Police officer's bike stolen as he responds to a call

Police in Philadelphia are looking for a man who last week stole a bicycle – which belonged to the local police department and was being used by an officer responding to an emergency call.

The bicycle was left on the ground floor of an apartment building while police responded to an incident on the fourth floor last Friday, says the Greenfield Reporter.

CCTV footage showed a man coming out of a lift, looking at the black Trek bicycle that had a ‘Police’ logo on its frame, then coming back to wheel it away a few minutes later.

As well as the bicycle, the thief also got away with a CPR mask and can of pepper spray that were stowed in a bag attached to the bicycle’s rear rack.