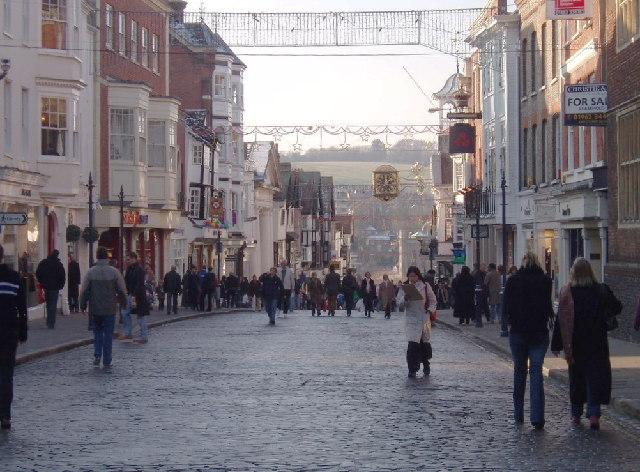 A Surrey cyclist is offering free bike training to people in Guildford who would like to cycle on the road but lack the confidence to do so.

Terry Duckmanton, who became National Standard Cycling Instructor when he worked at a school where children were given Bikeability training, has issued his invitation to people living in the Westborough district of the county town.

He told The Guildford Dragon: “Now that I have retired, I have time available to carry out a small scale experiment to see what happens when people are offered free cycle training.

“What I can offer is training to a group of five or six people in the Westborough area of Guildford. If you live within walking or cycling distance of the Co-op shop on Aldershot Road, then you could be one of them.

“The offer is open to everyone living in this area, if you would like to be able to cycle into town and back on your own – after suitable training of course.”

One of the reasons behind his making the offer is his awareness of the health benefits of cycling.

He said: “We are constantly being told that lack of exercise is very bad for our health and is costing the NHS an awful lot of money, but as a nation we continue to default to the family car as the normal form of transport.

“The average home to work distance for most people in the UK was nine miles in 2011 (from census data), a distance which can easily be cycled, but very few do.

“For the last 13 years of my working life I was cycling 11 miles each way between Guildford and Effingham, except in high winds or heavy snow. This saved me a lot of money and kept me reasonably fit and, as a bonus, commuting was actually fun.”

Speaking about providing Bikeability training to schoolchildren as part of his former employment, he said he “enjoyed watching the trainees blossom into capable cyclists who were able and indeed willing to mix in with the traffic in and around Effingham.

“Sadly, this course was offered only to students, and the parents had to contribute to the cost of training,” he explained.

“Some councils do actually offer free cycle training, sadly Guildford Borough and Surrey County are not among them.”

Besides offering free cycle training, he says he is happy to pass on advice on bike maintenance, and would also be interested in hearing from anyone else who would like to volunteer as a cycling instructor.

“The structure of the course itself would be tailored to the needs of the individual trainees, but would always aim towards the goal of being able to cycle into Guildford and back to Westborough,” he added.

The course will be offered as part of the Joining In! project operated by Voluntary Action South West Surrey.

David Rose of The Guildford Dragon is involved in the community volunteering initiative, and said: “Joining In! has been set up to help and encourage people of all ages to take part and volunteer in more activities in their community and for groups, organisations and individuals to help and support one another.

He added: “I have already spoken to The Guildford Bike Project and have put Terry in touch with them.

“The project’s recently revamped shop and community hub in Southway may well be the perfect venue for Terry to be based for his cycle training and bike maintenance courses, and where other volunteers could be based, once trained.”

What do you think of Terry's offer? Is providing cycle training to less confident riders in your own area something you would be interested in doing? Let us know in the comments below ...

1
Tubolito unveils ‘unpuncturable’ inner tube with one year warranty against flats
2
Video: Richmond Park driver intimidates female cyclist by beeping horn before overtake
3
Five cool things coming soon from Campagnolo, Giant, dhb, MAAP and Ale
4
New aero cycling kit that can only be bought if you prove your average speed is fast enough launches on Kickstarter
5
“The constant low-level bullying is starting to take its toll” – road.cc readers open up on the stress of riding on Britain’s roads, with one giving it up for good
6
Rapha launches lightweight titanium accessories for bikepacking with Snow Peak
7
Pothole reportedly caused crash in which e-bike rider died
8
Kickstarter campaign cancelled for kit available only to those who ride fast enough