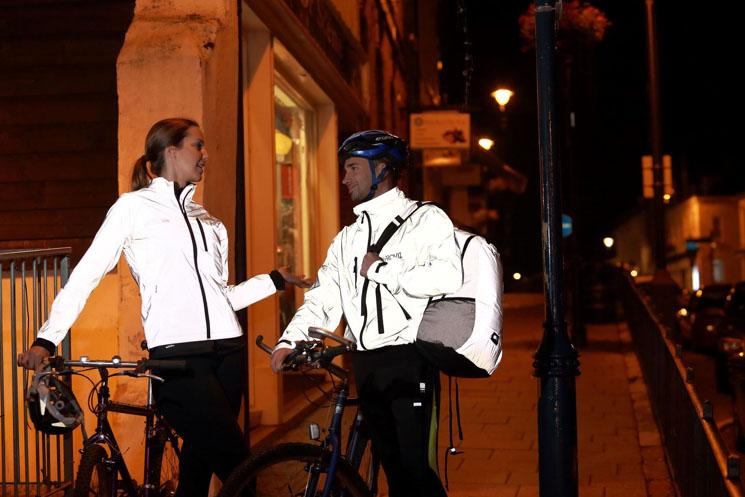 Cyclists in York have been handed free bike lights and safety gear to make sure they comply with the law and stay safe over winter.

Police outside York St John University handed out LED lights and reflective backpack covers to those without their own last week.

Sergeant Colin Sutherland, of York Safer Neighbourhood Team, told York Press: "The nights are getting much darker now and it is really important that cyclists take their safety on the roads seriously.
"Having lights on your bike which are in good working order is essential to ensure that other road users can see

you and make sure they make allowances for you.

“We have a number of lights available which City of York Council have provided, which we are giving out to people who need them to help them stay safe. The lights we have given out so far have been greatly appreciated by the recipients and the parents of young people we have given them to."

Councillor Tracey Simpson-Laing said: "Having lights on your bike can save lives. So, we fully support this campaign.”

Oxford has a famous annual crackdown by police that targets cyclists riding without lights.

The cyclists are issued £50 fixed penalty notices for riding without lights will avoid having to pay the fine if they can produce a receipt at a police station showing that they have bought lights for their bike.

The York initiative follows on from one in Worcester where 40 cyclists were handed free high-visibility vests and rucksack covers, flashing armbands and silicone lights earlier this month.

Police officers and staff from the Safer Roads Partnership waited on the A38 at The Tything educating riders on safety measures.