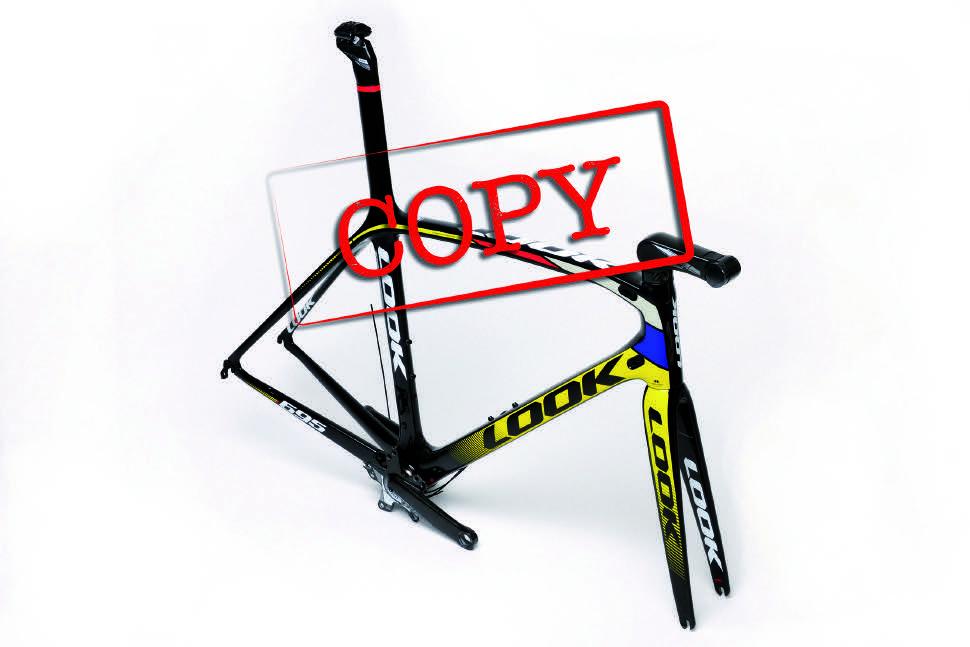 Look is warning that counterfeits of its 695 and 695 Light frames are being offered for sale in Asia and very recently in Europe, and says that these are potentially dangerous to the ultimate users.

“These Chinese-origin copies only have a visual resemblance,” say Look. “They have no relation to Look whose originals are not made in Asia. These counterfeit products are illegal and potentially dangerous. They do not have the performance qualities of our bicycles.”

Look say that if you want one of their products you should go only to Look-approved distributors and retailers. They’re listed on Look’s website. http://www.lookcycle.com/en/int/infos/trouver-un-detaillant.html

We reported way back in 2011 that FSA had identified manufacturers and sellers of fake versions of their wheels, chainsets, seatposts, handlebars and stems and, armed with the evidence, had them successfuly prosecuted by the police authorities in Taiwan on trademark infringement grounds.

Counterfeit versions of FSA products are still out there, however, the BBC’s Fake Britain recently reporting on an accident caused by imitation FSA mountain bike bars.

Even brands like Rapha are permanently monitoring the internet to shut down sources of fake versions of their clothing.

As ever, the advice is that if the price looks too good to be true, it probably is, but a higher price is no guarantee of authenticity.

If you have any doubt about the authenticity of a Look frame, email siteinternet [at] lookcycle.fr to check before you splash the cash.