This is the Look 695 belonging to Team Cofidis’s Daniel Navarro, the Spanish rider who finished 9th in the Tour de France last year. Navarro is a climber so he could come to prominence in the mountains... well he would have done, but Tour Tech curse strikes again and just as we were about to publish this article, Navarro wobbled to a stop in the feed zone of stage 13 today, and abandoned the race. 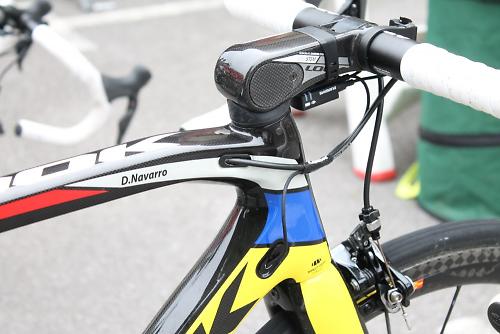 However, we won't let that stop us having a good look at his bike, it's lucky we photographed it the day before the Tour started.

The 695 Light is made using a 1.5K braid, and it comes with an oversized bottom bracket and a tapered head tube. Look say that their CFD (Continuous Fibre Design) concept means that the down tube, seat tube and stays wrap around the bottom bracket casing and extend without a break in fibres. 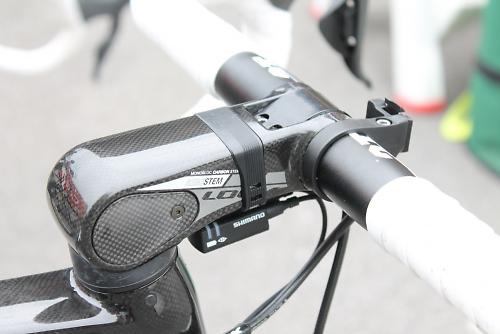 The bike features Look’s adjustable Aerostem up front which is made from high-modulus carbon with hidden stainless steel clamp screws to improve aerodynamics. It's nowhere near as heavy as it appears, Look claiming a weight of 149g. You can tilt the stem from -13° right up to +17°. Look’s Heat Fit 3 headset allows you to alter the stem height without affecting the headset adjustment. 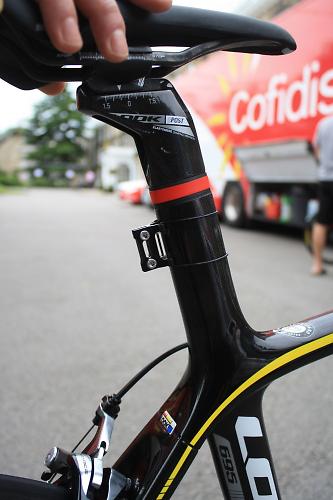 The seatpost, which sits in an extended seat mast, is Look’s E-post, the e standing for elastomer. There are actually three elastomers here, two internal ones as well as the external one that you can see, the idea, of course, being to absorb road vibration before it reaches the rider.

If you buy the bike, you can choose from three different levels of elastomer hardness to get the ride feel that you’re after. The E-post being non-round, you’ll always get the saddle pointing exactly forward. That looks like a BBB NumberFix Clamp on there which is a simple aluminium option with rubber O-rings to hold it in place. 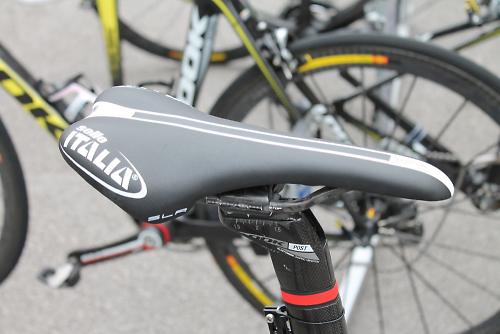 The saddle that Navarro uses is a Selle Italia SLR Team Edition with carbon rails and a claimed weight of 145g.

Look launched a new version of the 695, the 695 Aerolight, to great fanfare before the start of the Tour de France on Corsica last year. That one has the front brake hidden away inside the fork legs and a rear brake behind the bottom bracket. As you can see, the 695 we have here has brakes mounted in a more conventional way. 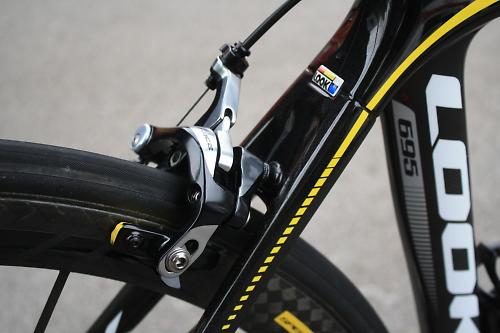 Cofidis use Shimano groupsets. All of the Shimano-sponsored teams use Di2 electronic shifting in the main, although some switched to mechanical shifting for the cobbled Stage 5 to prevent accidental shifts. Since then, though, normal service has been resumed. 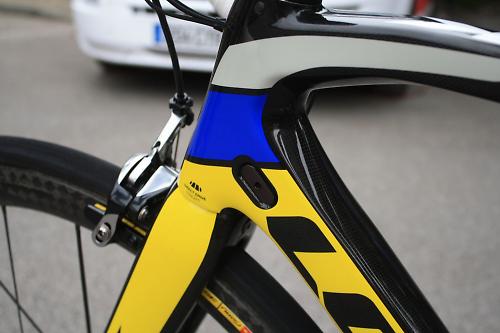 All Look 695 frames are compatible with both mechanical and electronic shifting. If, like Cofidis, you want to run electronic, you can remove the mechanical cable stops and plug redundant holes with Look's adaptor kit. 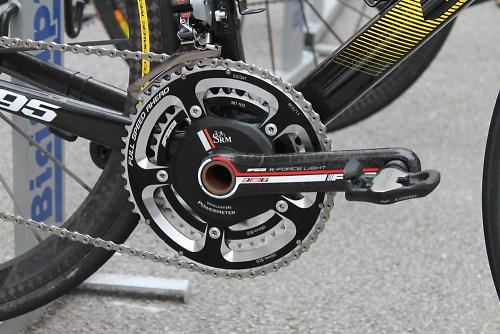 Cofidis deviate from the Shimano theme for the chainsets. This is an FSA K-Force Light chainset – K-Force being FSA’s top level kit – incorporating an SRM powermeter and 53/39-tooth chainrings. It’s for use with a BB386 Evo bottom bracket. 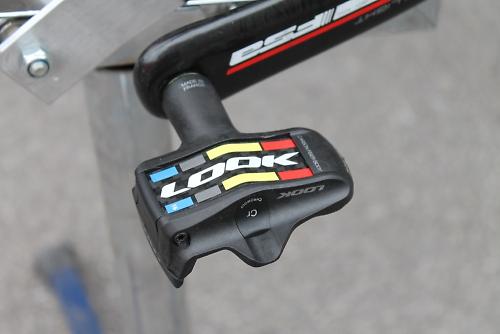 The pedals on there are Look’s Keo Blade 2s. 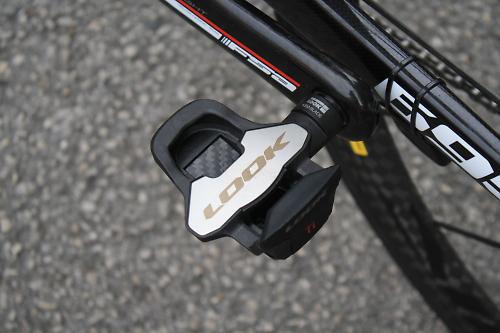 These are available with titanium axles although Navarro has the cromo version. The tension to hold on to the cleat is provided by a carbon leaf spring that’s available in three different levels 12, 16 and 20Nm. These are 16s. 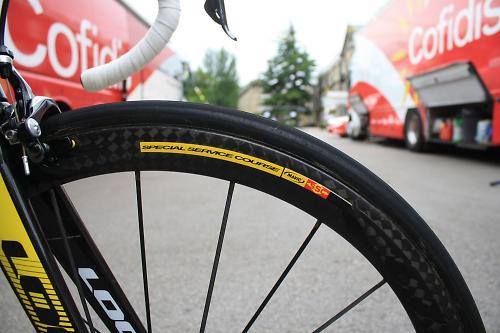 Mavic provide the wheels. These are Cosmic Carbone Ultimates that come in at £2,500 a pair. Pretty much everything here is carbon fibre: rims, spokes, hubs. The rims are 40mm deep with elliptical sidewalls designed to reduce drag, and the spokes are profiled to cut through the air. Mavic claim weights of 520g (f) and 665g (r), so 1,185g all in. 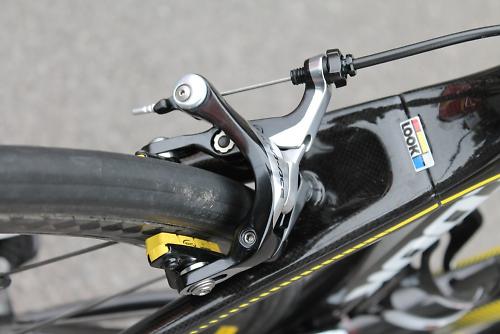 Those tyres are logoed up as Mavic too although all is not what it seems here. The tread doesn’t look like any of the Mavics we’ve ever seen and there’s a ‘Made in Italy’ marking on the sidewall. They look like rebadged Veloflex tyres to us.