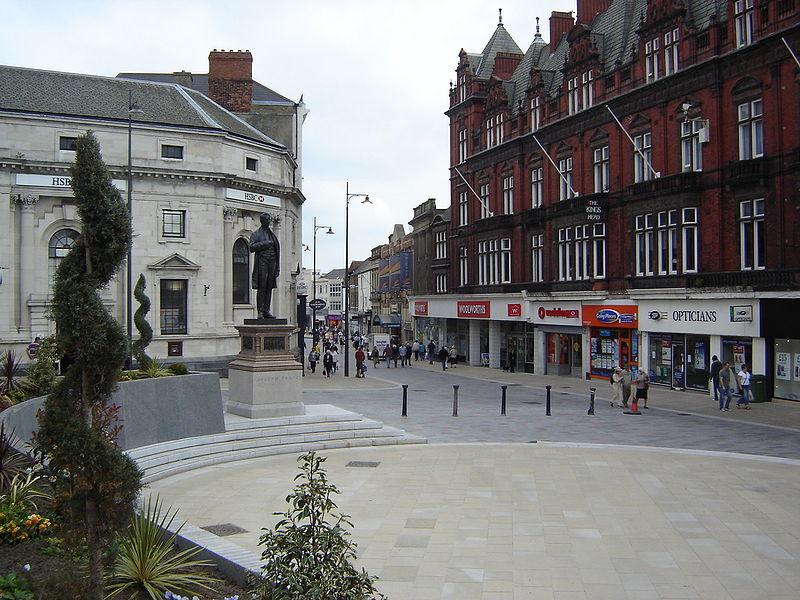 If there were no bikes, no-one could have been injured riding one, says councillor
by Sarah Barth

Some councillors in Darlington have suggested a ban on cycling in the town centre following an incident in which a pensioner was left with life changing brain injuries following a fall from his bike.

Brian Coates, 74, was walking in the town centre in September when he fell on to his head. Witnesses suggested he may have been startled by a group of young boys on bikes who were seen in the area.

With the support of Mr Coates’s family, Cllr Coultas and Cllr Bryan Thistlethwaite are now calling for a ban on cycling in the town centre altogether.

At a meeting reported by the Northern Echo, Cllr Coultas said: “Mr Coates had massive bleeding on the brain and is lucky to have survived.

“His family are devastated and their lives have completely changed.

“If those bikes had not been there, this accident would not have happened.

“The data shows no accidents until this one have been reported but one accident is too many and that data fails to show all the near misses.

“The fear is out there and it is preventing some people from shopping in the town centre.

“On behalf of Mr Coates’ family and all those fearful of shopping in Darlington because of the danger of being struck by a bike, I am calling on the council to begin the process of banning cycling in the town centre pedestrian heart.”

Mr Coates remains in hospital following the fall in Skinnergate.

Not all local councillors supported the idea of a ban, however.  Councillor Dot Long said: “We allowed cycling in the pedestrian heart because we allowed for cyclists’ safety and didn’t want to push them onto the ring road.

“As a cyclist myself, this issue is about common sense and consideration for others – the figures demonstrate that the majority of cyclists do follow those rules and if it’s a crowded place, most will get off their bikes and walk – tackling those who don’t is a police matter.

“To go straight to a ban is ill-conceived. It’s very difficult to put that message across here in the context of this incident and I hope this doesn’t seem tasteless, but we haven’t banned cricket because of the dreadful thing that happened to Phillip Hughes.”

Local reaction to the idea of a ban was mixed. One commenter online said: “This is a complete over reaction to something which may (or may not) have happened. There are frequent deaths caused by motor vehicles reported in The Echo and yet never any calls to ban motor vehicles.”

Another disagreed however, saying: “I would hate to see anyone else in the position of Mr Coates and his family if it can be avoided.”

Back in 2009, we reported on a study that concluded that cycling through Darlington’s pedestrianised town centre poses no threat to shoppers.

Four years after it was proposed, cycling through the town centre was given the green light in 2008.

From January to March, the police recorded no incidents involving cyclists within the town centre area.

Full support was given for the cycling in the town centre proposals as the result of a successful trial period, although council officers promised to monitor the situation.

A council report on the situation at the time said: "The data that has been collected appears to show that cycling levels are continuing to increase into the town centre whilst accidents do not appear to be increasing."

A code of conduct for cyclists was been drawn up, with copies of the code handed out, along with safety equipment including lights, bells and high-visibility vests.